The Art of An Auction

Our agent has called her client and informed her that she has a substantial pre-empt offer for her narrative nonfiction proposal. Should they take the deal on the table or roll the dice and wait for the results of the auction the agent has scheduled the next day?

There are seven houses that have intimated that they are going to bid. The clock is ticking. The agent has to get back to the pre-empt offering publisher before 5:00 or the dinero falls off the table.  It’s 4:47 PM on a Tuesday.

The agent walks her client through the options one more time:

The client should know that if she accepts the pre-empt, every other publisher that registered interest will undoubtedly tell the agent that her client made a mistake.  They will tell her that they were prepared to offer a much higher guaranteed payment than the one the client accepted.  Plus they will be upset that the agent did not give them the opportunity to make an offer.

But because she’s a pro, the agent made it clear to all players numerous times on the phone and in emails that “barring a pre-empt” she would conduct the auction at noon in the middle of that week.  The subtext of that phrase is “if you really want the book, you should make your best offer before the auction and take it off the table.” The publishers that decided to wait for the auction were making a bet. They were gambling that no one would make a pre-empt.

That’s not a bad bet in today’s environment as advances have fallen precipitously since the panic of ’08. (They are coming back now that publishers have seen that eBooks are not the end of their world) Now that someone has taken the plunge and thrown down to acquire the client’s proposal immediately, the other publishers are no longer in control of their own destiny. (If two publishers make pre-empt offers within hours of each other, the agent will usually start the auction immediately using the highest offer as the entry point for any other interested publisher.)

The agent tells the client that if she accepts the pre-empt, they will have to let these comments roll off their backs. The client still doesn’t really understand the inside baseball. So the agent explains the dynamic as a Catch 22. Publishers hate it when agents accept pre-empts without giving them a chance to bid, but if they are the ones making the pre-empt offer they expect an exclusive and confidential negotiation. Reminding those who did not get a chance to bid of this double standard (How would you like it if I shopped your pre-empt offer?) usually puts an end to their protestations.

The agent then explains to her client the fact that most auctions do not have more than three players. Often there are just two. And there are times when one and even none show up.

Publishers are notorious for taking a final gut check the morning of an auction and talking themselves out of making an offer. The question, how much do we really want or need this project? is batted around ad nauseum.

Thus, having big demand before the actual auction is all very well and good, but if no one bids, the end result is excruciating. The agent has successfully exposed the project to all the right editors and it was met with excitement, but for any number of reasons beyond the agent or the client’s control, the bottom line is that no one is willing to open up their wallet. The inflated expectations of the client that have been pumped up by the agent’s savvy handling of the submission, pop on a cold Wednesday at high noon.

No agent wants to make the phone call at 12:01 P.M. to tell her client that no one came to the auction. It’s worse than root canal. The agent must console the client. All the while the agent knows that seven months of her life working with the client to make this proposal sing will amount to diddly squat added to her bank account. That’s show biz.

“So we should take the pre-empt?” asks the client.

Not so fast, says the agent.

Will the house offering the pre-empt really not bid in the auction the next afternoon if the client decides to turn down the offer? Chances are the publisher loves the project and wants to publish it.  They wouldn’t have made the pre-empt if they didn’t.

So if she had to, the agent would bet that the pre-empt house would be disappointed that they couldn’t take the project off the table, but would still show up the next day. But their offer would probably be less than the level of their pre-empt.

So, the agent reasons that if they decide not to take the pre-empt, there will still probably be at least one offer at the auction the next day. And not taking a pre-empt is a keen psychological tool to use for the auction.

The agent explains that after they make the decision not to take the pre-empt, the agent would alert the six other publishers that would potentially be bidding the next day that she had turned down a “pre-empt.” That information will stoke the fires of the other bidders and perhaps push the decision makers the next morning into the “We must have this book!” category instead of the “We don’t really need this book.” category. With the right project, turning down a pre-empt not only increases the odds of having multiple bidders, but increases the odds of having higher bids (assuming the rules of this auction are “best bid”).

Turning down a pre-empt tells the all of the other interested parties that one of their competitors is very bullish on the project.

If another conglomerates wants it enough to try and pre-empt, we must take a harder look at what we’ll bid for this book, thinks the others still interested.

So should we turn down the pre-empt? asks the client.

Not necessarily, says the agent.

One of my jobs, says the agent, is not only to get you market price for your work, but to make sure that the publisher you end up with is the right fit. Say you invented a killer APP instead of a book proposal. Would your APP perform with more verve if you were to license it to APPLE or MICROSOFT or GOOGLE or YAHOO or AMAZON?

What if the APP required the right platform to get the kind of recognition it deserved? Is it a shopping APP? Then maybe AMAZON would be the best place for it. Even if Google offers more money than AMAZON, chances are that AMAZON would use and promote it in a much more dynamic way. So if I were a good APP agent, looking out for both the long term and the short term for your work of art, then I would advise you to sell it to AMAZON. Even though the guaranteed money they offered was less.

The client gets it. One publisher may be a better choice than another based on their publishing acumen even if they don’t put up the highest bid.

In most cases, after this sort of back and forth about the pros and cons of taking the pre-empt, the client will defer the decision to the agent. The client has spent months writing the proposal. The offer is more money than she could have hoped for and she wisely decides that she’s in way over her head. There is no way she can make a rational decision. She’ll let the agent make the call. That’s why she agreed to tithe 15% of her earnings on the book to her in the first place.

Then the agent says, “Remember when we started talking about this project seven months ago, I told you I thought the perfect editor and publisher for your book would be Henry Miller at the Cosmodemonic Press?”

“That’s who is making the pre-empt offer,” says the agent.

“Why didn’t you tell me that in the first place?”

The agent calls Henry Miller at 4:59 and says, “We’re close…If we can agree on territory, payout, and delivery date and…if you can find a smidge more on the advance, we’ve got a deal.” 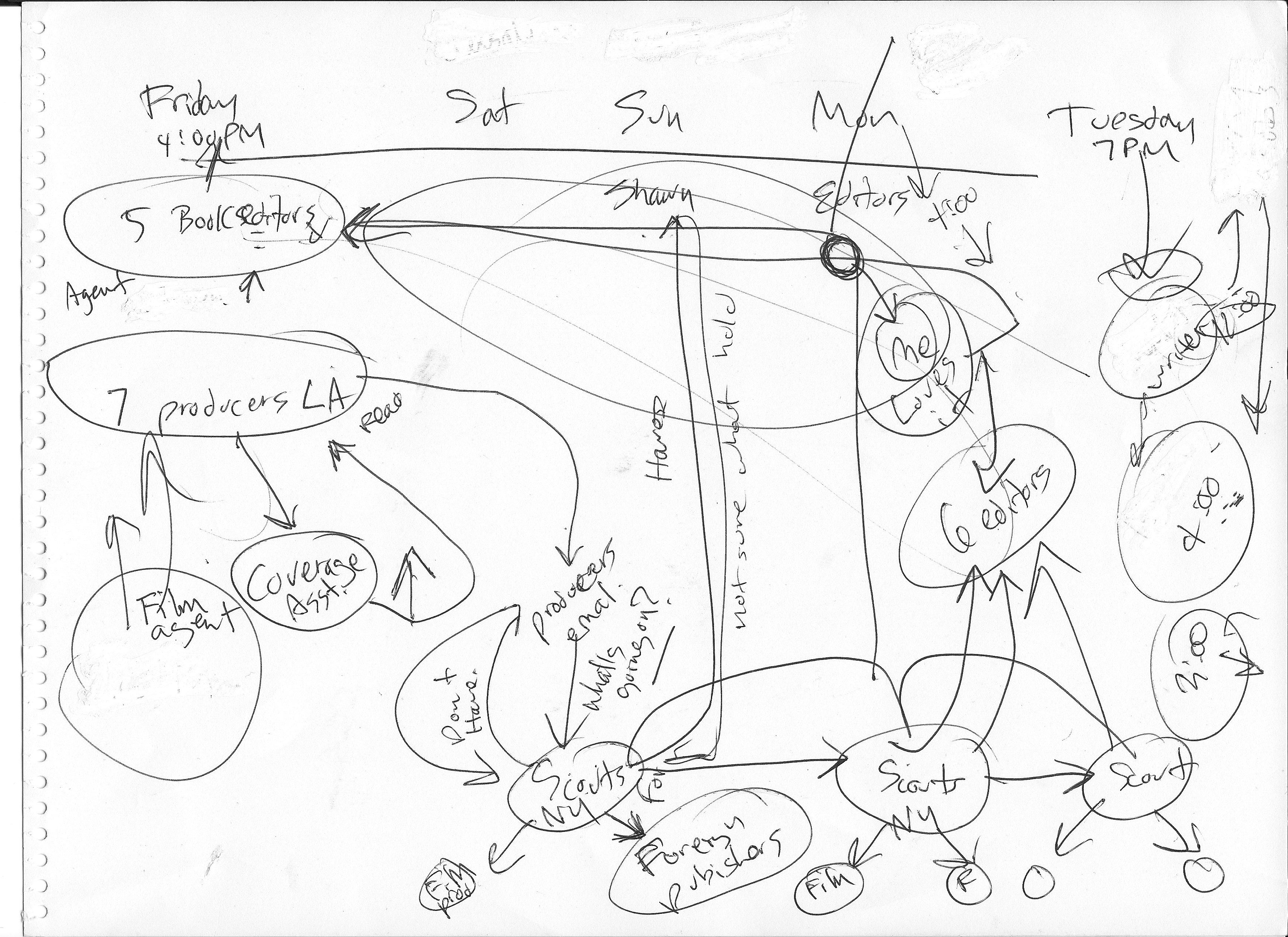