My wife and I need a new car. The one we have now has served our family well, but it’s starting to have quirky issues and occasional breakdowns. 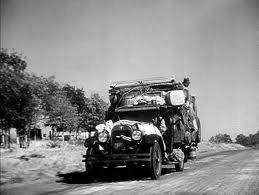 "But the kids are very happy with it!"

It’s in that prime moment when the warranty has run out and we just have that sinking sensation that it’s only a matter of time before we get stuck on a highway somewhere in the middle of the night when all three of the kids have to go to the bathroom. And not the easy bathroom situation either. My gut tells me that the geniuses in Detroit have the whole “planned obsolescence” thing down to a tee and that our car is on the verge of tipping into the clunker netherworld.

So like every other Joe or Jane in the U.S. who requires personal transportation, I’m faced with an excruciating series of negotiations. I don’t think you’ll find a better example of what’s wrong with the old way of doing business than buying a car. Transparency of costs with forthright and ethical behavior? Not on your life.

I just want to buy the exact same model of car, the exact same color and interior and with the exact same options that I have now. The price of the new car with everything I want is 2X. The trade in value of my current car is X. I should expect to pay an additional X to drive the car away after I trade in the old one right? No. Not right. Instead, this is what happens.

I get three bids near me that I can live with. First bidder is in Manhattan. They email me and tell me that they have the exact model with everything I want in stock.  They tell me that they realize my time is valuable and after a ten minute evaluation of my trade in (which they think will fall in to my estimated value range) they’ll be able to put all of the paperwork together. And then I’ll sign the documents, hand over a modest check (I’ve already been pre-approved for financing a large chunk of the fee at 0% from the car companies finance division) take the keys and drive home.

So, I get up early, walk the twenty minutes to the garage (I live in Manhattan and reasonably priced garages aren’t anywhere near residential areas) face the morning rush hour traffic and arrive at the dealership at exactly the time we’ve pre-set for the transaction.

I pull into the lot and I’m asked why I’m there. I tell the attendant that I have a meeting and that my car is to be appraised. The lady gives me a look like I’m the biggest sucker who ever walked the face of the earth. I try and ignore it.

“Oh, yes…I have you down right here sir,” she says pointing to a blank piece of paper on her clip board, “Just hand the keys to Manny over there and we’ll get you squared away.”

I ask where I can find the salesperson I’ve corresponded with about my deal.

“Oh, just ask the receptionist at the front of the store.”

So I do.  The guy freezes a second when I mention the name of the salesperson. And then he asks me to take a quick seat while he goes to find her.  I try and remain calm and push away all of the car conspiracy theories swimming inside my head.  I take a seat and pull out a manuscript.

Fifteen minutes later, the receptionist tells me that my salesperson is not available. He points to a vampiric, quart-a-bourbon a day lifer with a large name tag that says “Sonny” and tells me that he will be happy to help.

Sonny’s on the J.C. Penny website looking at dress shirts when I sit down. “How you doin! What kind of car are you interested in?”

It is then that I realize that the saleswoman I’d been corresponding with didn’t really exist. Yes, she worked at the dealership but her job was just to get buyers into the showroom…put them in the wheelhouse of guys like Sonny. Closers who know how to sell the undercoat.

All of the work I did before I came to the dealer—pricing and doing due diligence—was now wasted. I would have to start all over and tell Sonny everything it had taken me three days to figure out. And then I’d wait and wait and wait while he “consulted” with a myriad of managers and account specialists who would come out and shake my hand and make me repeat the same things I’d told Sonny over and over again.

Worn down and babbling by the end of the day, I’d no doubt sign away my meager IRA to these guys.

There’s a great scene in one of Woody Allen’s early movies, a mockumentary called Take the Money and Run. Allen plays inept bank robber Virgil Starkwell. After he’s sentenced to ten years on a chain gang, he complains about the conditions as a voice over narrator explains:

“Food on a chain gang is scarce and not very nourishing. The men get one hot meal a day: a bowl of steam.”

Because of his malingering, the warden breaks Starkwell with a sentence of four days in a sweatbox locked inside with a prison visitor.  As they close the iron door, Virgil’s cellmate, a meticulously coifed man in dark suit carrying a sizable briefcase says,

“I’m Joe Green and I represent the Ajax Widget Insurance company…we have some products you might be interested in.”

This is the way I feel inside a car dealership. No matter how much you prepare of how many little things you do to avoid irritation, there is no way you will get a new car in less than five hours of disingenuous negotiation.

(I realize I could be having a string of bad luck or even that I have a serious case of paranoia. There are probably tons of honest and helpful car salesmen out there. If you are one of them, you are doing G-d’s work.)

So what does my car buying Odyssey have to do with the price of The War of Art?

Steve Pressfield’s contract with Grand Central Books to reprint the paperback edition of The War of Art was up for renewal last June.  Grand Central was extremely generous and offered a very large guaranteed advance against his future royalties to keep the book in its backlist.

But only three months before (March 2011) Steve and I had published Black Irish Books’ first title, The Warrior Ethos. Despite having no bookstore presence or big time publisher behind it, The Warrior Ethos was finding its audience. The only marketing we did was here www.stevenpressfield.com and a substantial donation that Steve financed himself.  He sent 18,000 free copies of The Warrior Ethos to men and women in the armed services, here and in Iraq and Afghanistan.  [Forgive me Steve for spilling the beans about your donation…just want people to know how effective gifts to worthy causes can be…they have a way of coming back].

By the time June rolled around—through print on demand paperback and eBook sales—we had broken even on The Warrior Ethos and were even starting to generate consistent positive income.

When I relayed Grand Central’s big offer to Steve for The War of Art, I thought he’d take the money and run. It was really that tempting. Instead, he asked how we could take over and publish the book at Black Irish.  He thought that karma dictated that The War of Art be part of our new venture. It could serve as the foundation for the company for many years to come.

Steve thanked Grand Central for all they did for the book and for the ten years they worked together and then I worked out the “sell off” period details etc. with them.  They still had inventory in their warehouse. They were very agreeable and extremely generous by offering us their fantastic design for their paperback for our editions. We cleared a new license with Milton Glaser (the legendary artist who created the spot art of the flower bursting through the concrete) and waited for Grand Central’s inventory to sell out.

The good news is that the inventory sold out two months before any of us had anticipated it would. The bad news is that with the end of year holidays, we got stuck behind the eight ball getting out the new Black Irish Edition of The War of Art.

You can plan and prepare all of the minutiae of publishing before releasing a book, but sometimes things just don’t go perfectly.

This is why the book is only available right now through third party sellers (used bookstores etc.) and why the price has escalated so dramatically.  Simple supply and demand in action. Pretty amazing how quickly the price rose…

Don’t let anyone kid you. Physical book publishing (and I’ve found eBook publishing too) is just like anything else—filled with known and unknown things that that can suck the life out of you. But we don’t lack will at Black Irish, so I can proudly say that our edition will be available for the same price as the Grand Central edition ($12.95, additional discounts determined by retailers) really soon.

I’m hoping like Friday the 13th soon, but I also thought I’d have a new car by now.

Mucho apologies to all.  Let me know if you got caught buying a $60.00 paperback. We’ll make it up to you.