I just read Steve’s post, THE BIG PAYOFF, and if you’ll forgive me, I’m going to let the continued saga of how Honore de Balzac’s influenced my life rest. 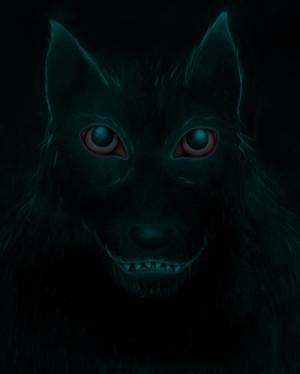 It's his favorite time of the year

My gut is that the continuation of my hero’s journey story from last week would have devolved into something of an isolationist rant about the pitfalls of living your life according to the values of your chosen profession’s café society.

I stumbled into book publishing and soon discovered that like any other demi-monde, it has influential insiders that promulgate a dubious juju—one that affixes “heat” to a book and/or a person in the industry. Then after a microsecond at the top, there is an inevitable dressing down of the book/person and its/her success by the very people who anointed it/her. They’re analyzed to death until they can be categorized as flukes of little import.

“Yes, but did she acquire the book or did she inherit it…I’m just saying.”

“Yes, that book is a ten million copy monster, but it’s written at a third grade level. I’d much rather have National Book Award winners in my stable than Hack Writer of the moment.”

“It’s pretty remarkable that a book with no plot or interesting characters, merely line by line pyrotechnics could get such acclaim…I mean doesn’t anyone see that that emperor wears no cloths?”

This is not an atypical discussion at publishing lunches around New York. I know because I’ve been a willing, and often enthusiastic participant in them. What is so disheartening about the formulation of café societies is that the members often don’t even know they are in the group. Whether I like it or not, I know I’m one of ‘em.

I think if you asked the publisher of Random House or the head of William Morris Endeavor if they were part of publishing’s café society, you’d get a passionate and genuine argument that everything they’d done in their career was in opposition to the status quo. And they’d be right. Putting your butt in front of a book and declaring to the rest of the world that you think it is exceptional takes serious courage. Doesn’t having that courage give you the license to pass judgment about the crap too?

I think it does.

What I think is that the inveterate lunch vitriol about competitive projects or whatnot is a metaphysical force that must be expunged from our bodies so that we can soldier on in our own idiosyncratic way. The problem is that while we’re dumping our darkness on our dining companion, she sends an equal measure right back at us. That old “energy is neither created nor destroyed” saw abides.

But the good news is, as Steve wrote in TURNING PRO, the real truth is that The Tribe Doesn’t Give a Shit. Everyone is so locked up in their own sense of figuring out and getting whatever it is they think they need to figure out and get that the nasty statements above really don’t characterize the opinions of a star chamber of a-holes holding secret meetings to keep any one book or person down.

Were it so, life would be so much more understandable.

The fact that Balzac was the first to dramatize the café society world in his great novel Lost Illusions and the fact that I found his genius so compelling that I left a potentially secure life in medicine (probably not all that secure today, ironically) in order to explore his art form is not that big of a payoff for readers of WHAT IT TAKES. It’s safe to skip yet another sermon from me about the need to step out of what you think you are supposed to do and look to find out what you need to do and then do that thing.

Rather, what occurred to me after reading Steve’s THE BIG PAYOFF is why I was subconsciously compelled to write CAFÉ SOCIETY PART ONE in the first place. I’ve come to the conclusion that it has to do with what I’ll call BLACK DOG FALL.

Book publishing essentially hibernates from Memorial Day through Labor Day.  That’s not to say that agents don’t work hard to sell projects or publishers don’t work hard to promote books with vim and vigor.  What it means is that there is not a pervasive, almost all consuming, pressure to get the big immediate payoff in the air.

All of that changes the day after Labor Day. Just nine days in, I can feel the industry agita building. It’s certainly building inside of me.

What everyone wants is the big payoff, THE BIG BOOK, something so extraordinarily commercial (even better if it’s in that commercial/literary “sweet spot”) that it becomes the deal of the year.

As is to be expected with so much “want” in the air, darkness rises. The noise from publishing’s café society reaches fever pitch as impulses to expunge internal angst about not having, being submitted or getting THE BIG BOOK are indulged.

Agents who’ve spent the summer sourcing and cultivating projects have to make their bank in the fall. They have to wrestle the novels and proposals into final form and get them out there. It’s like the final twenty four hours of crab fishing season in the Bering Sea. Get the pots off the boat!

Editors and publishers need to fill their thinning inventories of books for future seasons and they brace themselves for an inevitable flood of submissions to do that. Plus they want to have a bounty of high profile projects that they can pump up and—if they’ve taken a chance and paid big money for world rights—sell at the annual Frankfurt Book Fair in October.

Foreign scouts are in throw down mode too. These are book Pros that make their living reading everything they can get their hands on and reporting to their foreign publishers and/or film production companies about whether or not they should buy or option them. The scouts want to beat their rivals to the punch and get the best stuff to their clients first. The last thing they want to happen is for a project to escape their radar. They hate hearing Why didn’t we see X?

This atmosphere and Steve’s post made me think of the myth of the Black Dog. The idea of the Black Dog as dark force is as old as the English Moors. I suspect its roots go further back to the Greeks and Romans and their mythic creature Cerberus, the three headed canine that guards the underworld.

Giving a force an animate representation is a way to give form to unseen evil…depressive darkness…Resistance. Putting all of that fury into a single symbol helps us cope, helps us remember that the evil force is not real, not true. It’s self generated. Winston Churchill suffered from a kennel full of black dogs, as did Abraham Lincoln. Every creator (artist, entrepreneur, etc.) I’ve ever met has had one on her heels at one point or another. Often daily, even moment to moment.

The Black Dog gains strength in the fall, when café society is at its most gossipy. He eats like Henry VIII, dining on the schadenfreude, desperation, hype, and panic released at publishing lunches, angry phone calls and finger numbing texts. There is abundance to sustain him for the rest of the year.

But what happens to those who get the big payoff?

You’d think that once you do land that BIG BOOK, you’re set for at least a year right?

If you’re an agent and you sell a book project in a big auction, and then sell the film rights…you will be rewarded with a whole slew of potential clients banging on your door…

If you’re an editor and you acquire the big project, and it becomes THE BOOK of Frankfurt, and all of the money you begged to spend to get the book for your publisher gets earned back with foreign contracts nine to twelve months before the book is even published…you will be rewarded with ever more submissions and the pressure to do it again.

If you’re the scout and you turn your clients on to the big book before anyone else and they all benefit and get the deal to publish and or adapt for film…you gain more clients with more needs.

After perhaps a day or two (the longer you’ve been in the business the shorter the time), you come to realize that now you have a target on your back.

If you’re an agent, the editors and publishers who lost the auction or were pre-empted by a competitor will be pissed that you didn’t give them enough of a chance to buy it. Having a publisher angry at you is not the ideal situation for an agent.

If you’re an editor, your competitors outside the house and those inside the house will treat you differently.  They’ll be less open, less likely to share their disappointments and triumphs with you. There will be a palpable tension in your life that you can’t really put your finger on. You’ll start to lose friends for seemingly no reason, or the friends you have no longer confide in you. You find isolation.

If you’re a scout, your BIG BOOK find will be forgotten for as long as it takes for you to decide to skip reading one night and take your husband to dinner to celebrate. You’ll miss the next big thing and then your clients will forget all about the book you traded your soul to get an early lead on for them. You’ll in for a “what have you done for me lately?” routine.

Yes, winning the big book puts you in the big leagues. What if you can’t handle it? What if it were a fluke? What if? What if?

What the pro remembers is that the work is the only thing that can get The Black Dog in line. It will bring you back down from the high and up from the low. It will digest your internal vitriol so you won’t have to dump it elsewhere.

There’s a reason Churchill wrote “43 book-length works in 72 volumes. (http://www.winstonchurchill.org/learn/writings)” Imagine the Hellhounds on his trail. Thank God he was a Pro.