Why It Takes So Long to Publish a Book

One of the first questions clients of my literary agency, Genre Management Inc. (some day I’ll explain why I chose that name) ask is “After I deliver my book, when will it come out?” 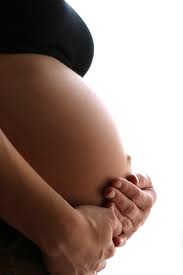 When I tell them between 9 to 15 months depending upon the publisher’s inventory, they tactfully freak out. It’s understandable in our age of instant gratification to be baffled by the glacial pace.

In the past I’ve said that the traditional Big Six scheduling model was crazy and short sighted. And for a certain kind of book, sometimes it is. But as Steve, Callie, Jeff and I have begun planning for future Black Irish Books releases (we’ve got a bunch in the pipeline) I’ve had to walk back the cat. We’re branching out and partnering with other writers now, so we need to actually have answers when asked why.

Callie and I have worked in traditional publishing but Steve and Jeff haven’t. It’s a perfect 50/50 split of experience and naiveté.  Steve and Jeff have no automatic responses to how best to publish a book, so they question everything Callie and I put forward.  They don’t buy “well, it’s always been that way” as a convincing answer. If we don’t have a very good reason for doing something a certain way, we figure out another way.

We’re not locked into a preprogrammed calendar, which is freeing, but also confusing. Best to lay out a schedule and then tweak as needed.

Here’s a breakdown of the process from Author’s final draft to final book:

Steve and I go through the book and make detail suggestions about changes, cuts, additions, wording etc. and return our edited manuscript to the author.  This kind of work takes approximately four weeks.

Round 2: AUTHOR RESPONDS TO EDITORIAL NOTES

The Author returns the manuscript after she goes through all of our notes, takes what she likes, argues against the stuff she doesn’t. By the end of this process, the manuscript is locked. That’s another three weeks.

Round 3: COPYEDITING AND COVER CONCEPTING

The final manuscript is sent to a copyeditor to fix spelling and grammatical mistakes. That will take about two and a half weeks.

While the copyeditor is doing his work, Steve, Callie, Jeff and I think about the best approach for the cover design.  We finalize the title and communicate with a graphic artist about what we think would work best for the book’s core readership. The graphic artist goes away with our ideas and the manuscript so that she can create some possible mock ups.

Round 4: AUTHOR RESPONDS TO COPYEDITING

Round 5: COPYEDITED MANUSCRIPT IS DESIGNED

After the manuscript has been cleared by the author and the copyeditor, it goes to an interior designer to create the look and layout of the book’s pages. Before the designer begins the work in earnest, her layout is approved by all concerned.  It will take close to a month.

Round 6: COVER IS APPROVED,

The cover of the book is finalized as the Author reviews the designed “first pass” pages to root out any typos and to make minor (very minor) corrections and/or changes.  Three weeks.

The first pass designed pages, along with the cover are sent to a printer and/or print on demand company to create pre-publication copies of the book for review.  Three weeks simultaneous to the Author review…often longer.

Round 7: PRE PUBLICATION MARKETING AND OUTREACH

While the book is going through production, the Author, Steve, Callie, Jeff and I (and sometimes an outside freelance marketing expert) think of all of the possible tribes and their leaders who would appreciate the message/s in the final book.

As there are few traditional review publications left (and those left do not have the influence they once had) the majority of our focus will be on coordinating a campaign that goes directly to the people who would actually want to buy this book.

If they don’t know about it, they won’t buy it.  The key component is to engage online communities authentically (not with trickery or quid pro quo propositions) without irritating or harassing them.

The question we need to answer a multiple number of times is… “If we were to give the book away, who would rush to the front of the line to get one?” If the answer to this question is wishy washy, we’re going to be in trouble.

Obviously, it’s best to ask this question before you commit to publishing the book…

Round 8: GALLEYS GO OUT TO TRIBES

We hire a proofreader to catch any final typos (unfortunately, you never seem to get them all) in the designed pages. Once they are returned, we hand them to the designer to fix. Two weeks.

We send out as many galleys to as many interested parties we can find and ask them for feedback and if they are so inclined, a comment that we can use to promote the book at the big online stores like Amazon, Barnes and Noble, Google, etc.  For those that really love the book, we see if they’d be interested in:

b)   running an interview with the author

d)   anything else we or they can think of that will help get the word out.

Round 9: FINAL COVER AND INTERIOR FILES GOT TO PRINTER AND/OR

We line up the ducks to make sure that our printer is online to run our first print or our print on demand company is producing as flawless of a copy of our book as possible (these companies are so good now that it’s very difficult to tell an offset, traditional book from an POD). We also vet the eBook versions of the book that we have sent to be converted by a third party.

While this is going on, we also load in all the key information about the title in the appropriate data centers, assign ISBN numbers to the projects, and load the titles on the www.blackirishbooks.com site.  Three weeks.

Round 10: FIGURE OUT THE BEST TIME TO TURN ON THE SWITCH

Ideally, we’ve already figured out when to make the book available at the top online sites (we don’t ship to bookstores as it is prohibitively expensive and not a little absurd).

Perhaps the book is perfect for a particular annual tie-in (Father’s Day or Thanksgiving or Arbor Day).  If that is the case, we’ll walk back the time line to allow enough opportunity to find the tribes that would love the book and allow them to plan coverage for that day.

This is the additional 3-9 month window that can take a book from a not too taxing six month process to 9 to 15 months.  As we concentrate our efforts directly to consumers online, we don’t have to wait for long lead magazines to deign to cover our projects like the Big Six do.

Once we get a critical mass of tribes excited to talk about the book, we work with all of them to see if we can get all of their coverage to come out inside a one or two week window.

Chances are that if you are a diligent reader of Writing Wednesday’s, you’re probably also visiting other “on writing” sites. If we get several of these kinds of sites to cover a book and you keep seeing it pop up as a recommended by a number of your trusted tribe leaders, you’re likely to give it a try.  Maybe not right then and there, but eventually. That’s fine.  We can wait.

We don’t have to get on the front cover of The New York Times to create enough visibility for our books.  That would be great, but we can’t plan for that.  But we do need to reach the diehards early so that they can buy, read and talk about the book from pub day until who knows when.

THE WAR OF ART was published this way over a decade ago. We reached about 8,000 people with the hardcover edition in the first year.  I’m convinced those 8,000 made the paperback move the year after and so on… The paperback continues to sell at a very consistent (between 20 to 25,000 copies a year and climbing).

These are the kinds of books that are perfect for a publishing company like Black Irish Books.  We’re in it for the long haul. Organic incremental word of mouth is our best friend. But we can’t just throw a book out there and hope we’ll get it.  We need to seed the project early and often so that when we do release the book, there is just enough noise to get the conversation started.

This is why publishing a book can take as much time as gestating a child.