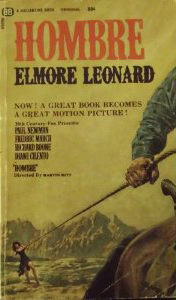 The other night at dinner, I was asked how one might become a writer who makes his living with a big six publisher. Not a flavor of the month big deal first novel writer, nor a blockbuster bestselling novelist, but a blue collar, book a year, kind of writer. Writers that used to be referred to derogatorily as “midlist.” The ones who once were a vital part of the business.

I stumbled around the question and didn’t really answer it.

Like anyone else, I like to think of my world and career in very stable terms. Keep your eye on the ball, focus on storytelling, work on your craft and the rest will take care of itself kind of thinking. While there is a great deal of truth to that philosophy, it’s also extremely Pollyannaish. Especially when spouted to those trying to make a living now…not in 10,000 hours.

I have over twenty years of publishing experience inside my noggin, with great successes and abysmal failures sloshing around in there, informing every decision I make. The “just work hard on your craft” line is not very helpful for people twenty years younger than I…like the ambitious guys who were buying me dinner.

When I was in their position, a structure was in place to burn youthful ambition and convert it to competence. Sometimes even expertise. There is a structure now too, but it is a lot less efficient and requires far more energy. And there is no corporate ATM paying for it. Which sucks to some degree, but the thankless grind sure weeds out the dilettantes.

The “how do writers feed themselves without working at Starbucks” question hit me in the solar plexus because I couldn’t run away from the facts of big publishing today versus big publishing when I came online as an editor. Editors in my day were facilitators, modest money wells that working writers could tap without waiting on a slew of higher up approvals.

If you were a pro (you wrote well, delivered what you promised and on time), there was a place for you. As an editor, getting you a slot on my list was a pleasure. I even cared about you and your work, and felt pained if I discovered that I needed to prune you due to evaporating sales. I’d take you out for a beer and charge it to the company.

The way editors climbed publishing was by collecting profitable writers.

They got an entry level job in the editorial department at a big publishing house that released between 12 to 15 mass market paperback titles per month, between 4-8 trade paperbacks per month and 2-6 hardcover titles per month.

They learned from about ten “full” editors whose job it was to fill those 18-29 slots per month. Each editor was responsible for about 2-3 titles per month or 24 to 36 titles per year.

While I did not spend a lot of the publisher’s money acquiring the rights to publish these books (most of them were “reprints” of hardcover titles from our own house and from other hardcover publishers), each book I published put some money into a writer’s bank account and into the publisher’s too.

At the peak of my editorial output, I published 150 books in just two years. I still can’t believe that, but I have a spreadsheet from those days that proves it.

Ironically the more successful an editor became financially, the fewer books he/she was required to publish. When I left, I was publishing just 6 to 8 books a year. And spending millions of the publisher’s money to boot. Talk about raising the stakes.

I published plenty of writers early on who made their living writing straight genre books. They never hit a bestseller list, but through the efforts of the publisher and the quality of their work, they sold about 10,000 to 20,000 books per year with their new releases and earned a solid annual income from their royalties from previous titles.

They weren’t getting rich, but they were able to make ends meet and do the thing they loved without having to do much else. There was no Internet so they didn’t have to maintain a web presence or respond to people from Facebook or Goodreads or any of that.

They wrote in a vacuum and for the most part were able to write whatever they wanted without having to worry about cultivating an “audience.” Their work spoke for itself and because there were limited book racks around the country, just getting an annual place in one of those pockets threw off a little green. Once these writers were chosen to fill a slot, while they never coasted, they could make a living.

I think you know where I’m going with this. Those days are long gone.

There is no midlist in big publishing anymore. With infinite virtual shelf space matched with a contracting physical retailing environment, a publisher can’t just throw something into a slot and expect anything in return. Years ago, a book that sold less than 2500 copies was just about unheard of.  Today it’s possible to sell zero.  That’s right.  Sometimes a writer’s own family won’t buy his book.

The big six aren’t in the midlist business anymore. They aren’t “growing” writers out of their paperback original mystery or romance or horror programs like they once did. Plenty of great writers came out of those gardens…Elmore Leonard and Harlan Coben and Janet Evanovich and Lawrence Block and just about every bestselling romance writer came out of them.

They aren’t doing it because there is no mass market $7.99 paperback business anymore. Readers who want a fix of solid standard genre don’t have to buy a disposable paperback anymore. They can get it for $.99 or free as an eBook today.

And free just isn’t a very good business model for a legacy publisher. Editorial hours spent on a project that has micro or no return on investment could be better put to use on a big book with big upside. Hard to argue with that. So they go for the genre bending first novel or pay a premium to lure a bestselling writer to stock their lists.

There aren’t “slots” anymore in big six book publishing. There are full court press “we’ve got to get Barnes and Noble and Wall Mart to come on board or we’re sunk” books. You can’t throw anything out there and see if it sticks. It will get ignored. Period. Unless someone really cares beyond any reasonable level and works night and day to find and engage an audience for it.

So how can a book a year genre writer—stories that abide the conventions of only one particular genre category—make a living these days while improving her craft? She has to do it all herself—write the book, blog about writing the book, blog about promoting the book, tweet about the book being available, etc.—until such a time that a big publisher comes in and makes an offer she can’t refuse.

By the time that happens, the ambitious writer who cared for her career from scratch will drive a very hard bargain. Or refuse to bargain at all. Maybe publishers ought to think about opening up that ATM machine again…