On my very first day in book publishing (way back in the typewriter days), I was forced to confront an age old dilemma. 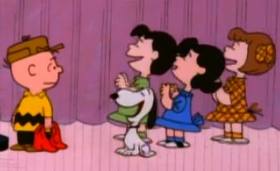 Even though I stupidly claimed that Beowulf was my favorite book at my interview, I’d been hired as editorial assistant to the editor in chief of a big mass market paperback publisher. As luck would have it, my first Monday was also “editorial meeting day” at this house. If you want to know what a publishing company is like, go to the editorial meeting. Everything you need to know will happen there. No matter what is discussed, you’ll be able to tell whether the company is doing well or not, who is riding high, who is in trouble, who is a toady, who has the chip on the shoulder, and every other important dynamic. It’s like a mandatory weekly Thanksgiving dinner with a multi-generational dysfunctional family.

As the assistants were en route to the big conference room overlooking Central Park, I made a very big mistake.

I walked into the room first.

As the fresh faced Newbie, I had no understanding of the professional culture or social faux pas. I barely knew where the bathrooms were. But I was playing it cool. Even with damp hands, an arrhythmic heartbeat and a stomach three quarters full of acid contending with an egg and cheese on a roll I’d eaten off the Halal cart on 52nd Street, I acted like Fonzie.

Rule number one for a person entering an alien environment? Don’t call attention to yourself!

The assistant to a senior editor (two steps down from an editor in chief) was tasked with showing the new guy the ropes. She was very nice.  After I found a seat, she excused herself to get a cup of water down the hall.

Then the other assistants came in.  They casually sidled up to the three quarter length windows above the waist high heating/air-conditioning built-ins along the north wall. It really was a spectacular view. I felt like Melanie Griffith in Working Girl.

A 9:29:30 a.m., all four of the double doors were breached and an army of tweeded big shots marched through. They dumped dog-eared manuscripts and personalized coffee cups and pulled up pleather knock off Eames chairs to the twenty foot table. It was very exciting.

My assistant friend appeared across the room, empty handed but still had a very sweet smile on her face.

I swiveled around and looked up at someone who would have been called “a brassy broad” in the 1960s, but in the 1990s she was simply referred to as “The Publisher.”

I was once terrified to play in a football game against a man named Bill Fralic, a monster lineman who became a four time NFL All Pro Offensive tackle for the Atlanta Falcons and outweighed me by a hundred pounds. Fralic would have crumbled facing this powerhouse.

Now I’m a guy who enjoys a good laugh. But even as I write this, I’m having difficulty not hyperventilating. Twenty two years after the experience, I still remember standing up amidst a din of duped Charlie Brown like laughter. I then saw fifteen editorial assistants sitting on the raised built-in heating/AC units having the time of their lives. Not one of them told me that the conference table and chairs were only for editors…that assistants were supposed to sit on the side and keep their mouths shut until they brought money into the house instead of sucking it out of it.

So what was the timeless dilemma?

The insiders had hazed the outsider. Happens all the time.

But after being the butt of a joke, the outsider can do one of two things. He can define himself right then and there as a rogue, swallow the humiliation and use it to fuel an “I’ll show them!” ambition. He’ll take everything personally.

Or he can retreat into himself, learn the “rules” of rising in that world, and then do what’s necessary politically to become a member of the tribe. He’ll not make waves, he’ll ride them.

I wish I could tell you that I saw clearly enough back then to know that those two choices and that way of looking at the world are complete bullshit.

The truth is that the whole insider/outsider myopic view is just another form of Resistance. The fact that the assistants set me up back then didn’t mean they didn’t like me. In fact, they probably did. I must have given them the impression that I could handle a little ribbing. I wasn’t some fragile wackadoo…and there are plenty of those in book publishing who spend years without uttering a word.

I didn’t freak out on anyone after the joke either. I laughed right along with the publisher and the rest of the company. And guess what, she always said “hello” to me after that. Even though she always called me “Kid,” she learned my name. She asked me questions. One I never did answer well was “Whaddya know?” But she listened to my opinions about projects when we rode the same elevator and when a job opened and I sought it out even though I’d only been there a year, she promoted me. Take that, suckers!

I used to debate in my mind whether she gave me the job because I wasn’t afraid to stand out or because she’d brought me into her inner circle. It took me two decades to understand that she didn’t give me anything. I earned that job.

She didn’t give me a chance because I was an “insider” or because I had the fire of an “outsider.” She gave me a chance because I did the work. When she was in on the weekends, she saw me there too. When she asked me to read something, she got a report on her desk the next day. If she took the time to solicit ideas from the window seats, I spoke up. I made an ass out of myself more times than I’d like to admit but I watched, read, and learned.

While I thought I was doing it back then to “show them!” I really wasn’t. “Showing them!” doesn’t put your ass in a midtown office chair on a Sunday morning reading slush and writing flap copy. I didn’t do that out of spite. I did that because I love book publishing.