What Do You Want?

When thinking about the kind of story you’d like to tell, what do I want? is a great question to ask yourself. 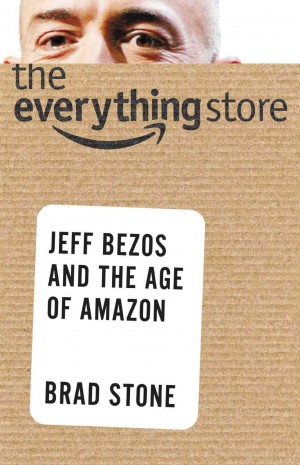 What's the theme of this book?

Obviously you want to write a successful work of art, which will bring you recognition and ultimately enough of a living wage for you to write another one.

But why do you want that?

You may not consciously know it, but the reason why you want to write a great story is because you have something to say. You have a message to share with as many people as possible in the most compelling way imaginable…in a story.

This message is what Steve Pressfield refers to as theme.

Finding the theme is your responsibility. And it ain’t easy either. Great writers often have zero idea about their theme when they begin a work. But they don’t write THE END until they crack that code. Steve’s last book, The Authentic Swing, was all about his struggle to figure out the theme of The Legend of Bagger Vance. And every book you love has a similar quest behind it too.

The primary way writers contend with finding their themes is to embrace the specificity of genre. The Legend of Bagger Vance is a golf novel and it adheres to all of the conventions that the golf novel requires. But it’s not really about golf.

Don’t forget that stories are arguments to effect change. And that human beings use stories to guide their behaviors. The most persuasive and charismatic among us are those people capable of reeling off simply told, extremely entertaining tales. But if the stories don’t have anything meaningful beneath the narrative drive, they fail to move people to change.

When he was doing the legwork for his nonfiction business book The Everything Store: Jeff Bezos and the Age of Amazon, author Brad Stone faced a huge problem. He had to figure out what the theme of his story was. Not just the factual sequence of events that occurred from the time Bezos launched Amazon.com in his garage to its current iteration. But what the deeper meaning of that quest is.

Stone could have settled for just the All American “rags to riches” story. The one about the striver with vision who overcomes progressively more complicated obstacles in his path (entrenched business elites, convincing backers to invest in his idea, inner doubts etc.) and succeeds. That’s a story we’ve all heard in innumerable variations since we were in diapers.

And it’s a powerful genre closely associated with narrative business nonfiction. But the central argument to effect change in this genre—if you follow the path of the person in this story, you will get rich—isn’t all that profound. Stone certainly delivers that message in The Everything Store as he abides by the conventions of the genre. But while the beginning third of the book hooks the reader with the determined young entrepreneur wins narrative, it is not yet another Horatio Alger tale or company origin myth.

Almost smack dab in the middle of the book, Stone relates this story and delivers his universal theme. I’m paraphrasing.

A ten-year-old Jeff Bezos is riding in a car with his beloved grandfather and grandmother. Bezos is a brilliant kid and a joy to be around. So much so that his grandparents invite him to spend summers with them. The grandfather and Bezos are especially close. They both share a love of tinkering, hard work, and idiosyncratic obsessions.

Bezos loves to impress his grandfather with his quick and unique mind. While on the drive, there is a public service announcement over the radio that lays out the dangers of smoking. Bezos processes the information from the ad and calculates that his grandmother will lose nine years of her life because of her smoking habit.

He leans over the front seat and lays his calculations on his grandmother.

She breaks down and begins to cry.

She already knows what her habit has done to her. She’s been ill and just hasn’t shared that information with her grandson.

The grandfather pulls the car over to the side of the highway, gets out and asks Bezos to walk with him. The grandfather is obviously upset, but he keeps a lid on his temper. He knows that his grandson show-boating his intelligence so cavalierly is as much a result of his influence on the boy as anything else.

At last, he turns to the ten-year-old Bezos and says,

“Jeff, one day you’ll understand that it’s harder to be kind than clever.”

Stone could easily have skipped this anecdote. It has little to do with the “rags to riches” narrative. Not only that but Stone reports that the story comes from a 2010 commencement speech that Bezos himself wrote and presented at his alma mater.

Why did Stone tell us that too?

Stone tells the facts about this story and plops it in the middle of his book to establish his theme. We all know that Jeff Bezos is smarter than we are. We all know about his drive and determination. What we don’t know about him is that he values “kindness.” In fact he dines out on this story about how he learned that value firsthand.

Now The Everything Store takes on a deeper meaning. What exactly are the moral and ethical consequences of taking “clever” to the nth degree? By focusing on the “car story” and placing it at the midpoint of his global tale, Stone proves that Bezos is a far more complex human being than the genius bald guy with the weird laugh. It is this emphasis (Bezos’ and Stone’s re: the car story) that helps explain what drives Amazon’s obsession with “the customer.” Bezos wants to be “kind.” And giving the consumer a great deal is his definition of “kind.”

But is Bezos really using his cleverness in the service of kindness? Or is his kindness to the customer just a guise to prove just how clever he is to the wider world? Is Bezos lying to himself or to us to justify his own egotistical ambitions? Does he want to be loved for his kindness to Joe Customer or feared by his competitors for his cleverness? Or both? What would Machiavelli say?

By thinking about what Jeff Bezos wants and why he wants it, and how that personal desire has changed the world, Stone nailed his theme. It is harder to be kind than clever. And that is sure more interesting and human than just reading the dry facts about Amazon’s IPO.

I don’t know Jeff Bezos and I don’t know Brad Stone, but I like both of them. The car story and The Everything Store have changed me. And that is exactly why we tell and listen to stories.