I face this conundrum a lot and I’ve had the good fortune to work with the expert on Resistance to ask for help. Here it is: 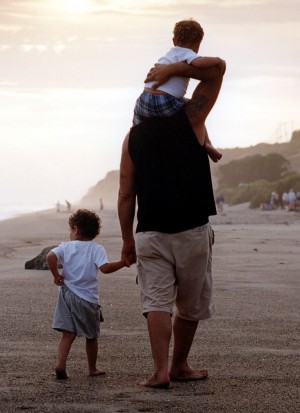 “How do you know when the voice in your head has been hijacked by Resistance? That you’re essentially acting on advice from a force out to distract and keep you from the important work you were put on earth to do?”

Steve’s response to this question is “the very act of questioning the motives of your internal chatterbox tells you that it’s Resistance.” And he’s absolutely right.

But what if the voice tells you that your devotion to your muse is denying your six-year-old daughter a connected, loving and giving father? It’s no secret that great writers/artists were/are often terrible at relationships. Maybe that’s the price you’ll have to pay to get that Clio award.

If you slavishly grind and do whatever’s necessary to ship your new app on time and then dive right in to fixing every bug that rears its ugly head after you do so, when will you have the time to roughhouse with your four-year-old in the sandbox?

When confronted with choosing between painting your masterpiece for the edification of the entire human race and lying on the pavement so your kids can outline your figure in chalk, go prone.

Once you’ve created another life or committed to another person, it’s your responsibility to put that life first. Sorry, your high-minded, laser focused self-actualization process will have to be put on hold. That doesn’t mean you don’t do your work. It just means that you have to be creative to find that time.

And when you rise an hour earlier or stay up an hour later or turn off the television, the cell phone, and the high definition audio system and get to it, you’ll be able to tell the nasty voice to shove it. You earned that time to bore into work and you’ll have none of its guilt tripping because your significant others will be sleeping or out with their friends.

And magically you’ll also find that all of that the muse rewards all of that silly stuff you did with your kids by showing up early and staying later in that window of time.

Putting yourself second means that you may never win that Academy Award.