The Victim, the Perpetrator and the Rescuer 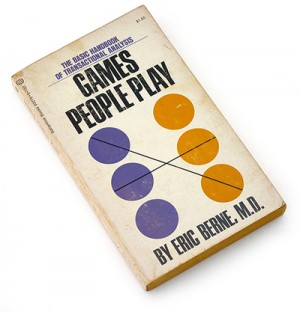 An Oldie but Goodie for the "On Writing" Shelf

But diving into our vast personal experiences of conflict is not exactly the first pool of creative energy any of us wants to explore. It’s sludgy and unpretty. It gets our heart beating faster than we’d like and it makes us irritable.

Even boxers don’t rush into a prizefight throwing one roundhouse after another. They need to get a feel for the opponent first. Test out their strengths and weaknesses before they attack with combinations.

So what to do?

Take yourself out of the equation and focus on the imaginary people you’ve invented. Think about how each one of them would play one of these three roles when faced with a direct conflict.

How would he play the victim of someone else or a power out of his personal control?

How would he become the perpetrator, the character that loses his composure and unloads a bucket of bile on another character?

How would he play the rescuer, the character that steps in between these two combative forces and sides with the victim?

For example, say you have to set up a love affair for your global story. And you need to dramatize a married couple’s rift. After running down a long list of possibilities (a having a baby scene, a purchasing a house scene, an applying for a loan scene, a wrapping Christmas presents scene…) you decide to write a domestic dinner scene.

How do you do it without using cheesy conflict behavior—having dishes thrown or spewing on the nose “you’re a terrible husband” dialogue?

Start with a VPR analysis.

But remember, no one sees himself as a perpetrator. We only lash out when we’ve been victimized…our assaults on others are never offensive. [Unless we’re sociopaths and while sociopaths are scary, they’re one-dimensional characters.]

Our attacks on others are defensive. We can only stand so much and then, bang, we fight back. So you must figure out how someone would feel like a victim before you can have him play the bad guy. And once he does lash out, he’s going to want to get back to the victim role as soon as possible.

You’ve decided to have a well-to-do husband and his wife invite two single people over for a nice summer evening dinner. That’s the task you’ve set for yourself as a writer. Of all the ways to dramatize a rift between two people what makes the most sense in your particular story is to do it at a dinner party.

You simply call it “The dinner party scene” in your outline. But today’s the day you have to write the damn thing.

Before you do anything, you think about how the husband would see himself as a victim.

Here’s what you come to understand:

The husband would rather be sitting at a dock with a fishing pole in one hand and a sandwich in the other rather than entertaining, but he squelches that want and decides to do a good deed for his wife. He’ll put on the seersucker and play the congenial host. And he thinks perhaps later on in the summer he’ll be able to beg off from one of these dinners and have that night by himself at the dock.

And then you figure out how the wife would see herself as a victim?

The wife is bored out of her mind and invites over the singles as a way to get some kind of energy going in her incredibly dull life. All her husband wants to do is be away from her and she hasn’t had a polysyllable out of him in months.

Bringing in outside forces will be good for him. It will perhaps remind him of the times they had before they’d been married when they went out practically every night with the most dazzling crowd. That’s what she really wants to do again—be the belle of the ball—but she knows that where men are concerned baby steps are best employed. This dinner could lead to a night out which could lead to a fabulous weekend in the city…

As writer, you decide that the two single people are solidly in the wife’s camp. One is a longtime girlfriend and the other is a cousin in town for the summer.

You remind yourself that what the husband wants is the freedom to do as he pleases, but his need to keep up appearances over-rides that desire. The husband stoically does his duty, but feels victimized by his wife’s (and his social set’s) requirements.

What the wife wants is some excitement in her life, but what she needs is to be the center of attention at all times. Her husband is providing neither of those services and thus, she feels victimized by his inattention.

The singles that walk into this simmering cauldron of resentment have come at the invitation of the wife, and thus feel an allegiance to her rather than the husband. Should someone be in need of saving, both of the invited guests will choose to rescue the hostess.

This set up does not go unnoticed by the husband. He knows that he’s in a three against one situation, which further supports his contention that he’s being victimized. But he decides to push all of these feelings down and soldier through the evening.

The wife also knows she has the upper hand and given the opportunity, she’ll nudge and poke her husband in front of her guests. Given their social standing, there is little chance he’ll fight back. To make a scene in front of others is déclassé.

So at long last, she’ll be able to put her husband in his place and give him a dose of his own medicine. She’s no idiot and knows exactly what her husband does with his time away from her.

What a fun evening it will be! She thinks.

Into this nice little dinner, the writer decides to have one of the guests (confirmed by the other) reveal the inciting incident of the entire story. The wife’s former lover has bought a mansion across the bay and the entire city has been flocking to his house every weekend to party.

The roles of VPR are firmly established and now, the writer is ready to write the first draft.

If you don’t think that F. Scott Fitzgerald pulled his hair out for months before he figured out the power dynamics in this scene, you’re mistaken. After his seductive introduction to a glamorous world in Chapter One, Fitzgerald writes this scene with such skill that it seems to have nary a negative word. There is so much conflict underneath that it is unnecessary to have any on the surface.

This scene tells you everything you need to know about these characters and gives the reader the irresistible narrative promise that “this isn’t going to end well.” And there is no doubt by the end of THE GREAT GATSBY, how the dynamics of the Victim, Perpetrator and Rescuer roles from this scene drive the depth and breadth of the novel.