In the dream, the writer and reader need no publisher or retailer. There’s no pooh-poohing gatekeeper or everything store keeping a writer in the wilderness or hiding his gems in the stockroom. 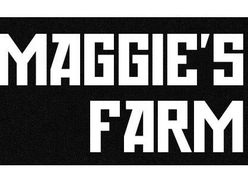 It ain't just a song

There is no front table. No cooperative advertising.

It’s simple. In the dream, the writer and reader are connected. One creates. The other supports the creation.

The writer writes something. He publishes it by working with other artists (editors, copyeditors, proofreaders, cover artists, book designers)…not as an employer demanding 40 hours a week of obedience and having to offer a salary, health benefits, and possibly a 401K for that servitude (overwhelming expenses that can take the fun out of anything).

Instead, the writer negotiates a fair fee for the piecemeal work and the supporting artists deliver.

The way this publishing works doesn’t require that the writer hand over his work to a corporation just to get Wal-Mart or Barnes & Noble or an independent bookstore to carry a copy for couple of weeks.

Instead, the writer uses a virtual network to let the people who like his work know when he has something new available. Over many years, the writer attracts readers to his corner of the universe.

And one day, subscribers to his network reach a level that sustains the writer. All of the capital he invests to build the network comes back to him. And then some. Enough to finance another book. And then another one. And so it goes.

So given the following retail experiences, which do you think readers who feel personally connected to their favorite writers would prefer?

This is the question of our time. I think the answer’s pretty obvious.

Today, generally out of every dollar of a paperback’s retail cover price, here’s where the pennies land:

42 and ½ cents go to Publisher (Hachette for example)

Okay that’s the old school “wholesale” model where the retailer (Amazon.com) could charge whatever they’d like as long as they paid half of whatever it is the publisher decided the book should be worth in the retail marketplace.

Guess what…that model is still in place for over 60% of books sold, the physical copies with paper in between laminated covers.

So what’s the big debate between Hachette and Amazon.com?

EBook…the virtual book that requires no additional capital investment once one copy of the book has been written, edited, designed, and coded. It’s a fixed cost, not one that has to be paid for every single copy sold.

The bone of contention, as best I can surmise, is whether or not the publisher (Hachette) or the retailer (Amazon.com) gets final control of the price point to consumers. That’s really what it comes down to.

Who gets to name the price of the book?

Not to the writer and not to the reader, the only real players in the literary trade. (Everyone else is supposed to be serving these two groups) They have no control either way, but it’s they who are least served by this clash of the titans.

The writer won’t get one penny more or less after this dispute is resolved (and really guys, you’re acting like Dr. Seuss’s North and South going Zax). And the reader won’t get any great price break either. Both have said that they generally agree that $9.95 is the right price point for an EBook. Just when the price reaches that point is the question.

But make no mistake, neither Hachette, nor Amazon.com are in business to connect writers and readers. And that business is the business of the future…a future so quickly approaching that in five years (probably much less) this will all seem silly. I remember watching Star Trek as a kid and never imagining that there would one day be a thing that you could flip open and use to call someone thousands of miles away…

Why aren’t Hachette or Amazon.com trying to directly connect writers and readers? Hey, Facebook was started only ten years ago… And I’m not talking about Goodreads, which seems to me to be a place where our inner critic can go to town and where we can also score some free galleys, not somewhere to find out where Harlan Coben got the idea for his Myron Bolitar series.

Because when writers and readers connect, they don’t need Hachette or Amazon.com.

So all of you wonderful writers who work on Maggie’s Farm (be it for her Pa, or her Ma…it’s all one farm and you are not the owners no matter how well paid), I have a suggestion.

Between the two groups of you who are signing petitions for Pa or for Ma, you’re 2,500 of the most popular writers in the world.

Why don’t you open up your own store and directly connect yourself to the people who support you…your readers? Put your relationship to them first, not with any of the forces that come between you.