When Not “Earning Out” is a Good Thing 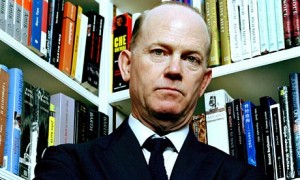 A client brings an idea to the agent who advises the client about its commercial possibilities. It’s important to note that this advisement traditionally means whether or not the agent thinks he will be able to sell the project to a major publisher for a compelling advance against royalties. Not whether there are actual people out there willing to pay money to read such a book idea.

The way the best sale works (meaning to the best advantage of the writer and agent) with a major publisher is to make sure that the publisher’s advance guarantee exceeds the amount of royalty that the writer will actually earn.

For the life of the book.

So the publisher lost money on that one, right? Not by a long shot.

The publisher has made a major return on investment even though it has paid $750,000 more than the book earned. How did that happen?

Let’s not forget about returns though.

But for the eBook, the cost would be negligible. Hence the land grab to control eBook between Amazon and the Big Five.

Even though the book never “earned out.”

How far would a publisher be willing to dip into their pool of revenue to overpay for a book? This is the question literary agents enjoy contemplating. For the above scenario…if the publisher had a crystal ball and knew that the book would sell 2,000,000 in that combination of formats? I’d suspect they’d go as high as…$10,000,000.

Naturally a literary agent wants to have a lot of clients like Ms. Bestselling Writer. Clients who cannot command a competitive bidding situation (more than one publisher vying to purchase the rights to the book), they’d prefer to pass. If only one publisher wants your client’s book, you have very little leverage to negotiate.

The big books from big name writers (who don’t bleed red ink, but don’t earn out either) are the coveted ones for agents. Although it may be apocryphal, agent Andrew Wylie has been credited with having once said, “If my client’s book earns out, I haven’t done my job.”

But here’s the thing…

When I began in publishing in the 1990s, there were at least 20 “major” houses to submit a book proposal or novel. Today there are only 5 major corporations that control the trade book market. Sure, you’ll hear that there are tens of different publishing imprints within the major corps that “compete” with each other for properties. But when the time comes to put money on the table in a book auction, only one of those imprints from each of the five will end up bidding. The most big bids you’ll ever get as an agent today are 5.

And you can never discount the power of negative commentary around a book on submission.  Book publishing is so connected that if an editor at Random House didn’t care for a submission, you can count that an editor at HarperCollins who also received the submission will get that information before his having to make his own decision.  No one likes being the only one to like something.

Just as book fever can escalate if multiple editors pursue a particular project, so can “negative” feedback kill a book before it’s ever had a chance.  Talk to any agent and they’ll talk your ear off about a submission of theirs that got killed by a single snarky comment.

What all of this comes down to is the fact that becoming one of those coveted major bestselling writers who can garner $1,000,000 plus advances is as likely for a fresh faced young actor to become Brad Pitt.

As for literary agents, the notion that they’re going to build a stable of these unicorns is just as likely.

If only there were a way for writers to do their work, find people who like it, and then offer the book to them directly through free distribution networks as well as their own…  Instead of having to curry favor with a big shot literary agent, then hope the literary agent is able to drum up enough interest from the Big Five to make a good deal, and then wait 12 to 15 months for their work to reach the public and then another month to learn whether the book “worked” or not and then hope that their next book will be embraced by their publisher, all the while never knowing who actually bought their book or why…

Big corporate book publishing will always have a place for Ms. Bestselling Writer.  But if you aren’t her, wouldn’t all of the time you spend hoping to magically become her be better spent learning how to become Ms. Master of Permission Marketing?

And guess what?  Once you do master permission marketing and build your own platform to speak directly to your book buyers, guess who’ll come knocking on her door?

Big Literary Agent and Big Publishing, that’s who.  But by then, you may find that what they’re offering isn’t such a great deal.