In honor of Halloween, here’s my favorite insider book publishing expression which represents the most desired property of any publisher, The Category Killer. 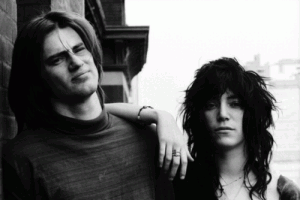 What it means is this:

When a book (or author) hits on all cylinders and is absolutely way above the standards of its genre—be it fiction or non-fiction—it has the potential to become a category killer. When it does, the book and the category become synonymous.

Oftentimes the killer sells at least twice as many copies as the next bestselling title in the category.

But just as often, the category killer is one of those titles that the inside publishing community references more than the regular Joe.  The reasons why the insiders know about these gems and the public doesn’t has more to do with the publisher’s failure, not the writer’s.

These gone but not forgotten books live in the publisher’s backlist, but because they never got any love from the marketing or publicity departments, they remain steady but not incredible word of mouth underground category killers more than those of the “Million Copy Bestseller” variety.

But trust me, editors know these titles by heart.  Especially those that fall inside their editorial specialty.  They throw them out at editorial and acquisition meetings with aplomb.  I don’t want to jinx it, but this could be the next _____.

Here are some of my favorite category killers in no particular order:

WHAT TO EXPECT WHEN YOU’RE EXPECTING by Heidi Murkoff and Sharon Mazel: Baby-birthing’s Bible.

THE GREAT GATSBY by F. Scott Fitzgerald: Represents the Great American Novel…whether you agree with that assessment or not. I do.

DIAGNOSTIC AND STATISTICAL MANUAL OF MENTAL DISORDERS by American Psychiatric Association:  Is this a sexy title?  No.  But is it a gold mine for the publisher? Yes.

LIAR’S POKER by Michael Lewis: No one, not even The Wolf of Wall Street can outdo Michael Lewis in his element.

FINDING THE WINNING EDGE by Bill Walsh: Anything/Everything you wanted to know about football. Seriously.

MASTERING THE ART OF FRENCH COOKING by Julia Child: So ubiquitous it inspired JULIE AND JULIA and my favorite performance by Meryl Streep.

TO KILL A MOCKINGBIRD by Harper Lee: So you want to write a Coming of Age novel?

PERMISSION MARKETING by Seth Godin: The playbook for anyone who wants to blend art and commerce without cynicism. It gains in relevance every single time someone publishes a blog post.  Don’t forget TRIBES either.

GONE WITH THE WIND by Margaret Mitchell:  Southern historical romance, anyone?

GATES OF FIRE by Steven Pressfield: War as art.

PRIDE AND PREJUDICE by Jane Austen: The Love Story. Period.

THE SILENCE OF THE LAMBS by Thomas Harris: The Serial Killer Story. Period.

DELIVERANCE by James Dickey: So you want to write a book about a group of guys communing with Nature?

LONG DAY’S JOURNEY INTO NIGHT by Eugene O’Neill:  Domestic drama about family secrets anyone? Do you think Sam Shepard or Tracy Letts or Jonathan Franzen or Judith Guest ever heard of this one?

A FAN’S NOTES by Frederick Exley: So, you want to write about how important sports are to the male ego?

THE BELL JAR by Sylvia Plath: So, you want to write about a woman losing (or not) her mind?

ONE FLEW OVER THE CUCKOO’S NEST by Ken Kesey: So, you want to write about a man losing (or not) his mind?

THE GODFATHER by Mario Puzo: So, you want to write a novel about organized crime? Fuggedaboutit…

THE TIPPING POINT by Malcolm Gladwell: So, you want to write a book about business, but you want it to be Story driven and entertaining?

THE PRINCE OF TIDES by Pat Conroy: So, you want to write a book about Southern family secrets?

THE WAR OF ART by Steven Pressfield: So you want to write about the individual artist’s inner Resistance to meaningful work?

THE BEST AND THE BRIGHTEST by David Halberstam: So, you want to write about how deferring to “geniuses” just because they went to Harvard may not be such a good idea?

MAN’S SEARCH FOR MEANING by Viktor Frankl: Can’t be pithy about this one.

CARRIE by Stephen King: So, you want to write about what High School feels like to anyone who wasn’t in the homecoming court.

THE BOURNE IDENTITY by Robert Ludlum: The first existential thriller…when it’s probably for the best when you don’t know the answer to “who am I and why am I here?”

PRESUMED INNOCENT by Scott Turow: A treatise on guilt in all of its myriad manifestations stuffed inside a narrative fastball.

So if you target a category/genre that already has a killer, wouldn’t it be a good idea to read and analyze that book so that you know what you are getting into before you get into it?