How do you choose what kind of story you want to tell?

Maybe you do it by thinking up a “What if” Event—what if terrorists attacked in the middle of the Super Bowl*?

Maybe you do it thinking of a “What if” Protagonist—what if the hero of my story is an inanimate object**? 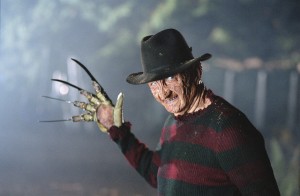 Obviously, you can’t have a story without events and protagonists. But is there another way to goose yourself into a feverish writing jag? One that can sustain you for an entire first draft?

My advice to anyone tinkering in their heads about a big Story is to put both Events and Protagonists aside.  Especially in the primordial stage. You’ll have no shortage of anguish with those two elements in the future, but for now—when you’re just doing internal spit balling—forget about them.

The most important element in any story is the force/s of antagonism. If you create incredibly specific forces of antagonism that you want to explore, the choice of genre to expose that darkness becomes crystal clear.

The hard truth is that the bad guys and the internal subconscious torments of your lead character will make or break your Story. The simple reason why is that readers want to witness life at the furthest edges of human experience.

Yes, I know you’ve been thinking about your protagonist (probably a thinly veiled version of yourself) since you were in kindergarten.  That’s fine. We’ve all done that.  But now, it’s time to put a pin in all of those thoughts and do the very difficult dirty work necessary to make your Story compelling and interesting.

The truth is human beings love evil. We’re fascinated by it. In all of its wonderful and horrifying forms. It is your job as writer to create a fresh Hell, one no one else could ever imagine. The more sinister and powerful the better.

No one reads or watches The Wizard of Oz to see Dorothy. We tune in to see the wicked witch. She’s the one who takes no shit. She’s the one who wants and actually has total dominion over her world and does whatever it takes to get it and hold it. If L. Frank Baum had created a “sort of mean witch,” no one would care. It certainly would never have been made into the classic movie.

Once you nail the darkness, the rest of your Story will practically take care of itself.  Embrace all the bad thoughts you’ve ever had, all of the frustrations you’d endured in your life, all of the nasty, petty, revenge oriented fantasies that have ever occurred to you. Can you adapt one of them into a compelling plan? A plan that a master manipulator could execute without detection?

Put your protagonist up against all of the worst things you can imagine.  Not the stuff you’ve seen before on TV or in the Movies…the stuff you wish you could get away with when you are your most angry.  Indulge your darkness in your Storytelling.  Once you nail the negative, the protagonist will, by necessity, gain in stature.  If your protagonist can confront and overcome the worst you can dream up, he/she will be indelible.

*The compelling “What if” of Thomas Harris’s novel Black Sunday

**Luxo, Jr. is a desk lamp and the protagonist of John Lasseter’s first Pixar film.