Too Old For Heroes

Like you, every Wednesday morning, with my first cup of coffee in hand, I sit down and read Steve’s WRITING WEDNESDAY posts. 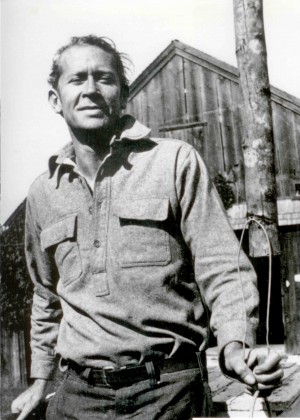 Preeminent listener, E E Cummings..."nobody, not even the rain, has such small hands"

His recent series on “killer scenes” and the ways in which he constructs his work have been off the charts for me.  Here’s what I love about them:

Reading about how Steve does it from the Left Side of the brain takes away a lot of the terror I’ve associated with the Muse.  I’m the kind of person who thinks the Muse has no interest in me.  I’m a blue-collar worker just banging out the word count and then getting out the sander after I’ve got some knotty pine to smooth.

It’s obvious that Steve does not do anything of the sort that I do.  He does not construct his stories so much as he tunes in and listens to his inner word whisperer.  He then pulls out the meaning of the messages that come to him from the great unknown.

Of course he’s a pro, though.  He wears the same blue-collar I do.

He knows all of the stuff I know (more even) so he organizes the messages in a general/global structure that aligns perfectly with Story nerd systems like mine.  He knows he needs inciting incidents, progressive complications, crises, climaxes and resolutions in every scene he writes etc., but instead of working to fill up boxes, he thinks about the whole trunk first.

I find his technique terrifying.

If I can’t label something and put it inside a methodology, I just as soon toss it in the trash can.  But after having read Steve’s Killer Scenes series, I feel better.  I’m more open to the quantum soup.  I’m not so quick to toss out a phrase that somehow jumps into my brain.  Now I’m putting them in little folders to marinate.

Which brings me to the title of this post…TOO OLD FOR HEROES.

This phrase came to me the other day out of the blue.  I was in the car with the fam, staring into the middle distance as I often do, and my wife asked me what was wrong.  I simply said, “I guess I’m too old for heroes.”

What does it mean?  What kind of story is in there?  Why did it come to me at this time in my life? Is it original?  Or did I hear it somewhere else and it just lodged in my mind?

Here’s what I think right now.  As children we need heroes.  We need people to emulate, to believe in.  First they are our parents, who soon prove themselves human and flawed.  Then there are popular culture figures…sports stars, movie stars, even writers.  The baseball player cheats, the movie star gets a DUI, and the writer self-destructs and marginalizes his talent.

We lose our bearings.  If all whom we’ve emulated prove venal who will we rely upon to guide our life’s passage?

What’s left after there is no one else to model oneself upon?  This is what strikes me the story inside that phrase is about.  It’s about a character that realizes that he’s fallen into the abyss.

Will he find meaning or will he succumb to despair?

Damn, there really is something to that Pressfield Muse thing… Just from that one phrase, there’s an inherent Internal Content Genre in there. Is it a morality, worldview, or status Genre?  Not sure yet, but there definitely is one in there.

And the phrase also inspires a whole slew of possible External Content Genres too.  Sounds like a Cormac McCarthy-esque modern western/crime story like NO COUNTRY FOR OLD MEN.  It could also be a Science Fiction story like THE MATRIX.  Or a May-December Love Story with a strong woman at its core, like that Jill Clayburgh movie AN UNMARRIED WOMAN from the 70s.

Whatever it is, it could be amazing.

Will I ever write it?  Who knows, but if I do or not matters little really.

I know we write about writing and everything here and we’re all looking for that end product/magical “book, screenplay, play, television series” to prove something to ourselves and/or attain some kind of third party validation, but that phrase is enough really, isn’t it?

That phrase came out of nowhere, even if I’d heard it somewhere before, and it comforted me at a time when I obviously really needed some. What I love and admire about Steve is that his work and his courage to pull back the Kimono on how he creates it has taught me to listen to what comes to me without the blue-collar grind.

The stuff of beauty…

I don’t have to do anything with it.  I just have to tune in.