A friend of mine is the best literary agent in the business. 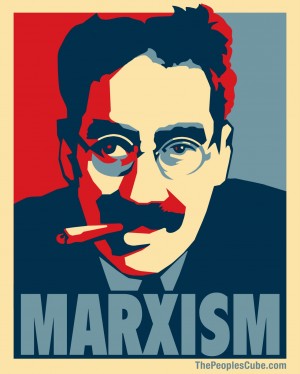 She is extremely conscientious, knows her chosen genres better than anyone else, and does that rare thing most agents choose to avoid at all costs.  She not only tells her clients what’s wrong with their stuff, she literally re-writes their material to show them how to fix it.

Telling a client what’s weak (the primary skill set of an agent and a crucial one at that) is so much easier than showing them how to actually fix it…You need more Oomph in your prologue and your sample chapter needs to hit the same notes, but reach a higher crescendo! Versus actually re-writing the prologue so that it has more oomph and then handing it over to the client to re-work, correct and make his own…

She works with her clients (mostly nonfiction) from muddy first idea through the final draft of their proposals.  She’ll edit the proposal until she is absolutely sure that it is the best that it could possibly be.

When she’s finished, the writer doesn’t just have a great piece of material to sell, but he’s got his marching orders to actually get the thing written.

She’s known for taking a “B” idea that would be interesting to perhaps one or two publishers to fill out the final slots of a particular season, and turning it into something that every one of the Big Five publishers will want at the top of their lists.

Every editor who works with her trusts her expertise and she’s able to submit a proposal on a Thursday and have an auction for it the very next day. Because she works so intently, she only submits perhaps 3 or 4 things a year, but the material is so outstanding that she makes a very nice living collecting her 15% commissions.

The other amazing thing about her is that she’s a lone wolf.

She isn’t beholden to a Big Agency and its internal politics (don’t get me started on those) and she’s not holding a lot of junior agent hands either trying to build a Big Deal Agency with her name at the top.  She loves to work Stories and so figured out how to build a business doing just that. With as few distractions as possible.

If I ever choose to take a crack at some big idea book, she’d be the first person I’d call.  And if she offered to work with me and represent it…I’d be honored.

So I saw her for lunch the other day and she tells me this story.

One of her clients is a very big deal at a very important magazine.  His previous books were all bestsellers and he’s recognized as the leading figure in a particular kind of form of investigative journalism.  My agent friend discovered him as a cub reporter and has worked with him from day one on his books.

So her client asks her if she’d be interested in taking a call with one of his colleagues who has an idea about converting some deep investigative work into a book.  She hesitates because she has a full plate of projects already and isn’t immediately overwhelmed with enthusiasm for the subject matter.

She explains this to her bestselling client but also agrees to take the call nevertheless.

Maybe there’s something there that she hadn’t considered?  Why not hear the guy out and see?

Now I’m sitting at lunch with my picked over Cobb salad and being the old dog I am, I think I know where this Story is headed.  The guy will call my friend and completely waste her time and then he’ll insult her saying that perhaps she’s just not smart enough to get the nuance of his brilliance…

So my friend emails the guy who wants to be her client with a time to call her and sends the guy a sample proposal that she thinks is applicable to the general idea that he’ll be pitching her.

So, the guy never calls right?  He reads the proposal and loses his nerve because he doesn’t think he has the chops to write like that, right?

The potential client instead, spends the entire night before the call writing a proposal in the way that my friend suggested with the sample.  He actually sends my friend a draft of the proposal before the call.

My friend is amazed by this behavior.

But his proposal sucked, right? I say.

The proposal is really quite good.  My friend thinks that there are some big flaws in it and there is way too much Inside Baseball that will be lost on editors looking for a Big Idea Cultural Gestalt Shift book, but my friend’s synapses are popping in her head and she’s piecing together how to take this Story to greater heights.

Fantastic! So you had the call and you hashed out the idea? I say.

She tells me the gist of the idea and it’s stunning.  It’s so good that I want to read the book right now.

Well, the day after their call, my friend who’d agreed to work with the guy sent him her agency agreement.  An agency agreement is a basic document that writers sign so that the agent they work with will not be fired just after they do a ton of work.  It protects the agent and assures the writer of what the terms of the relationship will be.  Basic stuff.

The day passes and the guy does not sign the document. The next day, he sends an email telling my friend that he’s been premature opening up the idea to an “agent” and that he’s going to weigh his options and perhaps get back to her in the future.

My friend looked at me and I looked at her and we both laughed… It was textbook GMS, Groucho Marx Syndrome.

After he’d been accepted to the Friar’s Club in Beverly Hills, legendary comedian Groucho Marx sent them the following telegram.

“PLEASE ACCEPT MY RESIGNATION. I DON’T WANT TO BELONG TO ANY CLUB THAT WILL ACCEPT PEOPLE LIKE ME AS A MEMBER”.

It’s an unfortunate part of life that we all harbor such deep inner doubt that anyone who responds to our work we must somehow find suspect.  That’s just a fact of life.  Sharing that lizard brain thought though, or worse acting on it, is just the telltale mark of an amateur.

My agent friend was playing this potential client perfectly (even though she was sincere in her reluctance to take him on) when he got the message that she wasn’t interested in his work.  That disinterest motivated the man to such a degree that he banged out an entire proposal overnight to prove her wrong.

When my friend actually responded positively to his work, that’s when the Groucho Marx Syndrome reared its ugly head.

The potential client was probably over the moon happy that a big deal agent who represented his colleague’s bestselling books would want to work with him.  But then after having the reality of the situation sit with him…he lost his confidence.

And like Steve wrote about on Wednesday “Love in the Time of Resistance,” the potential client probably went around and asked his “friends” and loved ones their take on what had happened.

They all probably said, “Geez, is this woman such a great agent?  I’ve never heard of her. Have you done your research?  What if WME would take you on?  I have a friend who could introduce you to someone over there…etc. etc.”

I started ranting and raving about what an idiot the guy was and then my friend laughed it off.

“Look, if he’s that easily spooked by someone who thinks he has potential, I don’t want to work with him.  He saved me a ton of irritation by being so self-sabotaging.  Good luck to him, I hope he gets into that club he’s so desperately searching, but he ain’t gonna be working with me.”