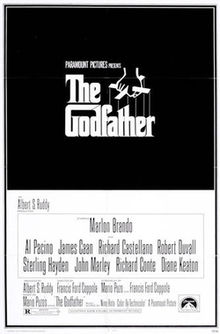 When the book cover is so good…why change it for the movie?

So you’re happy with your title for your novel.

How do you translate that title to a cover image?

Before I launch into my own private cover principles, though, I do need to point out that there is no rule book that I know of for book packaging.

That’s not to say that I don’t have strong opinions about packaging and I have zero doubt that the best packagers in the industry absolutely have rules, but like writing, design is very much a “works/doesn’t work” proposition.

Graphic design is a craft and art as difficult and inspiring as writing. Mastering form and structure (again like writing and any other creative endeavor) is essential. But without a mystical whisper from one’s muse (or someone else’s muse), it can quickly devolve into copycat-itis or worse, a complete cover misfire that pushes primary target readers away from the work instead of drawing them in.

Check out one of publishing’s star designers, Chip Kidd, and his work for more on packaging. His website is a treasure.

My goal with this series is to explain to the aspiring layman self-publisher how a writer or editor or publisher can best collaborate with a graphic artist.

Which brings me to my one and only, ironclad, unbreakable rule for book packaging:

Have one vision. Just one.

Since I mentioned Chip Kidd, I’ll use one of his seminal cover designs to explain. The one that made him a star just a few years into his career. I think he was only 25 when he came up with this idea…which was obviously a response to the book’s crystal clear theme…

Years ago (1989 to be precise), Michael Crichton was an A-list writer with numerous bestselling novels in his backlist—The Andromeda Strain, The Terminal Man, The Great Train Robbery, Eaters of the Dead, Congo, and Sphere.

But the new manuscript Crichton delivered to his publisher (Sonny Mehta at Knopf) was something else altogether. It would come to epitomize book publishing’s throw-down response to the rise of Hollywood’s rapidly evolving “High Concept” paradigm.

Not just its response but also book publishing’s devouring of the concept entirely. So much so that that this novel would serve as the source material for a 5 billion dollar and counting story franchise.

This is an important side note for all of you who think books are cute and all but the real money and power is in finding success in Hollywood.

What do all of those Hollywood franchises have in common? The source material came from novels…that good old fashioned thing created by a solitary person slamming their fingers one by one on a keypad.

Books are the magic rings of the intellectual property realm.

We constantly hear that “the novel is dead.” And perhaps it is as an intellectual ground-shifter. The last one that did that was Infinite Jest.

But as good old-fashioned campfire entertainment that can be exploited as intellectual property across multiple media…novels are still the best things ever.

So perfecting your craft as a writer of long form fiction is not a bad investment at all. The worst thing that will happen is that you’ll become a better communicator and storyteller, which will inevitably make you a better businessperson, friend, entertainer, sibling or parent. To write well is to empathize and consider global narrative arcs. We sure could use more of that today.

And tomorrow, storytelling will be the one skill that will be as indispensable and as valuable  (far more valuable even) as it was yesterday and is today. Being able to tell a compelling story will feed you, your family, and even your descendants for generations. That’s no joke.

Balzac was right when he wrote that in the industrial age “behind every great fortune there is a crime,” but for our global electric village, nothing beats story as property. And the only crimes you have to commit to build your fortune are imaginary.

Create once…sell forever. Intellectual property is your get out of jail-jobs card. And the best IP is story.

So Michael Crichton delivers his new novel Jurassic Park. By May 1990, the film rights have been auctioned off for one and half million against a percentage of the gross! to Crichton. Universal Studios with Steven Spielberg attached to direct beats out Warner Brothers, Sony and Fox.

Knopf schedules the book for November 1990.

All they need now is a good cover.

Easy, right? Spielberg attached, bestselling track record from the author…you could put the thing in brown paper and it will fly off the shelves…

Not on your life.

I can’t tell you how many novels have been set up in similar ways…great big idea with a big movie deal behind it…and then…pfft.

Usually what happens is that the book’s cover is okay and the book performs well enough, but it doesn’t become the next dominant thing in the culture.

Because the cover is derivative.  It looks just like a book that was published before and so doesn’t give off any “fresh” heat.  Or the cover is so completely innovative that it alienates the target genre. The genre’s fans don’t “get it.” So they ignore it. No, they don’t even ignore it.  To ignore it is to be aware of it.  They’re not even aware of it.

And when a genre’s fans (its innovators in marketing speak) don’t know there’s a new book they might love, chances of it crossing the chasm from the book’s arbitrary early adopters who just found the cover cool so gave it a chance to the early majority are pretty much nil. See Geoffrey A. Moore’s book Crossing the Chasm for more about the chasm between the early adopting audience and the early majority…

So how do you create a cover that is innovative but still genre specific? [Let’s not forget that this is what you have to do with the actual story too…]

It requires a singular central vision that can be accurately and incisively communicated to a graphic artist who can then execute that vision.

Chip Kidd is so good at it that publishers expect every designer in their employ to be able to do what he does…which is totally not fair. Visions are rare.  We must be open to them coming from any and all sources and not fall into the trap that any one person is the singular fount of creativity.

Sometimes the vision comes from someone completely unrelated to the project altogether. My wife has provided countless visions and ideas for projects I’ve worked in the past. And a lot of her ideas I stole and presented as my own. And they worked!

A quick sidebar mini-story about that.  When Bob Dylan was recording Like a Rolling Stone, the cheeky 21 year old Al Kooper sneaked onto the organ (he was a guitar player who realized he wasn’t good enough to play on the song) even though all he knew were some basic chords.  The story is too good to ruin for you.  Watch this instead.

Dylan doesn’t care who has the vision.  As long as there is one, turn that organ up!

The key thing is that there must be a vision. A bad vision is far better than no vision at all. A million times better. Like I always say to Steve…this idea is going to be great or terrible!

I’ll not get into the cover art process at the Big Five publishers (I wrote about 1000 words of it and started to drowse off with all of the inside baseball I was covering…). But I can guarantee you that when a brilliant cover vision comes forward; just about everyone will recognize it. A few won’t, though, and they can easily kill a great thing. So you’ve got to stand up for your creation or it will never stand a chance in a big committee.

So what was the big dilemma about coming up with something great for Jurassic Park?

Come on, it’s a no-brainer right?

Well, just think about that first word of that title for a second. Jurassic.

Can you honestly say that Jurassic was a word commonly used before this novel came to be? Jurassic is one of those “science” words that is a huge auditory turn off. It sounds like something that some nerdy guy would say in a National Geographic special about Mollusks.

I’d make a bet that there were probably a lot of people at Knopf who hated that word. They probably wanted to change the title to something like “Dinosaur Park.” But even that sounds kinda stupid.

Jesus…is anyone going to buy into a thriller about resurrected dinosaurs in a theme park?

Really kinda cheesy when you really think about it, isn’t it? I can visualize the eye-rolling at Knopf’s sales conference when Sonny was presenting it in my mind’s eye…

But then, like Al Kooper did for Like a Rolling Stone, a 25 year old Chip Kidd showed them all his vision for the cover…

But the absolute thrills and terrors those animals would unleash on our arrogant species if we did so. The irrefutable message is that these aren’t friendly purple Barney the dinosaurs…they’re serious sons of bitches who’ll rip a human body in half to get to its tasty gooey center.

What Kidd did was to use imagery that every single one us has stored in the recesses of our minds…burned in there from that first moment we walked as little tiny kids into the ending payoff of every Natural History Museum across the world.

But the cover had to be on theme too.  Let’s not forget that.

And here is Chip Kidd’s cover….

It was so innovative while aligned with action genre conventions that it served as the link that made the word Jurassic synonymous with raging dinosaurs as mass entertainment.

Kidd’s vision was so specific and on theme that it even made Universal Studios decide, just as Paramount Pictures did in 1972 when it cribbed the hardcover image from The Godfather, to use his graphic sensibility for their film franchise too.

Think about that… How many movie posters do you see that don’t have a movie star driving the message?  Crichton’s story and Kidd’s cover was so hooky that the movie studio decided it didn’t need Harrison Ford or Arnold Schwarzenegger to bring in an audience.

All it needed was a great director and computer generated dinosaurs… So they skipped the conventional idea that they’d need a huge star in the movie and instead what they did was put every extra penny of their budget into the dinosaurs.

They turned up the organ.