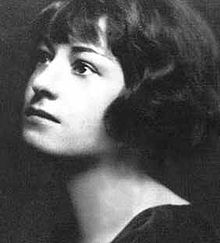 Forgive me if you’ve heard this one before.

I remembered an old joke when I was doing some of the course work for my friend Tim Grahl’s online course, The Productive Writer. I’m taking it to recharge the old writing batteries and learn how to lure the Muse out of hiding more often.

Wisely I think, Tim doesn’t start his course with quick fix tactics to get your ass in your writing chair. Instead he starts with getting you to explore why you want to be a writer in the first place.

One of the questions he has you answer in the second day of work is this:

How will your life look different when you reach your dream of being a full-time writer?

After answering it for myself, I remembered this joke:

A much as he hates to go above ground, Satan decides it’s about that time again to do a little marketing. To keep his numbers up.

His first and only stop…Los Angeles’ biggest talent agencies.

He goes to WME, CAA, UTA and meets with all of the heads, and all of those “hot” agents angling to one day be heads too.

He explains that he’s decided to change Hell. He’s going to make it extraordinarily comfortable.  Not such a downer.  He understands that he needs to counter-program the terrible reputation it has.

The thing is, he’s just tired of losing souls to Heaven… And as a reasonable person he’s not averse to change.

But he recognizes that he needs help. That’s the first step, right?  Recognizing that you need help?  So he’s come to meet with these agents to see if they would be interested in checking out his account.  Money’s no object of course.  Whatever it takes to get the true gen about the old homestead out there, he’ll pay.

Before they decide about the job though, would they be interested in taking a tour? Checking out the new digs?

No commitments necessary. Satan just wants their professional opinions about what he’s done with the place and of how he might improve it.

And just before he leaves each meeting, Satan asks that each of the agents not share this information with anyone else. It’s confidential you see.

All the agents vehemently agree that they will do no such thing. They’ll keep the info locked up in their unbreachable neural vaults.  (This piece from The Hollywood Reporter convinced me to add that little bit to the joke)

All of the agents agree to take a “no risk tour” of FRESH HELL.

Satan schedules their appointments back to back so that WME sees that CAA is there and UTA sees that WME is there etc. etc.

They all discover that what Satan has done with Hell is incredible. There are spas and remarkable vistas and incredibly helpful attendants. It’s just stunning. Like The Four Seasons without the big bill at the end.

All of the agents agree that this FRESH HELL will change the face of earth. No longer will people fear the wrath of Hell. The relief that there will be no penalty to pursuing one’s own personal desires above all else will be HUGE!  HUGE!

Satan thanks them but says that as they all can imagine, he has limited space for FRESH HELL and that he’ll need early commitments to fill the slots he has available. And as he’s sure they’ll understand, he just can’t divulge the total numbers available as that will dis-incentivize people to ACT NOW!

The agents nod in understanding.

He then goes on to tell them that he has set aside some very special VIP sections of FRESH HELL for those who’ve helped him with the re-brand and marketing. He would be honored if they chose to spend eternity behind his very special velvet rope.

No pressure, of course, but Satan is due above to meet with Wall Street consiglieres in an hour, so it might be best for them to sign up now while the spots are still available…

All of the agents excitedly commit to the FRESH HELL and they’re thrilled to jump into the re-brand too.

And in an incredible show of just how much they believe in Satan’s new plan, all three of the agencies work together to get things rolling.

He’s got enough subscriptions to stay underground for generations. And all of those with coveted reserved spaces rest easy and continue to satisfy their own desires without care for anyone else. Billionaires relax. It’s a beautiful thing if you’re one of the beautiful ones.

Inevitably, though, the day comes when one of the “key agents” passes away. His passing isn’t such a big deal though.  It’s almost pleasant as he’s not concerned with eternity.  He’s tight with the man downstairs.

When he arrives in the FRESH HELL! though…it’s absolutely horrifying.

It’s crazy hot. Lakes of fire…demons harassing him constantly…just well…nothing fresh about it at all!

In fact, it seems very much like the old Hell. Not a masseuse in sight!

The dead agent is no patsy you understand.  And he insists on seeing the man in charge.

After a time his guardian demon, for a giggle, takes the agent to meet with Satan.

After some pleasantries, the agent gets to the point…

“What Gives? What you’ve promised ain’t nothing like what you’ve delivered!”

To which Satan replies,

“Oh…you see when I met with you on Earth you were a prospect… Now you’re a client.”