The Power of Negative Thinking

[I’ll return to my Love Story mini-series in my next What it Takes post in the new year.  In the meantime, this oldy by goody from 2015 is worth another look.]

So just how do you take your story to the end of the line…to the limits of human experience?

The storyteller needs a tool to not only understand this concept, but to evaluate whether or not they have successfully done so. And if you’re writing a big story, you have to go to the end of the line. 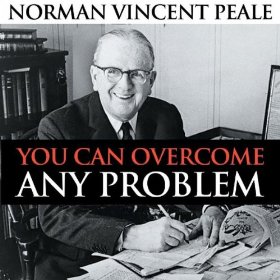 Positive Thinking Gets All the Press

Let’s take a step back and look at Story values again.

What the Hell am I talking about when I use the phrase “story value?”

A Story value has nothing to do with “family values” or financial currency.  A story value is simply a human experience (a judgment of reality) that can change from positive to negative or negative to positive.  It’s best to just list a whole slew of them so that you’ll get the gist.  Alive/Dead, Truth/Lie, Love/Hate, Justice/Injustice, Hope/Despair, Good/Evil, Right/Wrong, Happy/Sad, Naïve/Experienced, Young/Old, Smart/Dumb, Rich/Poor, Freedom/Slavery, Honor/Shame, Chosen/Ignored, etc.

Where one goes off track is in forgetting that these story values aren’t just black and white polarities.

There are progressive degrees of positivity or negativity for each.

The story value at stake for crime fiction is JUSTICE.

A crime has been committed.

Will the crime be solved?

Will the perpetrator be brought to justice? That’s basically it.

By choosing the crime genre the first promise you are making to a reader is an answer to these two fundamental questions.

But we’d all agree that there are varying degrees of crime right?

Stealing a piece of candy from a drugstore is far less of a crime than the wholesale slaughter of an entire village.  There is a wide spectrum of mendacity. Because there is such a wide band, the writer has a choice of how far to take his story.  As every story must progressively complicate, a crime story needs to begin one place, get more and more difficult to solve, and then end in a surprising but inevitable final solution or conundrum. Just how far you take the crime (how globally threatening it is) requires you to figure out exactly where the line ends in terms of the JUSTICE value.

To do that, we need to look at the negative progression (or degradation) of the value at stake.

So let’s begin with the POSITIVE end of the spectrum, which is JUSTICE, and place that at the very left of our degradation line. And we know that the opposite of JUSTICE is INJUSTICE, so let’s put that down the line on the right hand side, further away from the epitome of positive.

But we also all know that there’s more to the negative world than injustice.  There’s crime with extenuating circumstances…like the thief who steals a loaf of bread to feed his starving children.  Did the man steal the bread and did the owner of the store lose a valuable asset?

As Arnold Schwarzenegger would say: “Where there’s smoke, there’s fire, that is true.”

But is this an offense that threatens society?

So somewhere between JUSTICE and INJUSTICE lies a nether region of unfairness.  It’s unfair to the owner of the store not to be compensated for his bread. But the fact that the bread was used to feed starving children—a good outcome from a bad act—lessens the act’s venality. So between justice and injustice, let’s put UNFAIRNESS, which is something in between black and white.

Now the question arises, is there something worse than an Injustice?

The bad mojo that off the charts sociopathic narcissists bring into the world is something more than just unjust, isn’t it?  The serial killer or warlord or fascist genocidal perpetrator is emblematic of a world that is always unjust. In this kind of world, there is no justice.  By definition, it is run with complete unpredictability.  The rules are changed whenever it suits the whims or desires of a central body or figure.

That kind of more negative than the opposite JUSTICE is the world of Tyranny.

So on a straight line spectrum from positive to negative, let’s put Tyranny even further to the right of injustice.

If we were asked to assign a power of ten number for each of these (the number one being the most positive and number ten being the most negative), it would look like this:

If you’ve ever seen the movie SPINAL TAP, I think you know where we should try and reach by the end of our crime story.

Using the power of ten system by assigning a numeric value to the degree of negativity can help you track the progression of your story.

The beginning section of your story should progress from say a 1 to a 4, the middle from 4 to an 8 and the end from an 8 to an 11. The resolution of the story would then bring the story full circle, back to 1, or end on a more somber note, ending on 8 or even 11.

If your crime story is a straight action James Bond kind of thing like THUNDERBALL or LIVE AND LET DIE then your resolution will circle back to Justice, 1…all’s well again in the world.  James Bond has fixed it. Major positive ending.

But if your story is APOCALYPSE NOW of CHINATOWN, you’re going to end on a 11 on the negativity scale. The world is a mess and we’ve gone completely to the dark side.  It’s every man for himself.

What about those stories that have a positive ending for the global story, but have an ironic twist?

Is there a way for a crime story to somehow return the global story value back to Justice (or life back to life in the case of the thriller, action story or horror story) but do it ironically?  That is, bring a criminal to technical justice, but lose something in the process?

If your story is DIRTY HARRY, you can accomplish this irony through your choice of theme/controlling idea.

DIRTY HARRY ends on a positive/negative combo plate of irony.  Our cop gets the guy and justice is served but he breaks the law doing it and leaves his job in disgust (remember he throws away his badge at the very end). The world no longer has a vicious killer in it, but the kind of man who can take him out has been lost too. The only way to stop the killers is to empower fascists/”good” killers is one interpretation of the theme/controlling idea of DIRTY HARRY.

An example of that scenario would be the movie THE SOCIAL NETWORK…  The lead character wins the Business Performance external genre (Facebook is a huge hit) but fails his internal morality test plot (he succumbs to the temptations of wealth and power at the expense of real connection to fellow human beings).

Bottom line, should you wish to reach the pinnacle of your chosen genre/s (don’t we all?) you must think deeply and clearly about the negation of the negation and how best to express its arrival in your story.