By Shawn Coyne | 37 Comments | What It Takes

(From the archives: This one is brought to you straight from December 18, 2015)

Not that long ago I asked an acquaintance to cut an hour out of his day so that I could “run something by him.” 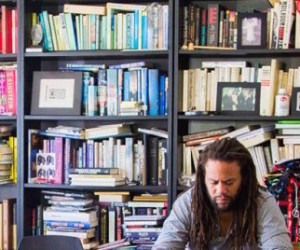 It’s important to point out that this acquaintance had a laundry list of accomplishments parallel to my own ambitions. He was a bestselling writer, a bestselling publisher, and a world-renowned speaker paid big bucks for the very hour I asked of him.

He is someone any of us would put in our top five of inwardly powerful people who’d figured out the secrets of how to live an authentic, generous life while also having a nice lifestyle too.

Hey, I wasn’t some slouch either. I had some serious successes and failures behind me as well. I wasn’t some amateur looking for an easy street. I had a fully fleshed out idea and just wanted to get his take on it.

At least that’s what I’d told myself.

You see I was so invested in my own world and my own desires that I couldn’t recognize the serious desperation underneath my ask.

What I wanted was for him to give me a cheat sheet. I wanted him to tell me how to attract an audience, and then manipulate that audience to do what I wanted them to do . . . buy my shit and come back for more.

What were the tricks to do that kind of thing? Obviously, this guy knew how to do that or I wouldn’t be traveling forty five minutes up the Saw Mill River Parkway . . .

He patiently listened to my idea, which I thought had great potential. Still do.

Hell, here it is. It’s no good sitting on my hard drive:

So after my thirty-minute spiel about my concept of a “Book Black List” and becoming the publisher dedicated to building one, the powerful acquaintance was quiet for about thirty seconds.

That doesn’t sound all that long a time, but just sit quietly for thirty seconds right now and you’ll see that it’s an eternity between two people.

When he finally spoke, here’s what he said:

“It’s a good idea. With dedication and enough time and money to buy a few breaks, it will work.”

That’s all? That’s it? That’s all this genius had to tell me?

I pushed him a bit… Well, if you were to start up something like that, how would you do it?

“How I would do it isn’t going to help you. I would not build that company because there are other projects in my life that I find more interesting. If this idea consumes you, I say plunge right in . . . but there is one question I’d ask of yourself before you jump . . . Why do you want to do it?”

I rattled off the usual “angry young man” responses (even though my youth had been spent tilting at a not too dissimilar windmill) . . .

He nodded and smiled and told me that unfortunately our time was up. As he walked me to the door, we shook hands and he said good luck and all the rest of the stuff you say.

As I stood uncomfortably waiting for the elevator, picking at a cuticle, he oddly stayed in the doorway leaning on the unhinged frame.

The arrival ding came and as I walked into the box I hear him say,

“What if you were given the permission not to have to right injustices or prove anyone wrong or build up a pile of money to do good? What would you do then?”