Episode Forty-Seven: Are You a Western Hero?

Why has the genre of the American Western retained such power generation to generation?

(I include samurai films, detective stories, mutant tales, and most video games under this heading.)

Is it because these tales of the solitary “man with a code” resonate with the lives you and I live today … and the issues, both external and internal, that we continue to struggle with?

Something went wrong. Please check your entries and try again.
Read Episode Forty-Seven: Are You a Western Hero? Transcript Expand

When I started to write A Man at Arms, my new book about Telamon the mercenary, I deliberately set out to structure it as a Western.

I made its hero, Telamon, a gunslinger.

I made him a man who lives by weaponry, literally a “man at arms.”

I set it in vast spaces, the Sinai desert.

I had a number of set-piece “gunfights,” just like in John Wick movies or The Good, the Bad and the Ugly or any Western.

I made it a good vs evil story. Black and white.

Why did I do this?

Because I think the classic Western hero – and Telamon is one, even if he’s set in the ancient world, like Mel Gibson was a Western hero in Mad Max or the Road Warrior even though that was set in a post-apocalyptic landscape or Hugh Jackman was in any Wolverine movie …

Because I think the classic Western hero represents the issue that you and I (and the main freight of American males) are dealing with in our own lives and in our aspirations.

We’re stuck in the Warrior Archetype and it is tearing our culture apart.

I wanted Telamon to face this issue head-on and come up with some kind of answer.

The Western hero IS the Warrior Archetype.

His virtues are the virtues of a warrior.

And his failings are the failings of a warrior.

Virtues? Courage, endurance, skill with weapons, aggressiveness, empathy for others, a moral dimension that impels him to stand up for what he believes is right, even a willingness to die in that cause.

This is all great and we admire it in a Western hero or a samurai or a videogame protagonist or a mutant or an X-man or an Avenger.

But something is missing.

What’s the final scene in every Western? The hero rides off alone. Whether it’s John Wayne or Alan Ladd or the Wolverine or Star Lord or John Wick or Han Solo, the Western hero holsters his gun (or his light-saber) and rides off to … what?

I can tell you one place he DOESN’T ride off to. He doesn’t ride off to raising a family, to contributing to the community, to taking his station morally, ethically and politically within an actual, real-world society with all its messiness and compromise and ambiguity.

Why are Westerns and their derivatives so popular? Because we’ve all fallen in love with that fantasy. 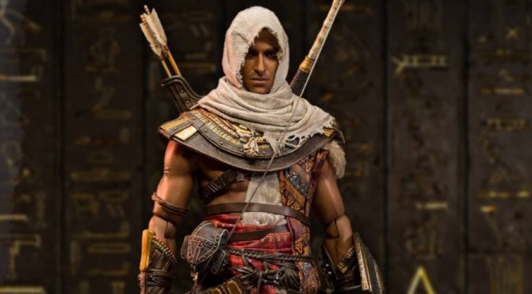 Some of us enlist in the Special Forces, the Navy SEALs, the Marine Corps. Some of us own a dozen Ars and a trunkful of handguns. We have beards and boots and monster pickup trucks.

Is that an answer?

I’m not trying to paint all of us with a broad, bad brush.

Are we stuck in a role that exists only in books and movies and videogames … and that we should have moved on from years ago?