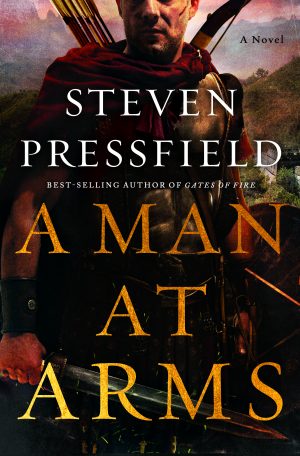 A Man At Arms

“ … captures the ferocity and shock of battle … “

“An epic story … as inspiring as it is gripping.”

“An enthralling epic from the master of historical fiction … “ 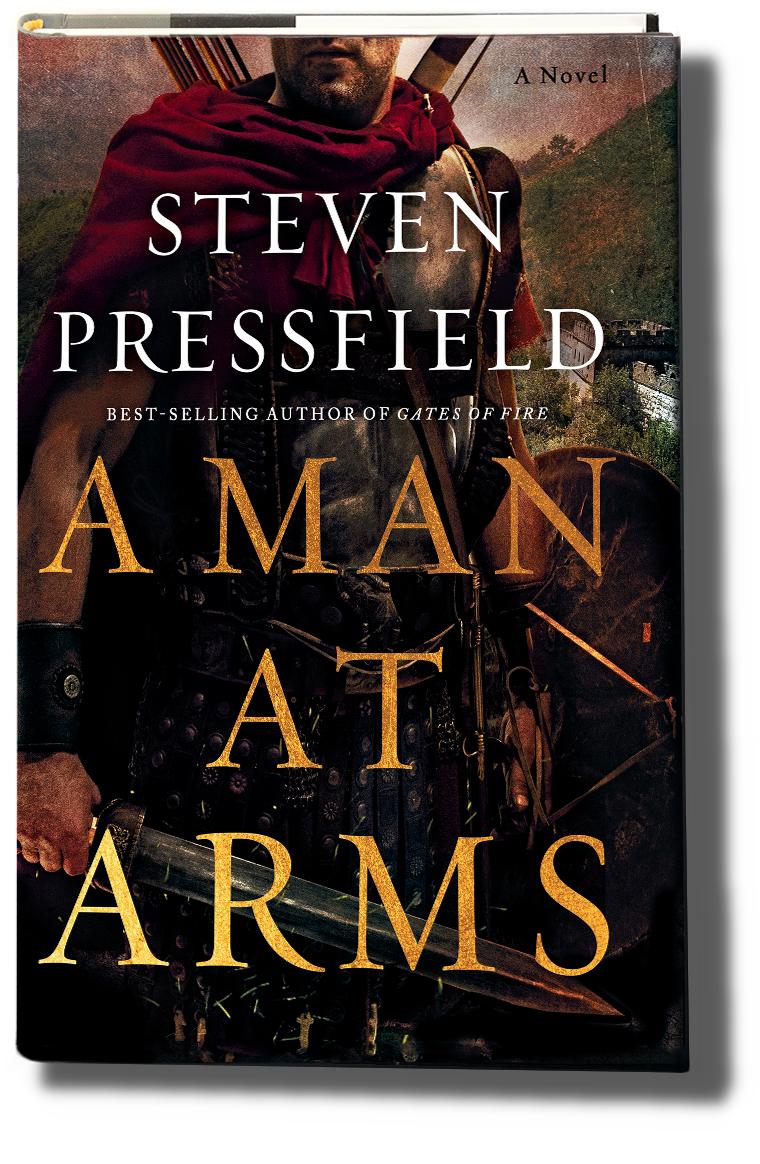 About A Man At Arms

There’s only one recurring character in all my books—the solitary mercenary, Telamon of Arcadia. Telamon first appeared as an assassin in Tides of War circa 420 BCE. He came back as a mentor to Alexander in The Virtues of War, this time in 340 BCE. (Telamon hadn’t aged a day.) He even made a cameo in The Profession, set twenty years in our contemporary future. 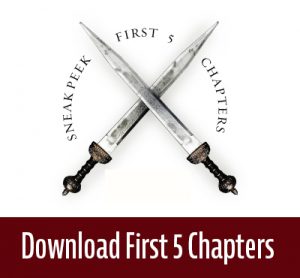 For fourteen years I’ve been trying to find a story that would carry Telamon on to the next phase of his evolution as a fighting man and as a self-reflective thinker.

In A Man at Arms, Telamon’s journey—and my own, as a student and chronicler of the warrior archetype—continues in Roman-occupied Judea, twenty-five years after the
Crucifixion.

If you liked Gates of Fire and my other tales of war and honor in the ancient world, A Man at Arms will not disappoint. 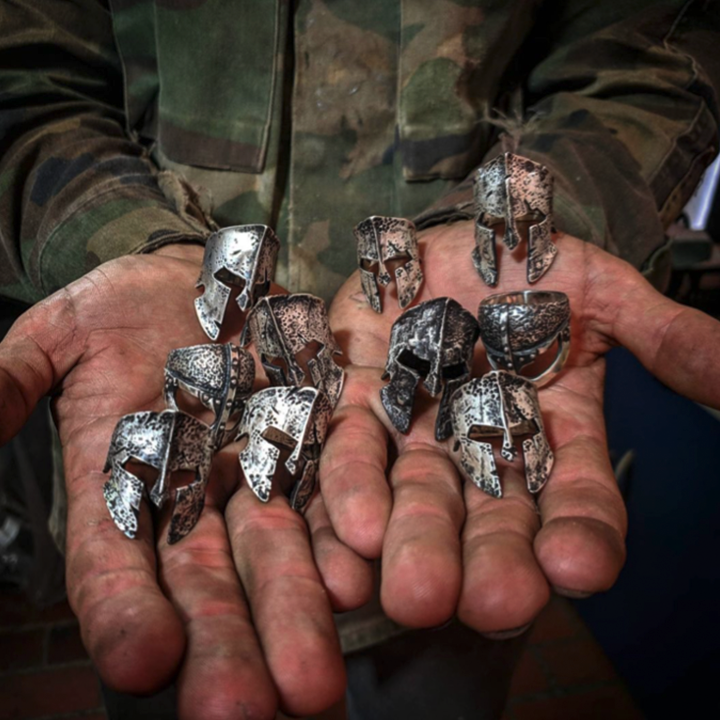 Straight from the workshop of Brazilian artist Bruno Paulino … three winners will each get this 926 sterling silver ring shaped like a Spartan battle helmet. One of a kind. Hand-made at Sangue Espartano (“Spartan blood”) in Sao Paulo.

The Spartan kothon was famed in antiquity as the drinking mug the scarlet-clad warriors took with them on campaign. I asked master potter Joel Cherrico to re-create this vessel that Plutarch wrote about … and that hasn’t been seen in 2000 years. Six winners will get this hand-thrown, one-of-a-kind ceramic mug 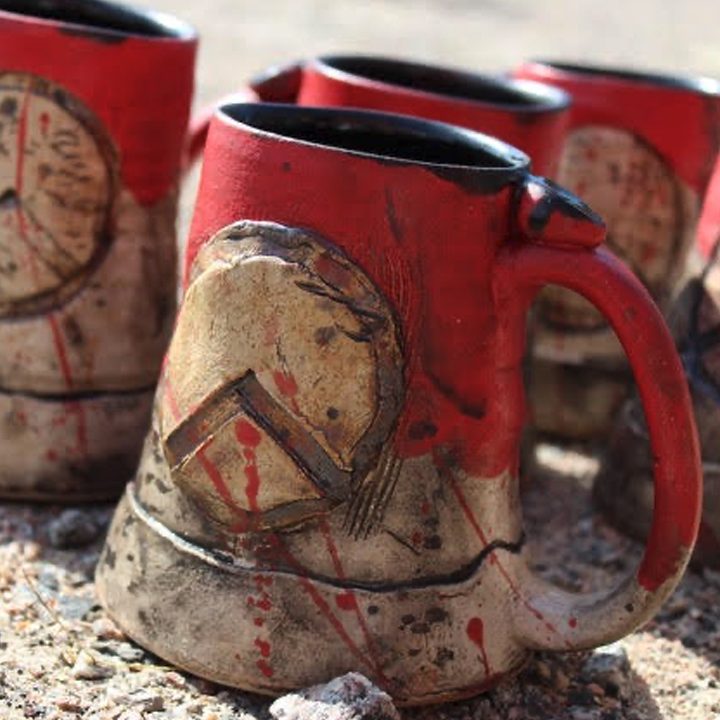 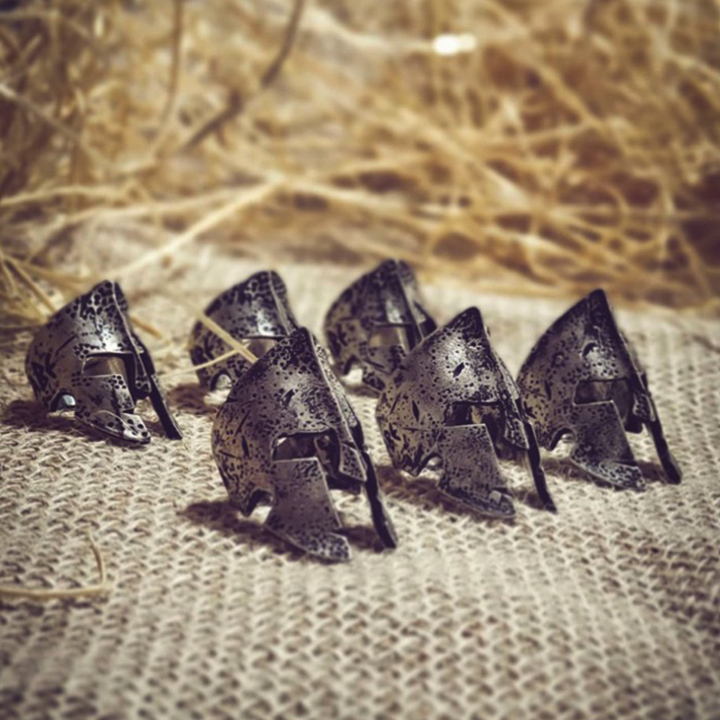 Who says Spartan helmet rings should only be prizes for men? This week, three ladies will be winners of this sterling silver work of art, hand-made by Bruno Paulino of Sangue Espartano in Sao Paulo, Brazil.

Six winners will get these pendant/necklaces based on the ancient Spartan aspis embossed just like the real shields with the lambda for Lakedaemon, the region of Greece of which Sparta was the principal city. Handmade in 926 sterling silver at Sangue Espartano in Brazil by master sculptor (and Bruno’s dad), Marcos Paulino. 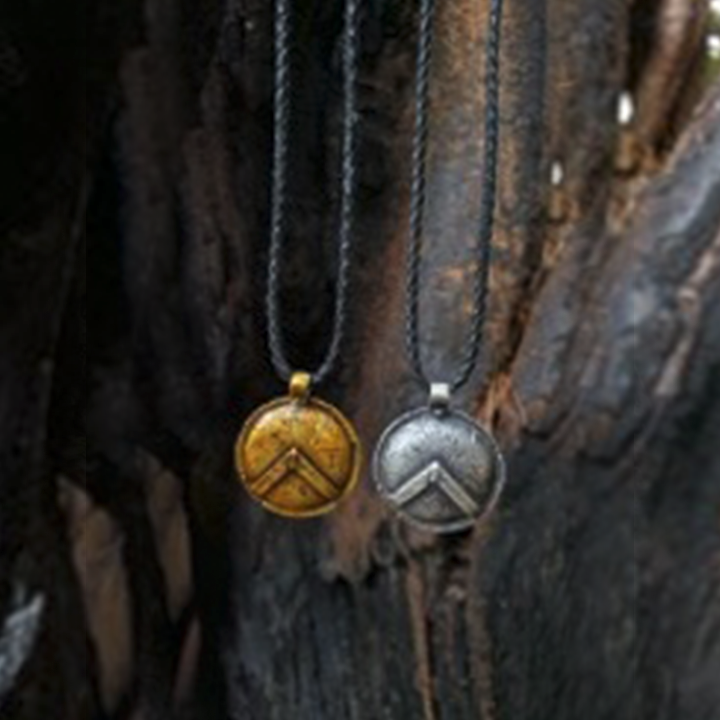 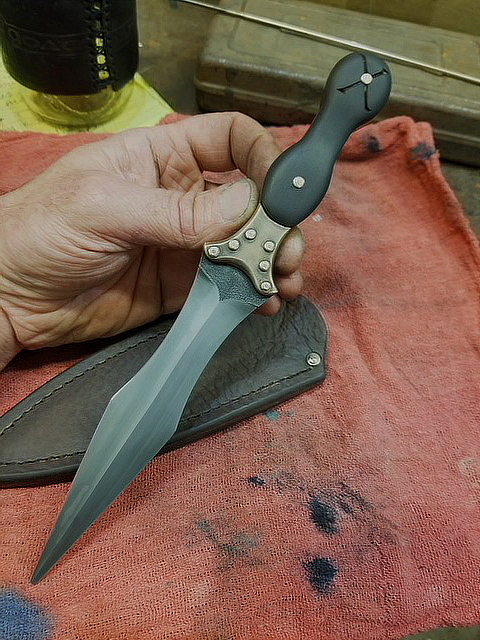 One winner will get a hand-forged throwing dagger by master blacksmiths Mark Hopper and Devin Clay of GoatnHammer in Atlanta. The weapon is a replica of the dagger used by Telamon of Arcadia in A Man at Arms, complete with carved “X” for the Roman Tenth Legion. 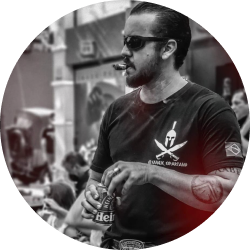 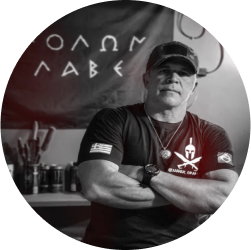 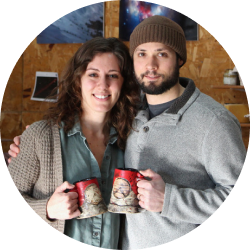 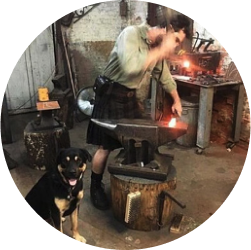 "It is one thing to study war,
and another to live
the warrior’s life."