This book was Seth Godin’s idea. He had made a deal with Amazon.com to publish a series of short books and he asked me to write one. The first one I showed him was the manuscript that would become The Warrior Ethos. Seth rejected it.

I can’t remember whether it was his idea or mine, but we decided I should do a War of Art-like book, but one that focused on the predictable Resistance points that everybody hits in a work-in-progress—and then showed the reader how to deal with each one of these sticking points.

Here are three Resistance points that everybody faces on every project: 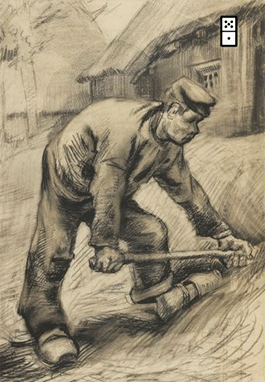 It takes guts to pull the trigger on a new idea. As Seth often says, “This might not work.” We’re terrified. Resistance tells us over and over, This is a lame idea, you are a loser, you can never pull this off, etc.

The notorious Second Act Horrors. You feel like Columbus halfway across the Atlantic. You’ve come too far to go back but the goal is still so far off you can’t believe you’ll ever get there. Resistance loves this point. It jumps on you with every dark self-sabotage thought it’s got.

I had a dear friend, an experienced writer with a number of successes behind him, who had written his Big Book. It was done. He had it in a box ready to ship to his editor. But he couldn’t make himself do it. He was terrified that the book would fail. It was so important to him that he couldn’t make himself take that risk. The heartbreaking climax to this story is my friend died. His book never got out of its box. Resistance doesn’t aim to wound, it shoots to kill. 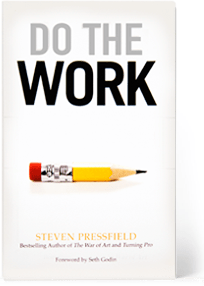