Gates of Fire was my second book. I had no idea what I would do after The Legend of Bagger Vance. One day I was reading Herodotus‘ The Histories (for probably the twentieth time) when I came to this passage about the 300 Spartans and the battle of Thermopylae:

Although extraordinary valor was displayed by the entire corps of Spartans and Thespians, yet bravest of all was declared the Spartan Dienekes. It is said that on the eve of battle, a native of the district appeared in camp spreading alarm by his report of the numbers of the Persian archers. So vast were these myriads, the scout declared, that when they fired their volleys, the mass of arrows blocked out the sun. Dienekes, however, quite unfazed by the prospect of dueling such multitudes, remarked only, “Let the Persians hide the sun; we’ll fight them in the shade.” 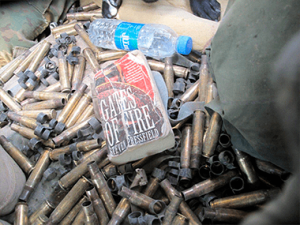 I’d read this passage before, as I said, but this time it leapt out at me. I thought, I know this man. I know this officer.

I can tell his story.

Then I thought, Wait a minute, this idea is even crazier than the idea for Bagger Vance. It’s about a battle nobody has ever heard of, that they can’t spell, can’t pronounce–and it was fought by a nation nobody knows anything about and doesn’t care. No one will be interested in this except me.

But again, I was seized. I had to do it.

No one is more amazed than I that Gates of Fire has sold a million copies. 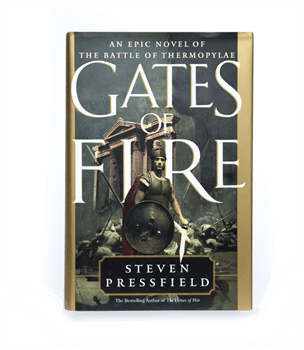