These, in the day when heaven was falling, The hour when earth’s foundations fled, Followed their mercenary calling, And took their wages, and are dead.

Their shoulders held the sky suspended; They stood and earth’s foundations stay; What God abandoned, these defended, And saved the sum of things for pay.

—A.E. Housman, Epitaph on an Army of Mercenaries

Photo courtesy Jim Gant. The concept of The Profession, that mercenary armies will replace conventional forces in the future, is becoming accepted more and more in mainstream military thinking.

I wrote The Profession during the height of the Iraq and Afghanistan wars, when contractors began assuming more and more of the burdens of the struggle. Professionals serving for hire were handling non-combat chores like laundry and food service, logistical supply, administration, etc. They even, in limited ways, were operating as combatants.

I thought, What if this trend were pushed to its limit? What if armies of the future were not 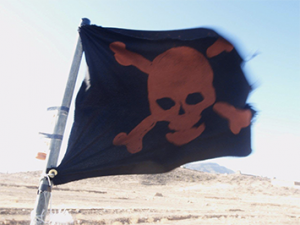 The Profession is set twenty years in the future, in Iraq and the Gulf. It projects that mercenary reality in as real and vivid a scenario as I could imagine.

I was interested in the politics of such a world but more than that I wondered how individual warriors in a mercenary army would function morally, from the grunts at the bottom to the generals at the top.

If you were a merc, would you still conduct yourself by a warrior ethos?

Would you stand by your buddies to the death, like soldiers fighting for a cause or under a flag?

If you’re fighting only for money, what would stop you from running away when the going got really tough?

I concluded with A.E. Housman that mercenary armies, at least in my imagined world, would fight by a code of warrior honor and would stand by their comrades, even in the most mortal circumstances. 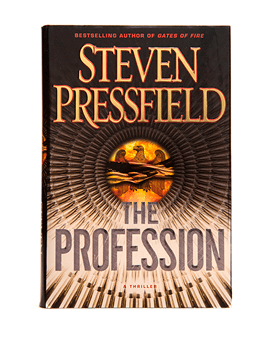