Geoffrey C. Ward is an historian, screenwriter, author and former editor of American Heritage magazine. He has collaborated with Ken Burns and other film-makers, on numerous documentaries, including The Civil War, Baseball, Jazz, and The War, and is the winner of six Emmy Awards, seven Christopher Awards, and two Writers Guild of America awards for his work for public television. He has written fifteen books . His A First-Class Temperament: The Emergence of Franklin Roosevelt won the 1989 National Critics Circle Award, the 1990 Francis Parkman Prize of the Society of American Historians, and was a finalist for the Pulitzer Prize.

What sparked your interest in history? Was it your teenage years growing up in India? A teacher? A specific historical figure who grabbed your attention?

I can’t remember a time when I wasn’t interested in history. During my Indian years I became fascinated with Partition, which had taken place just a few years before I got there as a  teenager, and one of my current projects is a book for Alfred Knopf on that topic. 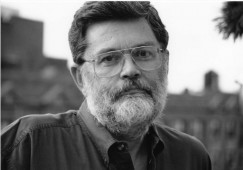 How have you picked the topics about which you’ve written screenplays, books and articles? You’ve said that the personal experience of “having survived polio myself certainly added to my interest in trying to solve the riddle of Roosevelt.” How much does personal interest play in your other projects? And, if you’ve ever found yourself writing about a topic for which you have little personal interest, how do you move through it?

Most of the film topics were picked by Ken or one or another of the film-makers with whom I’ve worked.  All of them have proved fascinating, including baseball which didn’t interest me much before I started writing about it—and doesn’t interest me much now, I’m afraid. Everything seems to have a history in which I’m happy to get lost, at least for a time.

In a recent Creative Process interview, Sebastian Junger was asked how he evaluates the commercial prospects of future projects. He replied:

“I think it all depends on the execution. In the 90’s, a book by Dava Sobel, about longitude, was a bestseller.”

You’ve achieved success with all of your projects. When faced with a new one, how do decide upon the execution? What will it look like? How will it be braided together? What will make the person, people or historical events stand out for readers?

Some projects have done far better than others. I write about what interests me and hope readers will grow interested, too. I really can’t explain the “braiding” process except that it’s the best way I know to spin out the stories of several people simultaneously.

What’s your process for moving forward with a new project? As an example, someone sitting down to write about WWII, could start almost anywhere. How do you begin?

Our story of The War was woven around the memories of forty-odd people from four towns—with a few ringers from elsewhere thrown in. Their memories provided our framework. Each project has its own challenges. That’s the fun of what I’ve been lucky enough to do over the years.

For The War, you said:

“No one can capture it all in a single volume. Certainly, I can’t. What we’ve tried to do, instead—on-screen as well as in the book—is to capture something of what the war felt like for some 40 people from four representative American towns: Luverne, Minnesota; Sacramento, California; Waterbury, Connecticut; and Mobile, Alabama. Their stories are braided together chronologically, with the outcome always in doubt. If we learned anything, it was that in extraordinary times there turn out to be no ordinary lives.”

Though the companion books for the documentaries allow for more information, how do you decide what makes the cut in all of your books? How have you pulled out different themes, emotions, and people to focus on for your other projects?

Story-telling demands selectivity. I wish everyone understood there isn’t room for everything in any history project. I don’t resent critics—I used to be one myself—and I don’t mind being criticized for anything we’ve done onscreen or that I’ve written in a book. But I do get annoyed when critics think it their job to list everything not included rather than discuss what was.

Outside the historical figures you’ve written about, is there one person who continues to inspire your work as an historian and writer?

I admire too many historians to list them all here. But I was especially fond of the late Arthur Schlesinger, Jr. who seemed to combine everything I admire: vivid writing, broad research and public engagement. He was also extraordinarily generous and warmly welcomed me to the Roosevelt field at a time in my life when I badly needed encouragement.

What’s next for you? Is there a new book or documentary being researched?

I’m at work with Ken on a series of seven films about Theodore, Franklin and Eleanor Roosevelt. I’m also writing books about India’s Partition and my own great grandfather, a nineteenth century swindler named Ferdinand Ward. And I believe there’s a series on Vietnam on the not-too-distant horizon.