This Isn’t About Rita Hayworth 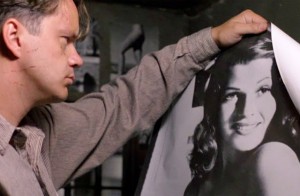 A publicist’s book package ended up in the hands of Washington Post columnist Gene Weingarten—ten years ago. A decade later, I still remember reading the column he wrote about it.

Following the death of Kenneth Lay, Businessweek received a press release that used Lay’s death as a pitching platform.

In Outreach, Part IV: Making New Connections, Finding Lines of Drift I wrote about one of my first cold call pitches, to Dateline, and how I called without knowing what the show was covering—ending with the producer hanging up on me.

Knowing the person you want to reach means knowing about more than the outlet for which they work.

One episode of Dateline gave me a taste of what they were showing at the time, but it took a few episodes to get a handle on it.

Knowing the person, means digging into their work.

One look at Rita Hayworth’s name in a title was enough to catch the attention of actresses interested in appearing in the next Stephen King film, but it took a full reading to understand the lead wasn’t Rita Hayworth—and more reading of King’s books to bring the threads shared within many of his books into the film. Another bit of trivia via IMDB.com:

In the scene after Andy has escaped, the warden wants them to question Red. When they call to open Red’s cell they shout, “Open 237!” This is the same number as the room in The Shining and the amount of change ($2.37) the four boys in Stand by Me collect between them. All three movies were based on Stephen King stories.

Same with Weingarten. One read of Weingarten’s columns will give you a slice of his work, but it isn’t the entire pie. Just a slice. If you’d eaten the pie, you’d have predicted the column that came out of that pitch package.

Knowing the person means knowing what’s appropriate—in this case, though, it isn’t just for the person you are contacting, but across the board.

I often joke that I keep going until I get a yes or a restraining order when it comes to obtaining the goal at which I’m aiming—and going after what is wanted, without burning bridges, can be a tightrope act.

Ask yourself (and be honest):

What do you want to accomplish?

Who makes sense? Why?

Is there an ask? If yes, what? Is the ask something that will take hours of their time (reading a stranger’s manuscript) or less than an hour (considering an author for an interview)?

What is it that you want to share and how will you share it using the fewest amount of words possible? How to avoid repetition?

And what is the tone? Positive? Negative? Will you touch on emotional points? Rely on reason?

How will you show your passion—that this isn’t just another pitch, but something that means something to you? Can you release controlled passion—enough to show why it matters, without rambling overboard?

How will you show you’re sincere?

Most important: How will you avoid auditioning for Rita Hayworth in a film that isn’t about her?