Are You Ready For Mama? 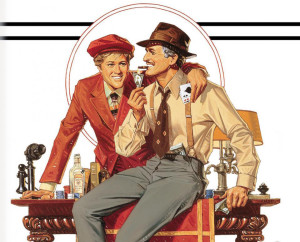 When their half-baked schemes weren’t landing them in jail, they were selling their plasma or sorting out other ways to make a dime.

Gaming the system was the one thing they came by honestly. Their parents had been working the disability arena their entire lives. They were raised as gamers. Mama had the mad scamming skills of Johnny Hooker and Henry Gondorff, but on the redneck, not-so-good-looking, side of the tracks.

Luther was Molly’s boyfriend and Molly was my best friend in high school. I watched their games as a third wheel, not wanting to be there, but not wanting to bail on Molly—which ended up happening anyway. I went from being amused by Scheming and Stupid to being scared.

It was amusing when Molly’s dad asked Luther where he went to college.

The reality: Switch Penn State to State Penn—or State Penitentiary. It wasn’t a lie. It just wasn’t the Penn State Molly’s Dad had in mind.

Jail seems a safe bet for where they are now.

The other option is trolling.

Mama was a wicked woman. Hate ran thicker than blood through her veins. Molly used to say that when she died, they wouldn’t have to embalm her because her blood was already 190 proof.

I imagine her behind a keyboard, spewing shit at every person she despises.

I didn’t want anything to do with her then. Now… She comes to mind all the time.

Mama and her clan of Crazy rise to the top when I’m facing trolls. 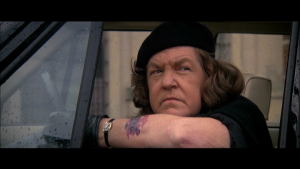 Mama don’t mess around. Credit: Screen shot from the film THE GOONIES.

I know that if I reply, Mama will head to the fridge for her box of wine, fill up her guzzler glass, and settle in for the long haul, a twinkle in her eye and a smile on her face in the seconds before she unleashes the Hell that is her mind.

If you’re on the other side of her screen, are you ready for Mama?

The thing about Mama is that she don’t mess with small fries (unless they get in her way). Gotta be a dollar involved.

If she don’t know your name, she ain’t gonna bother. So if you’re still building your “thing,” consider yourself safe.

If your new book or film — or whatever — is about to launch (anything that puts you in the public eye), consider yourself forewarned.

Having a lawyer on hand is healthy. On your own, though . . . Ignore Mama, which is the course we’ve taken at Black Irish Books. We don’t engage. Mama is hard to ignore. If you can get by her, great. If you engage . . . You’re gonna end up a mess, even if all you’re doing is defending yourself.

Sometimes Ego comes in and wants to shut down the Trolls. Mama will not be shut down. In an alternate universe the role of the Energizer Bunny is played by her. She’ll keep going until her battery has died, her cord unplugged.

If Ego steps forward, remind him of the time it takes to respond to Mama. Remind him that Mama is a professional scammer. She’s not lazy, but instead of putting her powers toward good and obtaining what she’d like through a career, she’s focused on destruction. She WILL wear you down. She WILL suck your time until you have none left for what’s important. She WILL keep going until she sees you destroyed or gets what she wants (which are usually the same thing). She IS a vampire and WILL try to take your life.

Consider yourself warned. Arm yourself with a lawyer and a troll shield. Mama’s out there ready to destroy you.

Are you ready to ignore Mama?