If you want to master communicating and building relationships with the gatekeepers, tastemakers, potential customers, etc within your industry, the first step is to leave your industry.

About ten years ago, I ran across Michael J. Critelli’s Harvard Business Review article “Back Where We Belong.” I kept a copy of the article, surprised that a Pitney Bowes executive had mentioned the book The Sling and The Stone. I was repping the title and it was not a business book, nor one I had considered pitching to a business audience. However… Critelli’s attention to the defense world as a part of his “ear to the ground” strategy made sense. (It’s even more interesting to read now, as Critelli wrote the article during a time of great upheaval in the shipping industry, which plays into shipping today.)

A few takeaways from the article:

1) I needed to pay more attention to cross-over audiences. Who else might be interested in the projects on which I was working?

2) I needed to learn the language of different audiences. I could speak defense and history, but was not fluent in business and other potential crossover industries.

One of my college roommates used to tease me for saying everything twice. For example, if someone asked my opinion, I might reply, “You’re right. You’re definitely right.” If they needed to learn how to do something, I might say, “You need to go to the store and buy x, y and z first. You can’t do it without buying x, y and z first.” I didn’t pay attention to my looping dialogue until her good-natured teasing, but I’ve self-edited ever since.

Digging into the legal industry has been helpful as clarity is key within the legal world, where wordiness and poorly-thought-out letters can lead to trouble. You’ve got to get to the point and edit out the distractions.

Letter to the Stranger 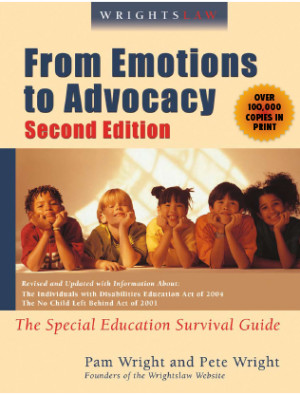 Among the best advice I’ve read about writing letters (both within and outside the legal world) is in Pam Wright and Pete Wright’s book From Emotions to Advocacy. I’m partial to the book’s “Letter to the Stranger” section, in which the authors ask readers to:

Assume that before you mail your letter, your letter slips out of your notebook and falls into the street. Later, a Stranger sees your letter and picks it up. The Stranger puts the letter in his pocket and takes it home to read. What impression will your letter make on this Stranger?

The authors offer the example of seeing “couples arguing or parents disciplining their children in public” — something we’ve all experienced. They then ask:

What was your reaction? If you are like most people, you felt uncomfortable. Perhaps you had a stronger emotional reaction. You did not like it! You felt sympathy for the person who was being humiliated. People have the same reaction when they read angry letters.

In a previous article, “How to Pitch,” I shared a number of e-mails/letters that Steve and/or Black Irish Books have received, with examples of what to keep and what to avoid within the e-mails/letters. I didn’t include “Angry Letters” as a section, but what the Wrights wrote about angry letters applies to all categories of letter writing.

Strangers receiving your letter are viewing one slice of you/your project. They don’t have the full context, just as you don’t have the background for the couple fighting in the park. That couple’s appearance in your life is similar to your letter’s appearance in the life of a journalist (or potential customer or anyone else). It is unexpected, and often unwanted, contact. Your letter can not turn off the journalist the way the arguing couple turned off passersby. You want to engage, not push away. 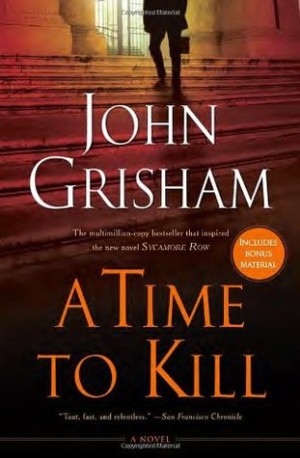 There’s a scene in John Grisham’s A Time to Kill, when head-honcho lawyer Jake Brigance is waiting for the District Attorney to finish his opening statement. Both he and the D.A. have an hour each to make their statements. The D.A. eats up every minute, which results in his losing the attention of the judge, the jury and even the court artists. Jake Brigance decides to go short. He knows:

Most people don’t like lawyers to begin with, especially long-winded, tall-talking, wordy lawyers who feel that every insignificant point must be repeated at least three times . . . Jurors especially dislike lawyers who waste time, for two very good reasons. First, they can’t tell the lawyers to shut up. They’re captives. Outside the courtroom a person can curse a lawyer and shut him up, but in the jury box they become trapped and forbidden to speak. . . . Second, jurors don’t like long trials. Cut the crap and get it over with. Give us the facts and we’ll give you a verdict.

It’s a fiction example that is repeated in the non-fiction world daily.

After you write your letter, identify the adjectives and then delete, delete, delete. Same with repeating sentences. Get your point across in the first try. Just when you think you’ve finalized your letter, read it out loud to make sure it is a letter you’d want to read yourself — and then try to cut it in half.

Many of the e-mails we receive include embellishments, such as calling a workshop or seminar a summit, or using other words to fancify reality.

Reality can be painful and it can lengthen the process, but it often leads to open-minded people who value the truth. The most extraordinary people I’ve met have been the ones who are open and honest about their personal realities.

In the comments section, following my “How to Pitch” article, John C. Thompson shared the content of a letter he wrote years ago:

Dear Jack Knopff, I just got out of prison. I accepted Christ as my Saviour and I am turning my life around. I have the rudimentary skills of a bookkeeper. Based on your expertise, what would you recommend I do. Respectfully, John C Thomson.

It was an extraordinary letter to write, so I asked John for more information. The following is an excerpt from what he sent. It’s an equally extraordinary story.

I was 13 when I was first arrested, I would be 33 when I was last released from prison (a 19 year period). I had spent 17 ½ years in confinement. What would I have learned that was transferrable to the job market? I wasn’t skilled, disciplined, nor did I have the wherewithal to conduct a successful job search. . . .

I had read several books on job hunting. While I learned how to prepare a resume, I was extremely lacking in the job experiences to put in it. I walked out of D. Wm Berry and Associate and headed to the newspaper stand on Chicago and Main St. A Crain’s Business Report headline grabbed my attention. “The Top 100 Privately Owned Companies in Chicago.” An idea slowly developed in my head, and I purchased the magazine. I would write a letter and address it to the CEO’s and presidents of companies and bypass the Human Resources Department. At first I thought I would test my plan and contact the bottom of the 100 list, but hey, why would they hire me any more than the top ones on the list? I would start by contacting the top 20 on the list, and include several local large companies in Evanston, such as Northwestern University, Evanston Hospital, Washington National and American Hospital Supply.

Now for the letter. I had nothing with which I could impress them, so I altered my approach. It was entirely opposite from what anyone else would do. In the body of the letter, I told them three things.

1) I had recently been released from prison.

2) I had accepted Christ as my Saviour and had turned my life around and was starting a new life.

3) I had the rudimentary skills of a bookkeeper.

I closed the letter with a question. “Based on your expertise and experience what would you suggest I do? After I wrote the letter, I passed it around to three English majors and my wife. I asked them to edit the letter for grammatical perfection, but don’t change the letter itself. We prayed and then mailed the letter.

Of course there is the rest of the story, but I was hired by Leo Burnett Advertising in Chicago and six months later hired away from them by Northwestern University.

I admire how honest John was about his past and how he didn’t ask for pity/sympathy. He stated the facts, kept it short, and stuck with reality. (John, if you’re reading this, I hope you’ll share the full story with all the readers).