Episode Thirty-Seven: Each Archetype Builds on the One Before

If Jungian psychology is right, and we mature from Archetype to Archetype … what happens to each Archetype as we evolve past it?

Does it go away?

Do we lose everything we’ve learned?

Rather each archetype builds on those that came before.

Our Warrior stays with us, even as we mature and evolve into higher and more complex forms.

Something went wrong. Please check your entries and try again.
Read Episode Thirty-Seven: Each Archetype Builds on the One Before Transcript Expand

What happens to the Warrior Archetype when we evolve beyond it? Does it go away? Do we repudiate it? Do we shuck it aside like a snake sheds a skin and never think about it again?

According to the KING WARRIOR MAGICIAN LOVER (and I agree completely, based on my own experience), the answer is no.

Not only does the Warrior Archetype stick with us (and this is true for any other archetype that we evolve beyond), but we build upon it.

The early archetype forms the basis and foundation for the archetypes that come after.

Have you ever seen those Russian “nesting dolls?” One fits over the other, so that the macro-doll, the completed mass, contains all the dolls, one inside another.

Here’s a photo of my friend Clint Smith. Clint is a Marine veteran of Vietnam, a Purple Heart recipient, a guy whose Warrior Archetype credentials are impeccable.

Clint is now seventy-one. He and his wife Heidi run a shooting academy called Thunder Ranch in Lakeview, Oregon. This photo shows Clint is his role as an instructor on the firing range. The rig on his chest holds ammunition magazines; he wears ear protectors on his head. 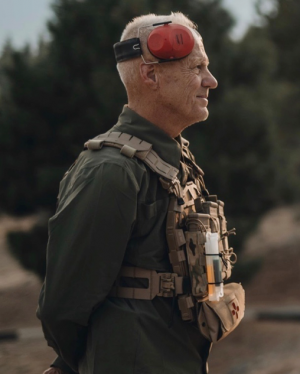 What I love about this photo is you can absolutely see in Clint the Warrior Archetype. It has never left him since his service with a CAP platoon up north near the DMZ.

But you can also see the Mentor Archetype and the Teacher. I would go so far as to say we can see the Sage.

And this is absolutely true in real life. Clint guides and mentors any number of younger men and women. They phone him at three in the morning; he stays up talking with them all night.

1. We mature from archetype to archetype.

2. The earlier archetypes stay with us as we mature.

The earlier archetypes don’t go away. Instead, they form the foundation of the higher archetypes that follow. When Clint guides his younger friends in their issues of life, family, occupation–questions that are moral and ethical and spiritual–he draws upon the strengths and the virtues of the Warrior Archetype … courage, selflessness, patience, the ideal of service, the willing embrace of adversity, love for one’s brothers and sisters, love even (especially) for the enemy, etc.

Those virtues have not gone away.

They remain embedded within the higher archetypes that have emerged as we grow and mature.