All Storytelling is About Metaphor

A boxer takes a haymaker to the jaw. He falls. He struggles to one knee as the ref stands over him, counting, ” … two, three, four … ” Watch the faces in the arena. They have become that fighter. He is living their life, their struggle. 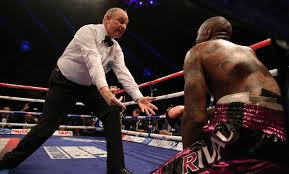 You are that fighter

You, the artist, are that fighter. You enact via your struggle (and the struggle of the characters you create), the life drama of those who look on as you fight. When we speak of “finding our own voice,” we’re not talking about finding our petty, selfish voice, mewling and sniveling about our own selfish shit. The voice we’re seeking is much bigger. It’s noble. It’s generous. It’s universal. It does not inflict itself upon the reader for its own self-interested reasons. Instead it seduces, intoxicates and incorporates the reader into a tale told of the reader and for the reader.

Can you be that artist? Can you become that boxer? Can you train yourself and discipline yourself and motivate yourself to be good enough to merit a fight in an arena, a contest that people will buy tickets to see? Have you got the speed, the strength, the mental toughness?

Are you that fighter?