All of us know brothers and sisters who have fought with incredible courage on the battlefield, only to fall apart when they came home. 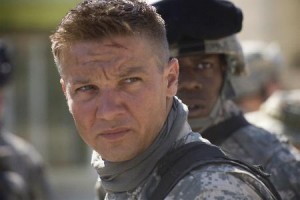 Jeremy Renner as "Sgt. James" in The Hurt Locker. He had a hard time coming home.

Why? Is it easier to be a soldier than to be a civilian?

For the warrior, all choices have consequences. His decisions have meaning; every act he takes is significant. What he says and does can save (or cost) his own life or the lives of his brothers. The nineteen-year-old squad leader and the twenty-three-year-old lieutenant often exercise more power (and in spheres of greater and more instant consequence) than their fathers, who are fifty and have been working honorably and diligently their entire lives.

Is adrenaline addictive? Is the fight? Are these tours of combat, hellish as they may feel in the moment, the best years of our lives?

Spartans and Romans and Macedonians, Persians and Mongols, Apache and Sioux, Masai and Samurai and Pashtun all share one advantage over us Americans:

They were (and are) warrior cultures embedded within warrior societies.

This is not the case in the United States.

The American military is a warrior culture embedded within a civilian society.

This state is, in the American view, highly desirable. A too-strong military, unfettered by civilian restraint, might be inclined to adventurism or worse. No citizen disputes this or wishes to set things up any other way. The joint chiefs answer to Congress and to the president—and ultimately to the American people. This is the state that the Constitution intended and that the Founding Fathers, who were rightly wary of unchecked concentrations of power, had in mind.

But it is an interesting state—and one that produces curious effects.

First, the values of the warrior culture are not necessarily shared by the society at large. In fact, many of their values are opposites.

Civilian society prizes individual freedom. Each man and woman is at liberty to choose his or her own path, rise or fall, do whatever he or she wants so long as it doesn’t impinge on the liberty of others. The warrior culture, on the other hand, values cohesion and obedience. The soldier or sailor is not free to do whatever he wants. He serves; he is bound to perform his duty.

Aggression is valued in a warrior culture. In civilian life, you can go to jail for it. 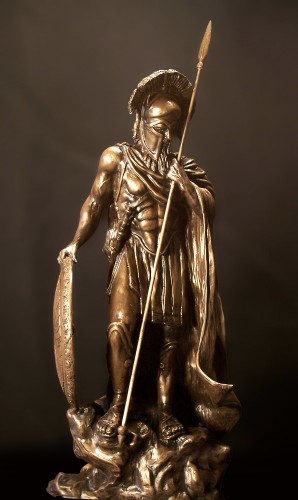 A warrior culture trains for adversity. Luxury and ease are the goals advertised to the civilian world.

Sacrifice, particularly shared sacrifice, is considered an opportunity for honor in a warrior culture. A civilian politician doesn’t dare utter the word.

Selflessness is a virtue in a warrior culture. Civilian society gives lip service to this, while frequently acting as selfishly as it possibly can.

Is it healthy for a society to entrust its defense to 1 percent of its population, while the other 99 percent thanks its lucky stars that it doesn’t have to do the dirty work?

In ancient Sparta and in the other cultures cited, a warrior culture (the army) existed within a warrior society (the community itself). No conflict existed between the two. Each supported and reinforced the other. Remember the stories about the Spartan mothers? When the Three Hundred were chosen to march out and die at Thermopylae, there was weeping and wailing in the streets of Sparta—by the wives and mothers of the warriors who were not chosen. The wives of the Three Hundred walked about dry-eyed and proud.

A hundred and fifty years later, Demosthenes, the great Athenian orator, delivered a series of speeches in the assembly on this very subject—willing sacrifice by all. The orations were called Philippics because they warned Athens against the rise of Philip of Macedonia, Alexander’s father, whose ambition was clearly to bring all of Greece under his heel.

Men of Athens, will you send your sons to contest this monster, Philip? Or have you grown so fat and happy that you care not, and dispatch instead hired troops, who are not of our blood or kin? Will these mercenaries, who fight only for profit, possess the will to hold Philip back? Or will the day come when we awake to discover that we have ceded future liberty to current ease?

The greatness of American society, like its Athenian progenitor, is that it is a civilian society. Freedom and equality are the engines that produce wealth, power, culture and art and unleash the greatness of the human spirit.

What is the place of the Warrior Ethos within a greater civilian society? That question has been asked from the days of the Minutemen through the World War II “Greatest Generation” to Vietnam and, today, to the conflicts in Iraq and Afghanistan.