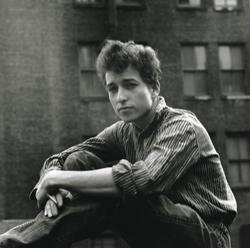 Because something is happening here.
But you don’t know what it is.
Do you, Mr. Jones?
—Bob Dylan

Bob Dylan has a Twitter account, but I’m about as certain as death and taxes that it isn’t him banging out tweets on a keyboard.

Under 400 tweets, it’s a short stream of concert updates and other announcements.

To the point. Nothing there for Mr. Jones.

I caught ESPN’s Mike & Mike this week, shaking heads over yellers at golf tournaments and athletes responding to Twitter trolls. They agreed that the yelling had to stop, but with the athletes . . . The takeaway? It’s OK for them to respond.

OK? Sure. They can do whatever they want. Good? If you’re Mr. Jones.

Those “Chewbacca” yellers at tournaments hang in the same portrait as the ones casting lines of tweet bait. A million Mr. Jones trying to hook ya.

And I’m pretty sure they were cut from the same cloth as the crew bugging Dylan and his young family back in the day.

Have you read, Chronicles, Volume One

, by Dylan? If not, buy it—or go out for the audio read by Sean Penn. I revisited that one a few weeks back and keep returning for a daily dose. Something about the rhythm. The words. Resonate. Relevant.

In Chronicles, Dylan wrote about wanting to protect his family, when he’d been anointed “the Big Bubba of Rebellion, High Priest of Protest, the Czar of Dissent, the Duke of Disobedience, Leader of the Freeloaders . . . ”—and when counterculture groupies were hounding him (and his family), on repeat, all day, every day.

It was tough moving around—like the Merle Haggard song, “. . . I’m on the run, the highway is my home.”  I don’t know if Haggard ever had to get his family out with him, but I know I did. . .

Dylan went for a bait and switch. Give the public one thing, he’d live another.

I’d have to send out deviating signals, crank up the wrecking train—create some different impressions. At first I was only able to do little things, local things. Tactics, really. Unexpected things like pouring a bottle of whiskey over my head and walking into a department store and act pie-eyed, knowing that everyone would be talking amongst themselves when I left. I was hoping that the news would spread. What mattered to me most was getting breathing room for my family. The whole spectral world could go to hell. My outer image would have to be something a bit more confusing, a bit more humdrum . . .

I went to Jerusalem, got myself photographed at the Western Wall wearing a skullcap. The image was transmitted worldwide instantly and quickly and all the great rags changed me overnight into a Zionist. This helped a little. Coming back I quickly recorded what appeared to be a country-western record and made sure it sounded pretty bridled and housebroken. The music press didn’t know what to make of it. I used a different voice, too. People scratched their heads. I started a rumor with my record company that I would be quitting music and going to college, the Rhode Island School of Design—which eventually leaked out to the columnists. “He won’t last a month,” some people said. Journalists began asking in print, “Whatever happened to the old him?” They could go to hell, too. Stories were printed about me trying to find myself, that I was on some eternal search, that I was suffering some kind of internal torment. It all sounded good to me. I released one album (a double one) where I just threw everything I could think of at the wall and whatever stuck, released it, and then went back and scooped up everything that didn’t stick and released that, too. I missed out on Woodstock—just wasn’t there. Altamont—sympathy for the devil—missed that, too. Eventually I would even record an entire album based on Chekhov short stories—critics thought it was autobiographical—that was fine. . . .

As long as my own form of certainty stayed intact, I owed nobody nothing. I wasn’t going to go deeper into the darkness for anybody. I was already living in the darkness. My family was my light and I was going to protect that light at all cost. What did I owe the rest of the world? Nothing. Not a damn thing. The press? I figured you lie to it. For the public eye, I went into the bucolic and mundane as far as possible. In my real life I got to do the things that I loved the best and that was all that mattered—the Little League games, birthday parties, taking my kids to school, camping trips, boating, rafting, canoeing, fishing . . .

Perspective and Truth: They can be played, distorted, and honored, and only the guy behind the screen knows their true identities.

So what do you do? Eat the hate bait? Go behind the screen? Ignore it all together? The need to set the record straight has a strong pull on Ego, as does the need to protect family.

I hate that he had to do it, but I like how Dylan handled it—bait and switch.

You don’t owe Mr. Jones or anyone else an answer. But if you are going to give them something to talk about . . . On your terms—without eating their bait—and then go catch your kid’s Little League game.