By Steven Pressfield | 33 Comments | The Book I've Been Avoiding Writing

I found out I was a Jew when I was thirteen. My Dad told me. I never knew until then. It was kind of a shock.

Two thoughts struck me at once:

1. If my parents have been keeping this knowledge a secret from me and my younger brother all this time, they must really be ashamed of being Jewish.

2. I myself, through thirteen years of regular-kid U.S. life, had acquired a helluva dose of anti-Jewish prejudice. In other words, I was prejudiced against myself.

I remember thinking, “Me Jewish? There must be some mistake.” I peered at my face in the bathroom mirror. Holy cow, I am Jewish! How could I have missed it all these years?

A week of shell shock and denial followed. When I emerged, I made a decision.

I decided I would get with the program. 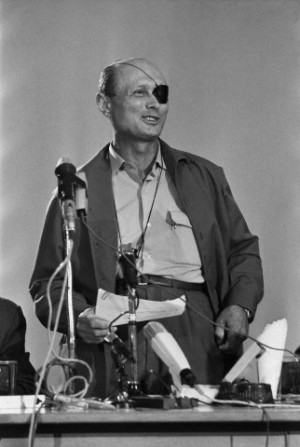 I started going to temple. There was none in my hometown so I hitchhiked to the next town. My Mom and Dad refused to drive me.

The weird part was, the real Jews at the temple rejected me. To them I was an outsider. I didn’t belong. I was the new kid from the next town who couldn’t speak Hebrew, had never had a bar mitzvah, didn’t know what Hannukah was and, to boot, had a bad attitude about being Jewish.

After about two months I realized that this new regime wasn’t working. I reverted. I went back to being a regular American.

I know how crazy all this sounds, but, trust me, scenarios like this were not that unusual in the late 50s, the heyday of the Assimilation School of being Jewish in America. Being a Jew was a secret that some parents kept even from their children.

But back to me being a regular American. I still knew I was a Jew. I began casting around for role models. What Jews or Jewish images existed in the culture that I could relate to and be proud of?

Borscht Belt comedians? Molly Goldberg? The Holocaust? I didn’t even want to think about it.

When I began encountering anti-Semitism in my own life, my confusion deepened further. I just couldn’t get any purchase on the idea of being a Jew.

All of sudden the TV was wall-to-wall with images of Jewish fighter pilots, Jewish paratroopers, Jewish tank commanders. And they were major-league studs. My mind was blown. I thought, Now we’re talking! Finally: some Jews I can relate to.

But best of all was Moshe Dayan. I had never heard of him before. What a guy! The black eye patch, the take-no-prisoners attitude. Dayan was the Warrior Jew par excellence. Every Jew in America fell in love with him and so did I.

I loved his name. I loved his charisma. I loved his wit (which was apparent from his wry comments during televised press conferences). His humor was not “Jewish humor.” It was not self-deprecating—or worse, self-loathing. It was the wit of a winner. Of a man who knew who he was and was proud of it.

Fast-forward to 2010. I have grown up, become a novelist, a writer of historical fiction, war stories. I’ve written about the ancient Spartans and Athenians, about Alexander’s Macedonians; I’ve written about British commandos in World War II. Critics have been kind enough to call me “the finest military writer alive, bar none.”

Then one day I’m thinking about the Six Day War. What a saga! A military achievement on a par with Thermopylae or Gettysburg, and it’s even deeper than that because it’s about a people’s reclaiming of their ancient heritage, liberating their holiest sites. It’s the capstone to two millennia of exile.

I say to myself, “Steve, you’ve written about half a dozen warrior cultures, but never about your own people. Don’t you think it’s about time you came home?”

That’s how The Lion’s Gate started. That was its genesis. 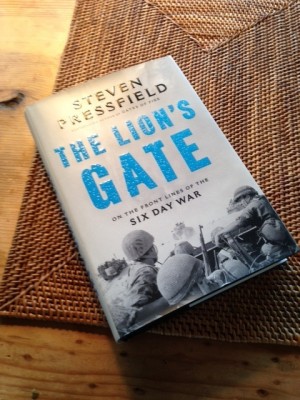 "The Lion's Gate," nonfiction coming May 6.

As I promised last week, I’m launching with this post today a new series—about my experience conceiving, researching, and writing The Lion’s Gate. Two journeys will be happening in this series. The first is the artist’s journey: the struggles of a writer to find his subject, engage it, master it, and bring a work forth, not just as a creative enterprise, but in the hard-knocks world of commerce, marketing, publicity, and so forth.

The second will be my own personal journey. What happens when a secular American Jew who can barely find Israel on a map gets on an El Al jet and immerses himself in a land and a history that are his birthright, but that he has never known?

Does he change? How? What happens to him?

What inner evolution takes place in that man’s heart through 400 hours of interviews with Israeli fighter pilots, paratroopers, tankers (not to mention wives and female soldiers) who are unlike any Jews this Yank has ever met?

I was an infantryman in the Marine Corps Reserve in June of 1967 when the Six Day War happened in Israel. How does it feel, now, after this experience, when I see the flag of Israel? Should I have been there in ’67?

Where do I belong?

I’ll be back in this space with Post #2 in two days, on Friday. Hope to see you then.