What Kind of Pitcher Are You?

By Callie Oettinger | 23 Comments | What It Takes 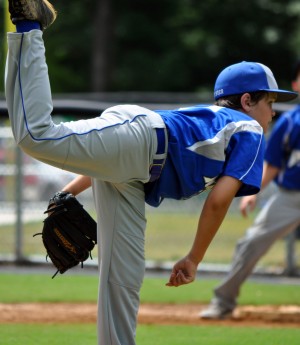 What kind of pitcher are you?

I’ve spent the past week thinking about a comment Steve made in an interview and a comment my son’s baseball coach made during a practice.

At the 20 minute mark in the interview, August Cole asked Steve what happens when he doesn’t do the work. Steve replied:

“I get symptoms . . . I’ll start to get in trouble . . . When you don’t do your work, vices start to creep into your life—and they get worse and worse and worse. They start out with potato chips and wind up with crack smoking or something like that.”

During the baseball practice, Coach asked my son if he knew why so many errors occurred after a pitcher threw consecutive balls. The answer? The players in the field are left “flat-footed”—so used to the slow pace of having the opposing players at bat walk to first base because the pitcher threw them four balls, rather than the faster pace of the opposing players hitting the balls into the infield or outfield because the pitcher was throwing strikes, which the other team either 1) missed or 2) hit. The slow pace causes the players in the field to relax, to lose their form, their awareness, so they aren’t ready when an opposing player at bat fires a ball in their direction.

The baseball example followed the interview example, and got me thinking about quality of work, rather than degrees of work—it sent me into the place between no and yes, black and white, dark and light.

If doing the work is defined as doing the things that will help you reach your goals, how is not doing the work defined? What is the opposite of doing the work? Is it so black and white, dark and light? Is the animated version of not doing the work an image of a sloth eating potato chips, on his way to smoking crack, or is it the woman toiling over her work, but not at the level needed to break out, never supercharging her engine.

How do you do that?

You could remove external distractions, learn from those who are where you want to be, practice all the time…. Do all those things that will make you better, but… It really comes down to the engine. Are you doing work, but not the work? Are you doing what looks like work and smells like work, but isn’t really the work?

I’ve had so many days when I’ve felt like I was going non-stop, but got nothing done. I’m on the mound, but throwing balls. The other team is scoring and my team is stuck in the same inning, because I’m not throwing strikes and am surrounded by errors that are the reactions to my inadequate actions. If you asked me, I’d say I had a lot going on, but got nothing done on those days — even though the work was related to the direction in which I wanted to head.

So there is a grey between that black and white of doing the work and not doing the work. On those days, I’m not the potato chip-eating sloth, but I’m not the All Star at the top of the game, either. I’m the woman toiling away, operating off an adequate engine that doesn’t fail, but doesn’t win races either. I’m the turtle who will one day cross the finish line — but the only one I’ll beat is the hare who was too busy eating potato chips and smoking crack with the sloth.

So back to that interview with Steve and the comments from Coach… Doing the work isn’t enough. It’s doing THE work that matters. It’s the difference between throwing balls and throwing strikes. I want to throw strikes every day. It’s a matter of supercharging and making that happen.