By Callie Oettinger | 5 Comments | What It Takes 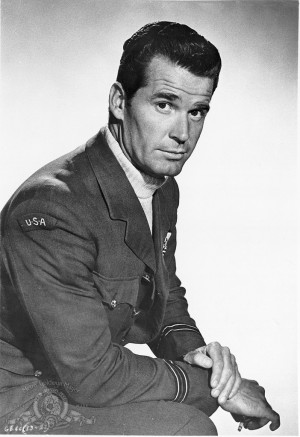 Shady and not as dashing as Hendley, but scroungers with connections, just the same. Image credit: MGM

Luther and Bobby used to put small baggies of paint in the middle of Aiken Road.

The cars flyin’ by would end up splattered, in need of a paint job.

Lucky for them, the body shop Luther’s daddy worked at was just down the road.

This was before Google and Angie’s List — when the Yellow Pages still doubled as booster seats for toddlers and people relied on word-of-mouth recommendations, and/or the closest locations, when choosing contractors, mechanics, restaurants and pretty much everything else.

The two did a fine bit of referral work for Pop, who gave ‘em a cut to keep ‘em incentivized. “Extra honey to keep ‘em happy.”

On the side they had a pest management operation. Before being fired, Bobby stole a few canisters of some sort of spray from his old job. He’d spray the neighbors’ yards at a cut-rate, then Luther would go in and spray sugar water around their houses every few months to get ‘em callin’ Bobby again. Sort of a forced subscription service. “Call when you need me,” Bobby would say. Fortunate for Bobby, they always needed his services when he needed money.

They reminded me of Hendley from The Great Escape — just the shady, not- as-dashing-as-James Garner versions.

They were scroungers with connections. If you needed it, they could get it. And if someone else needed it, you’d best guard it with your life because they’d thieve it back. They could steal a song from a mockingbird just the same as paint from a fence.

I didn’t agree with Luther’s and Bobby’s ways, but they sure did hustle. Rare to catch ‘em playin’ possum. And . . . They were saleman. They could sell sin to a Sunday School teacher.

You could say they were the first guerilla marketers of sorts that I ran into. Again, just the shady sort…

While I distanced myself from them decades ago, I do think back to them quite a bit. Yes, they went to jail. Yes, they couldn’t be trusted. Yes, they’d have your back one day and stab it the next. But . . . They were successful in their own way. Not in a millionaire with a hefty retirement sort of way, but if they had a need — or could benefit from the needs of others — they were good at gettin’ it done.

What it really came down to was that they were always available, always out front — and they were known and referred often. Need something? Call Luther and Bobby (just keep your wallet deep in your front pocket, where it’s harder to pick).

Today, you’d call them “connected,” with a well-developed mailing list of sorts. They kept in touch with “customers” and made sure their services and availability were known.

As I said, I didn’t agree with them, but I learned from them. Those connections and relationships make a difference. I just shoot for the version that’s minus the back-stabbing, thievin’ ways.