Always Be Closing — A Promotional Steal 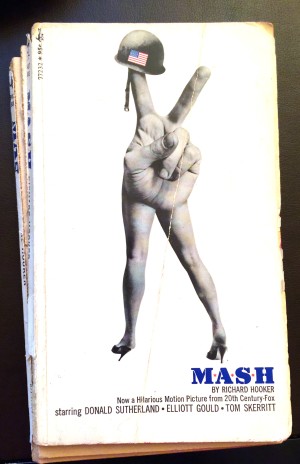 I’m stealing Shawn’s May 27th post — lock, stock and barrel — for this week’s “What It Takes” post.

Last week, Shawn advised readers to “Always Be Closing” when it comes to back cover copy.

Take what he wrote and apply it to promotional copy, whether for pitch letters, e-mails, web site content, or whatever else you’re cookin’.

That book you’re happy with? Don’t kid yourself into thinking the heavy lifting is over. Outreach copy is up next. It might not be as long, but it can sandbag your book.

This is a fundamental mistake (yes, Shawn, I’m stealing…) publicists and authors make again and again. The book is well-written and beautifully packaged, and then launched with half assed promo copy.

A half-ass example I’ve used in the past hit in 2006, following the death of Enron’s Kenneth Lay. Though it was ten years ago, my memory of reading about the pitch is still as clear as if it hit yesterday. Memorable. The pitch was sent to various media outlets, by a publicist who was pitching a book and an author. One of the columnists on the receiving end of the pitch took issue with it and shared it on the pages of BusinessWeek magazine. The following is the beginning of the pitch:

One of the top reasons why CEOs get fired is “Denying Reality.” In milder cases, a CEO will quit rather than let a horrible truth puncture their fantastical views. Or they’ll blame their workers or board. They’ll craft all sorts of psychological defense mechanisms to avoid shouldering culpability.

One could argue in Lay’s case that the truth he would be forced to confront (bankrupt company, displaced workers, destroyed nest eggs, prison, etc.) was so horrible, and so unavoidable, that his body simply shut down rather than confront a terrible reality.

Lay’s death may be the equivalent of a child sticking their fingers in their ears to avoid hearing something bad. But a lot more final.

Please let me know if you would like to speak with him.

Thanks for your time.

The publicist traveled a bridge too far with that copy. Just because you can sometimes force a circle into a square hole doesn’t mean you should.

So what should you write?

This isn’t the time to show off how many big words you know — or to try to be cutesy or over-the-top, or whatever your thing is. Stick to the facts.

What’s that one-liner that describes your project? If you followed Shawn’s instructions, you should have it available for your back cover already. Bring it on over to your promo copy. Get that up top and then keep the inverted triangle of copywriting in mind. Important stuff at the top and then info. of decreasing importance toward the bottom.

Still struggling with that tagline? Think about how you’d describe it to a friend. For example, I’ve been recommending A Man Called Ove of late. My tagline for friends: The main character, Ove, is The Odd Couples’ Felix and Oscar rolled into one. Ove has Felix’s sensibilities and heart, mixed with Oscar’s quick wit, unfiltered mouth, and low-tolerance for idiots. The result provides a back-story for that grouchy neighbor we all know, and why he’s so obsessed with HOA rules.

*You might want to go shorter on your tagline, but one thing to pull from the above is that it features examples of people already know. Aim for a tagline that makes it easy to visualize what you’re offering. You can do this by tapping into characters, books, films, etc., with which readers are already familiar. Don’t try to create a new wheel.

And by short, I don’t mean a full page. Deep-six your ego and stick to the important bits.

4. Include copy from your book.

Whether your book is fiction or nonfiction, choose specific excerpts. DO NOT send a full chapter. NO ONE is going to read your chapter.

For fiction, pull a short scene or two, such as the following, which appears on the first page, even before the title page, of my worn-out 1970 edition of M*A*S*H:

When the madcap surgeons of the 4077th Mobile Army Surgical Hospital (MASH) decided to send their houseboy to college, they weren’t going to let money stand in the way . . .

That night they decided to push their luck. The moon was bright, making helicopter flying possible, so the chopper pilots of the Air Rescue Squadron were enlisted. Hawkeye and Duke, with pictures, traveled by Jeep to prearranged points where the troops were in fair quantity. They announced the availability of personally autographed photographs of Jesus Christ, and their timing was perfect. At each point, as the sales talk ended, a brilliant phosphorous flare would be lit, and a helicopter would appear. Spread-eagled on a cross dangling beneath the chopper was the loinclothed, skinny bearded, long-haired and pretty well stoned Trapper John.

Any good act swings. The pictures sold. Back in The Swamp at 1:00 A.M. the loot was counted again. They had six thousand five hundred dollars.

If I was repping it, I’d pull bits from the pros from Dover section and the football game, too. As Hawkeye would say, I’d feature “finest kind” excerpts rather than chapters.

Thinking of movie trailers might help you with this one. They usually show the good bits, not drawn out scenes. If your book was a film trailer, what clips would you feature?

Same holds true for nonfiction and historical fiction. Pull specific excerpts and tie them to the headlines — without pushing circles into squares.

The following example is another one from 2006, this time related to the release of Steve’ The Afghan Campaign. I created a title for each section, then excerpted a section from the book, which was featured in italics and included the page number on which the excerpt resided. Each excerpt was then followed by a comment from Steve, which tied fiction to fact. Following are two excerpts from the press materials:

The Perpetual Challenge of Afghanistan

The beauty of Afghanistan lies in its distances and its light. The massif of the Hindu Kush, a hundred miles off, looks close enough to touch. But before we get there, hailstones big as sling bullets will ring off our bronze and iron; floods will carry off men and horses we love; the sun will bake us like the bricks of this country’s ten thousand villages. We are as overjoyed to be quit of this place as it is to see us go.

I scoffed, once, at [the god of Afghanistan]. But he has beaten us. Mute, pitiless, remote, Afghanistan’s deity gives up nothing. One appeals to him in vain. Yet he sustains those who call themselves his children, who wring a living from this stony and sterile land.

I have come to fear this god of the Afghans. And that has made me a fighting man, as they are. (page 363)

Afghanistan is a beautiful, historic, pitiless place. Few have conquered it for long. Alexander is among the greatest military strategists of all time and this place became his strongest challenge. The climate and the land the people come together to make this a bloody and most often regretted battlefield, from Alexander in 300 BC to the Soviet Union almost 2300 years later. And those are but two points on a long timeline. The place changes a little; it is indomitable forever.

The fight, he says, will soon be over. All that remains is the pursuit of an enemy who is already on the run and the killing or capturing of commanders who are already beaten. We will be out of here by fall, he pledges, and on to India, whose riches and plunder will dwarf even the vast treasure of Persia. “That said,” Alexander adds, “no foe, however primitive, should be taken lightly, and we shall not commit that error here.” (page 77)

Alexander’s campaign is rich in lessons for every war effort that followed. Alexander failed to get to India as soon as he expected because the war in Afghanistan refused to end. There are and will always be enemies and campaigns that continue beyond what seems to be the conclusion of major operations. When the follow-up, the sweeping up—the so-called minor operations—stretches from days into weeks, months and years, it dawns on you that “major operations” has more than one definition. What appears to be a loose end can be pulled and pulled until you’ve unraveled a lot of what you’ve done.

Think about what would appeal to you and what would convince you to buy a book. Be honest. Would you really read a five-page, single-line spaced letter, using 8-point type, from a stranger? Don’t lie.

Always be closing — and then steal what you built and apply it to another venture in need of closing.

And: ALWAYS aim for finest kind.