Chum or Cream? Asinine or Aristotle?

By Callie Oettinger | 19 Comments | What It Takes 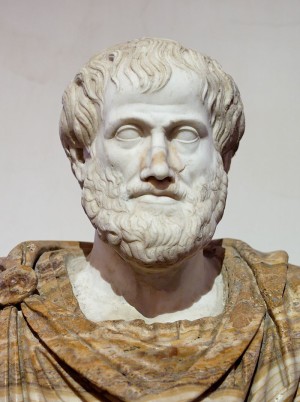 What was so great about what Aristotle had to say — or how he said it?

Congratulations Kazuo Ishiguro, on being awarded the Nobel Prize in Literature–and thank you for your stories. Bringing this back from September 2, 2016.

In Kazuo Ishiguro’s book The Buried Giant, the dragon Querig is blamed for cursing the land with “a mist of forgetfulness.” With each breath, she exhales a mist with the power to shroud those within her range in amnesia.

The mist is an unforgiving thing, wiping out the good and the bad memories. Pain and Happiness exit stage left hand and hand, with Experience and Knowledge joining them.

Axl, an old man at the center of The Buried Giant, can’t understand why a young soldier is familiar to him because Axl has no memory of his own youth. And when Axl meets an old knight, the same occurs. Why is the knight familiar to Axl and Axl in turn familiar to the knight? How could Axl, just an old man, know anything of fighting and battles?

With the emotional and experience memories, the mist stole the memories of how the The Buried Giant’s many characters connected with each other. A strange woman asks Axl’s wife, “How will you and your husband prove your love for each other when you can’t remember the past you’ve shared?”

As the story continues, we find that Merlin was responsible for infusing Querig’s breath with amnesia. In the post-Arthurian period in which the story takes place, the previously warring Britons and Saxons live in peace because they can’t remember the genocide and other atrocities that occurred. Oblivion is Bliss.

The Internet reminds me of Querig’s breath, with Information playing the role of the mist.

All the information bombarding our in-boxes and Facebook walls and Twitter feeds, is “new” — and there’s so much of it to wade through.

Instead, ignore the now and look to the past. Think about how “they” did it before the Internet.

How did Aristotle get people to listen to him? He wasn’t the only philosopher on the block. Why him?

How did Christopher Columbus pull together a trip to the New World, without a Go Fund Me campaign to back him?

How did the Wright Brothers convince people to go for a ride when crashing was a reality?

Why VHS instead of Betamax? Or Coke or Pepsi? Or Apple or Samsung?

Slay the shit at the top and dive deep for how people “did it” before all the tech and info access and you’ll find personal relationships and hard work. You’ll find some assholes, too, but in general, you’ll find that everything you need to know today has existed for thousands of years. Instead of figuring out how to game Facebook and Amazon for success today, figure out what Aristotle did it to achieve longevity hundreds and hundreds of years later.

Find out what has always worked, rather than trying to sort out what works right now.