Let’s kick off this new site on an unequivocal note: Yes, writing is fun!

You might think I’d be the last person to make such a statement, given the hardcore, iron-discipline ethic of The War of Art and my endlessly-reiterated doctrine of the struggle between Will and Resistance. But yeah, for me, writing is fun. I love it.

Let me count the ways: 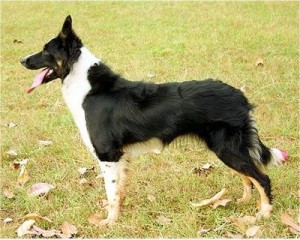 Angus and Evelyn McCall have a farm in Golspie, Scotland, and they have a border collie named Jack. Jack herds the sheep. To see Jack at the crack of dawn, leaping up behind Angus on Angus’ four-wheel ATV, and heading up to the pasture, is to witness the expression of pure joy. Jack is off to work—and he is having a blast. All day Jack drives the sheep from pasture to pasture, brings them down to the pens, herds them, rules them, protects them. He’s absorbed. He’s present. He’s in the flow. He gives 110% and can’t conceive of giving anything less. At day’s end, Angus ruffles his head, says “Good work, Jack,” and sets out a bowl of kibble. Jack’s feet have never touched the ground.

I’m like that when I work. You don’t have to pay me. I don’t even need a pat on the head. Like Jack, I’m doing what my deepest primal instincts impel me to. If happiness is making the fullest possible use of one’s faculties, that’s me. I’m using the gift I was given at birth, and all I want is the chance to keep using it.

Is this demented? There’s a great Henry Miller quote that I can’t find (help, anyone!) where he says something to the effect of, “That thing which other people call ‘life’ has never held much interest for me. What matters to me is what I’m doing right now (meaning writing.)” The full quote is a helluva lot better than that, but you get the idea. Maybe Jack and I are twisted, but work is fun for us.

2. The world of the imagination is more fun than the real world.

I know painters feel this way, and actors and dancers and entrepreneurs and adventurers of all stripes. The sphere of the project we’re working on has a juice and an immediacy that can’t be duplicated in the regular world. To the storyteller, the characters in his tale are not fiction. They’re real. They’re fun. He’d rather hang with them than with just about anybody. Their antics entertain him; their preoccupations are his as well. They teach him and inspire him—and they help him discover who he is.

Who am I? How do I find out? For me, it’s through work. I don’t know what I think until I sit down and write it. (That’s true for this post right now.) But once I’ve written it, I do know.

I have a recurring dream. In the dream, I’m moving through my house and I discover a room I didn’t know was there. A basement with a pool table, a library, a gallery for entertaining. That’s myself, that’s parts of me that I didn’t know existed. The artist or entrepreneur uncovers these elements of herself all day long as she choreographs her program, designs her video game, composes her album. What could be more fun than that?

4. Creative work makes you feel like God (or at least a minor deity).

There’s a wonderful, obscure little book called The Kybalion. It’s about Hermetic philosophy, the first of whose seven primary tenets is that “the universe in mental.” What the Hermetics mean is that nothing in creation has a corporeal existence. The stars, the planets, you and I, and Jack on the farm, are all mental incarnations of the Supreme Intelligence, a.k.a. God, or, in the Hermetics’ phrase “The All.”

The analogy that the writers of the Kybalion employ to explain this is Charles Dickens. Just as Oliver Twist and Pip and Mr. Micawber have their inception and existence entirely within Dickens’ imagination, so do you and I have our (only) being within the mind of The All.

Now, this belief may or may not be true, but consider how it feels to Dickens. He’s God. An entire cosmos has sprung full-grown from his head—and it’s not a boring, static cosmos but a dynamic, ever-changing, ever-evolving one. Wow. That’s fun!

I’m sure all passionate artists and entrepreneurs get asked this question. Friends or strangers are curious what we do in our off-hours. What’s my answer? Skiing? Sky-diving? I’m more like Woody Allen. I like a nice dinner out, a good movie. But that’s not my real fun.

My work is my fun. Yeah, sometimes it kicks my ass. Sometimes it feels like I’m wrestling an alligator. Resistance never sleeps; the battle must be fought and won every morning. But in the end, I’m like Jack the border collie. I’m a working dog. Let me ride up to the pasture on the back of Angus’ ATV, let me chase those sheep till the sun goes down, and leave me a bowl of kibble at the end of the day. That’s my joy.