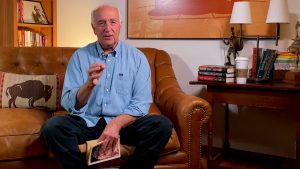 Episode Seventeen: Rightful Lord of His Own Person

The Greeks gave us democracy, courts of law, philosophy, drama, much more. 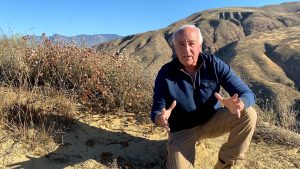 Episode Eleven: Be Brave My Heart

Combat for the ancient Greeks was an up-close-and-personal affair. Either you killed the man across from you or he killed you. 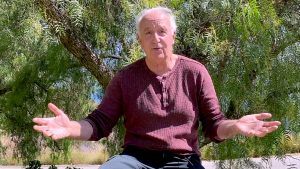 Episode Ten: Then We’ll Have Our Battle In The Shade

A writer’s story about how “Gates of Fire” came to be. 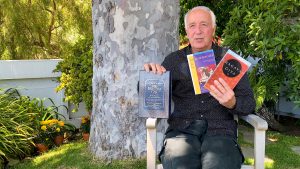 Do we study the Warrior Archetype so we can strap on a sword and march off to battle? 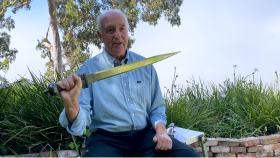 Episode Four: “Add a Step to It”

Continuing our serialization of The Artist’s Journey … to refresh our memory, the primary thesis of this book is that our evolution as writers and artists hits an inflection point on that day when we realize that our Searching Years are over, our questing dues have been paid (in other words, our “hero’s journey” has reached its completion), and we must now advance into a second journey, in which for the first time we with full awareness and seriousness embrace our calling as artists. At that point, we “turn pro” and start asking the questions all artists must ask of themselves on…

Using Your Real Life in Fiction

Today my newest novel, The Knowledge, goes on sale. (Yeah, that’s me in the photo, taken in the same era in which The Knowledge is set.) You can order The Knowledge right here in a premium “French flap” trade paperback edition not available anywhere else. Also in eBook or an eBook-plus-paperback bundle. There’s a special Holiday Bonus available too. The Knowledge is my (real-life) writer’s coming-of-age story. I’m the protagonist. The internal story is all true. The Knowledge takes place in New York City in 1974, when I was driving a cab and struggling to get my first novel published.…

Today we talk about Jeff’s work habits. Eighteen-hour days, writing via Skype with his two partners, organizing the episodes of the web series using his own digitial version of the Foolscap Method. Jeff also takes me on a tour of his house and workspace. It’s like Van Gogh’s tiny room at Arles, only with graphics-power computers, music synthesizers, a micro-recording studio—and Jeff’s bed, tucked into the only leftover space like the pallet of a fourteenth-century monk. This is what “saving all the money and putting it up on the screen” is all about. (The transcript of today’s video is below.)

Today I talk with Jeff about the actual filmmaking—casting and shooting Jeff’s web series, Camp Abercorn. Jeff talks about his first day directing (“I’m a learn-by-doing kind of guy”) and how he and his partners are working up to a full-on eight-week $500K shoot. To me, this is what being an artist in 2014 is all about and I salute Jeff and his team for doing it, on their own, not waiting for permission from anybody, taking their dreams and making them happen. (The transcript of today’s video is below.)

“What is the intent of Camp Abercorn?” In today’s conversation, Jeff speaks from the heart about his painful separation for the Scouts after 16 years because of the organization’s prohibition of gay adult leaders. (You can be a gay Scout but not a gay Scoutmaster.) Jeff talks about how much he learned from scouting and his intentions for Camp Abercorn, the show, as a sort of alternative universe that can both show the world as it is and as it might be in a less restrictive and more open future. (The transcript of today’s video—#6 of eight—is below.)

Start with this War of Art [27-minute] mini-course. It's free. The course's five audio lessons will ground you in the principles and characteristics of the artist's inner battle.