The Pain of Being Human

By Steven Pressfield | 35 Comments | Do The Work Wednesdays, Writing Wednesdays

The Gnostics believed that exile was the psychological condition of the human being. It certainly feels that way to me. 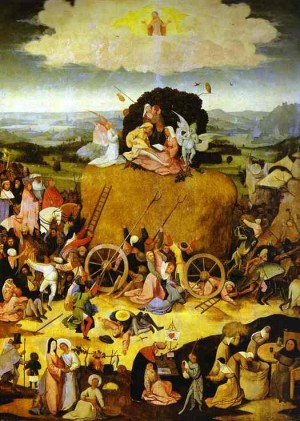 We’ve been talking about artists and addicts for the past couple of weeks. Not every artist is an addict, and certainly not every addict is an artist. But it seems to me that both share an acute, even excruciating sensitivity to the pain of being human—and both actively seek ways to overcome it, transcend it, or at least make it go away.

What is the pain of being human? To me, it’s the condition of being suspended between two worlds and being unable to fully enter into either. We can’t reach the upper realm (that belongs to the gods) but we can’t forget it either; we can’t escape intimations and half-memories of … what? Some prior sojourn, before birth perhaps, among the immortals or the stars.

Our lot instead is to dwell in the lower realm, the sphere of the temporal and the material—the timebound dimension of instincts and animal passions, of hate and desire, aspiration and fear. We’re called to the upper realm (and it is calling to us) but we’re having a pretty good time (sometimes) down here in the sphere of the senses. Bottom line: we’re marooned in the middle, stuck inside of Mobile with the Memphis blues again.

And that doesn’t even count the pain of knowing that we’re going to die. There’s another jumbo portion. Not so much fear of our mortality (because we all secretly believe that we’ll be the first person in history NOT to kick off) as frustration and anger at the unfairness of it all. If you’ll forgive me for quoting myself, here’s a passage from Killing Rommel. A poet and Oxford tutor, Zachary Stein, is making the distinction between Jewish despair and Irish despair:

“Jewish despair arises from want and can be cured by surfeit. Give a penniless Jew fifty quid and he perks right up. Irish despair is different. Nothing relieves Irish despair. The Irishman’s complaint lies not with his circumstances, which might be rendered brilliant by labour or luck, but with the injustice of existence itself. Death! How could a benevolent Deity gift us with life, only to set such a cruel term upon it? Irish despair knows no remedy. Money doesn’t help. Love fades; fame is fleeting. The only cures are booze and sentiment. That’s why the Irish are such noble drunks and glorious poets. No one sings like the Irish or mourns like them. Why? Because they’re angels imprisoned in vessels of flesh.”

The addict seeks to escape the pain of being human in two ways—by transcending it and by deadening it. Girls look prettier, jokes are funnier when we “get drunk and be somebody.” On LSD we can almost, if we’re lucky, glimpse the face of the Infinite. If that doesn’t work, we can always pass out. Both ways work. The pain goes away.

The artist takes a different tack. When I say “artist,” I mean as well the lover, the  holy man, the engineer, the mother, the warrior, the inventor, the singer, the sage and the voyager. (And remember, addict and artist can be one and the same and often are, moment to moment). If the upper realm, as Plato testifies, is the sphere of perfect love, truth, justice and beauty … then the artist seeks to call the magic of this world down and create, by dint of labor and luck, the closest-to-sublime simulacrums of those qualities as mortal measure can produce. It works, if she stays true to her muse. For the moment. For an hour or an evening.

But the condition of being human reappears with the dawn.

Resistance is the dragon that guards the gold. It’s the archangel, armed with a flaming sword, who defends the gates of Paradise.

Two ways to know if you’re taking the addict’s path or the artist’s. One, the artist’s way requires work. We have to sweat to find surcease of pain. And two, the artist’s imperative is to maintain self-sovereignty, not abdicate it. Her heart may surrender momentarily in order to hear heaven’s music, but her feet remain planted here on earth, where she will do the work to bring that song to human ears.