[The blog is on vacation this week. Here’s an encore of one of our most popular posts.]

“Write for a star” is one of the primal axioms of screenwriting, but it has applications across many other fields as well. 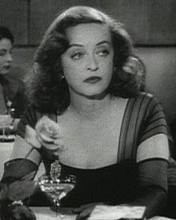 Bette Davis in "All About Eve"

What does it mean to write for a star? Writing for a star means create a role that a star wants to play. Your story may be dynamite, your structure may be sound, your theme profound and involving. But the first question a producer is going to ask is, “Who can I cast in this thing?”

Moviemakers want scripts that attract stars. Because stars make movies happen. If we’ve got Matt Damon, the bank will write us a check. If Sandra Bullock says she’s in, the studio will give us a green light.

Stars put asses in the seats. If you and I go to a basketball game, we want to see Lebron. We came out for Kobe. I have zero interest in “the field.” I’m here for the headliner.

Products can be stars. The iPhone. The iPad. (Steve Jobs himself is a star.)

Don’t get me wrong. I’m not suggesting that we cast all artistic considerations to the wind and pander to some glam/slam concept of attention-grabbing. What I am suggesting is that, at at least one point during its evolution, we evaluate our material by asking ourselves, “Who’s the star here? Do we have one? Who (or what) supplies the bizazz that we need to make this material stand out?”

If we’re opening a restaurant, who’s our star? The chef? The look? The crowd?

What’s the star of our clothing line? Our non-profit? Our start-up school?

If our script, our opening, our business venture doesn’t have a star, how do we create one? Hollywood’s rules might help us here. Consider these bonuses reserved only for stars:

Stars get the best lines.

Stars power the movie. In the climax, the star’s actions decide his own fate and define the meaning of the movie.

Even the tiniest scenes can be star moments. Did you ever see True Confessions, starring Robert Deniro? It’s a period piece, set in Los Angeles in the forties, in which Deniro plays a high-powered monsignor who is torn between the faith he wishes he could embrace and the wheeling-and-dealing he does all day long on behalf of the diocese. The legend goes that during production Deniro asked the director, Ulu Grosbard, if he could have one scene where the audience sees where his character sleeps. The director gave it to him. It’s a scene you might miss if you’re not paying attention. Deniro simply comes home from a long day among the city’s movers and shakers, mounts the stairs in the priests’ living quarters and enters a spartan room that contains nothing but a bed and an armoire. The actor has no dialogue; all he does is hang up his cardigan sweater (on a wire hanger) and sit down silently on the edge of the bed.

That’s a star scene. Only stars get Moments like that.

If we as creators are true to our calling, we’ll imbue even our most minor characters with stardust. As Francis Ford Coppola did with The Godfather. Clemenza. Johnnie Fontaine. Even Pauly. They all got to do what stars do—answer Stanislavski’s questions: Who am I, why am I here, what do I want?

I was working once with a male action star when a rival’s movie came out. The new film had a scene in which the rival star was captured by the bad guys and tortured. Next morning our star demanded a torture scene too. At the time I thought he was crazy. But he was right. A star needs a Torture Scene. It lets the audience know he’s the star.

Writing for a star is a deep topic. Much can be said, including the possibility that we ourselves are the star. But let’s leave our resolution at this for the moment:

At least once during our process (writing our novel, launching our bistro, founding our charter academy) we will ask ourselves, “Who is our star? Do we have one? And if we don’t, how can we create one?”

We’ll imagine living, breathing actors standing before us, each one representing one of our characters (or products or points of interface with our audience). Each will demand from us an answer to the following questions: “Where’s my Moment? Where’s my Torture Scene? Dude, gimme something I can play!“