In Parts One and Two we have learned—from Xenophon’s Education of Cyrus, translated by Walter Miller—of Panthea, the most beautiful woman in Asia, who was captured by Cyrus the Great but treated with such exemplary honor that she volunteered to bring her husband, the chariot commander Abradatas, over to Cyrus’s cause. 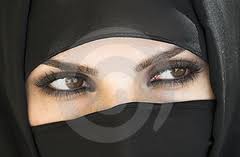 "If ever any woman loved her husband more than her own life," said Panthea to Abradatas, "I think you know that I, too, am such a one."

Indeed Abradatus, out of gratitude to Cyrus for the noble restraint he displayed toward Panthea, has joined forces with Cyrus and been granted a post of honor in the great battle with Croesus of Sardis.

Fighting in the forefront, Abradatas has been slain. Cyrus, as we pick up the tale, has just been informed of this—and of the fact that Panthea has already hastened to site of her husband’s death and sits there now, on the ground, with Abradatas’s head in her lap.

Upon hearing this, Cyrus smote his thigh, mounted his horse at once and rode with a regiment of cavalry to the scene of sorrow. He left orders for Gadatas and Gobryas to follow him with the most beautiful ornaments they could get for the man, who had fallen beloved and brave. And he ordered those who had in charge the herds that were taken with the army to bring both cattle and horses and many sheep besides to the place where they should hear that he was, that he might sacrifice them in honor of Abradatas.

And when he saw the lady sitting upon the ground and the corpse lying there, he wept over his loss and said: “Alas, O brave and faithful soul, hast thou then gone and left us?” And with the words he clasped his hand, and the dead man’s hand came away in his grasp; for the wrist had been severed by a saber in the hands of an Egyptian. And Cyrus was still more deeply moved at seeing this; and the wife wept aloud; but taking the hand from Cyrus she kissed it and fitted it on again as best she could and said: “The rest of his limbs also you will find in the same condition, Cyrus; but why should you see it? And I am in no small degree to blame that he has suffered so, and you, Cyrus, perhaps not less than I. For it was I that, in my folly, urged him to do his best to show himself a worthy friend to you; and as for him, I know that he never had a thought of what might happen to him, but only of what he could do to please you. And so,” she said, “he has indeed died a blameless death, while I who urged him to it sit here alive!”

For some time Cyrus wept in silence and then he said aloud: “Well, lady, he indeed has met the fairest of ends, for he has died in the very hour of victory; but do you accept these gifts from me … and deck him with them. And then, let me assure you that in other ways also he shall not want for honors, but many hands shall rear to him a monument worthy of us, and sacrifice shall be made over it, such as will befit a man so valiant.”

“And you,” he continued, “shall not be left friendless, but on account of your goodness and all your worth, I shall show you all honor; and besides, I will commend to you some one to escort you to the place where you yourself desire to go.”

“Ah, Cyrus,” Panthea answered, “do not fear; I shall never hide from you who it is to whom I wish to go.”

When he had said this, Cyrus went away, his heart full of pity for the woman, as he thought what a husband she had lost, and for the man, that he must leave such a wife and never see her more. They lady then desired the eunuchs to retire, “until,” she said, “I have bewailed my husband here, as I desire.” But her nurse she told to stay with her, and she charged her to cover her and her husband, when she, too, was dead, with the same cloak.  The nurse, however, pleaded earnestly with her not to do so; but when her prayers proved of no avail and she saw her mistress becoming angered, she sat down and burst into tears. Panthea then drew out a dagger, with which she had provided herself long before, and plunged it into her heart, and laying her head upon her husband’s bosom she breathed her last.

Then the nurse wailed aloud and covered them both, even as Panthea had directed.

When Cyrus heard what the woman had done, he was filled with dismay and hastened to the place to see if he could bring any help. And when the eunuchs, three in number, beheld what had occurred, they also, standing in the spot where she had ordered them to stand, drew their daggers and drove them into their own breasts.

And now even to this day, it is said, the monument of the eunuchs is still standing; and they say that the names of the husband and wife are inscribed in Assyrian letters upon the slab above; and below, it is said, are three slabs [for the eunuchs] with the inscription “The Mace Bearers.”

And when Cyrus drew near to the place of sorrow he marveled at the woman; and having made lament over her, he went his way. He also took care that they should find all due honors, and the monument reared over them was, as they say, exceedingly great.