The Hero’s Journey, Part One

I netflixed The Power of Myth last week and watched it over a couple of nights. Have you ever seen it? It’s the PBS series that Bill Moyers did in 1988, interviewing Joseph Campbell. The program was great then and it’s great now. 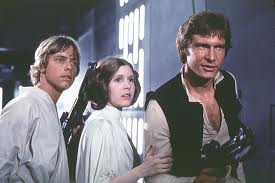 You meet all kinds of people on the hero's journey

What I realized, re-watching Joseph Campbell (tragically he died a couple of years after the series aired) was what a powerful influence his books and thought have had on me. The Hero With a Thousand Faces, Follow Your Bliss, The Power of Myth. I decided I would dedicate the next few Writing Wednesdays to exploring those subjects. I don’t know exactly what I think about them, but writing is a very efficient way to find out.

What exactly is “the hero’s journey?” What is it in myth? What is it in our psyches? Is it the software we live by? We know George Lucas built Star Wars (and Luke Skywalker’s inner journey) around the concepts in Joseph Campbell’s Hero With A Thousand Faces. But how does that stuff impact you and me? As artists, do we have hero’s journeys? What are they? What do they mean? Is the hero’s journey the same for women as for men?

What is the hero’s journey in story terms? Novelists and screenwriters use bits and pieces all the time, often unconsciously. The hero’s journey in one form or another is the template for almost every screen story from Conan the Barbarian to The Hangover. Concepts like the inciting incident and the All Is Lost moment come straight from Joseph Campbell’s studies of myth and legend. Is the hero’s journey still alive today? Can you have one in a cubicle or on Facebook?

I have my own theory about the hero’s journey as it relates to an artist’s evolution. I’m not sure exactly what that theory is, but I’ll try to hammer it out a bit over the next few weeks.

What I do think is critically important about thinking in mythic and metaphorical terms is it keeps you from going crazy. When we look at our lives, particularly when we’re young and trying to figure out who we are and what our purpose is in this lifetime (if indeed we even have a purpose), it’s easy to see the landscape of our days as constituted of chaos and disorder and ruled (if they’re ruled at all) by randomness and happenstance, animal appetites, fear, risk aversion, habit, even plain old evil.

When we think in terms like that, the world becomes a form of hell and we experience ours lives as careening in circles, heading nowhere except down the tubes.

A concept like the hero’s journey changes all that. If you’ve ever had a terrible dream—one you woke up from in a sweat, shaken to the core—and then analyzed that dream later, you may have come to see it as a breakthrough, as overwhelmingly positive. The dream may have been a warning. It might have opened your eyes or kicked you in the ass. In the end, terrible wasn’t terrible after all. You were better off having had that terrible dream.

In the hero’s journey in myth, the hero suffers terribly. He’s lost, he’s drowning, he’s thrashing around in darkness and terror. But here’s the point. The suffering isn’t random. It’s isn’t chaos, and it isn’t without meaning. In fact it’s loaded with meaning.

What makes our suffering seem random and hellish is that we perceive it without context. The idea of the hero’s journey supplies that context. If we believe it, it puts our trials into a framework that stretches back across thousands of  generations. Our ordeal is nothing new. We’re not unique; we’re not the first trolley to ever trundle down this track. Others have traveled the same path and, fortunately for us, left clues along the trackside. Guys like Joseph Campbell have helped decode those clues. Thank you, Joe!

I’ve had my own hero’s journey, and you have too. We’re both still on those journeys. Concepts like “the call” or “the wise crone” or “the chance encounter” don’t apply only to Luke or Yoda or Obi Wan Kenobi. They’re hard-wired into our psyches, I believe, like the “take me home” feature on your Mini Cooper’s navigation screen.

More to come in the next few weeks.