Something Unique To Say

If you’re a writer or artist or entrepreneur and you sometimes think to yourself, “I have nothing unique to say,” you’re wrong and I’ll tell you why. 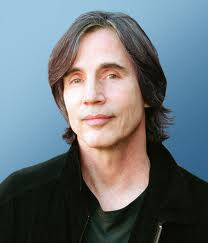 First, that voice in your head is 100-proof Resistance. It’s bullshit. I get a lot of e-mails from the trenches and, trust me, Resistance is spamming you with the same boilerplate it uses on everyone, including me.

So that’s Reason #1 not to listen to that voice.

Reason #2 is a lot deeper and more subtle.

When we think to ourselves, “I have nothing unique to say,” we are thinking with our surface mind.

The surface mind is an idiot. It knows nothing.

The surface mind is our everyday brain, the one we use for crossing the street, making out grocery lists, and applying to the Kennedy School at Harvard. The surface mind knows only three things:

What has already happened.

What it believes can happen.

What it fears will happen.

No wonder it tells us, “Hey, stupid! What makes you think you have something original to say?”

The trick is that you and I don’t write or paint or shoot film with our surface mind.

I’ve quoted Jackson Browne on this subject before. He says he writes the lyrics of a song to find out what he thinks.

What he means by that is that when he sits down to compose, he doesn’t know yet what he thinks. It is in the process that what he thinks is revealed.

The process doesn’t happen in the surface mind. It takes place in the Deep Mind.

In our surface minds, you and I may indeed have nothing original to say. But we can’t say that about our Deep Mind.

Where do ideas come from? I don’t know. Nobody knows. But come, they do. Over and over.

Is the Deep Mind collective? Is it something quasi-Jungian that we all share?

I say that because ideas that I have somehow seem to be “mine.” They bear the stamp of my unique consciousness. And I’ve seen this, again and again, in friends and colleagues. Their crazy ideas are very much “theirs.”

So the Deep Mind, in my experience, is very personal. It’s yours alone.

One of the most profound differences between an amateur and a pro is that the pro trusts that Deep Mind. He believes in the Muse. Like Jackson Browne sitting down to write a song, the pro (because he possesses, oddly enough, “beginner’s mind”) launches himself onto the blank sheet of foolscap, believing that he will find something. He doesn’t know what. He’s waiting to see. But he is certain that something will come.

That something invariably is unique, and is interesting, and is original.

The great fun of writing or painting or shooting film or starting a business is in this process of discovery. These surprises that pop out of nowhere and that we gleefully take credit for, even though in our hearts we know we didn’t create them, we just stumbled onto them.

It may help, the next time you hear that voice in your head that says you have nothing original to say, to remember that that voice is not coming from the part of your self that you write from, or paint from, or shoot film from.

That voice is coming from the shallow end of the pool.

Stay in the deep end.