The last two weeks we’ve been talking in these posts about buckling down and hitting a groove. By that I mean finding and achieving a steady, productive, working rhythm. 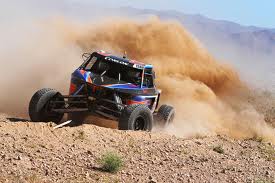 Traction. It beats brilliance every day.

Nothing gets stuff done like traction. When the rubber grips the road, we can deliver any payload. Long-range. Cross-country. Anywhere.

The opposite of traction is slippage. Spinning our wheels. Starting and stopping. Sputtering.

When we achieve traction, we’re actually accomplishing something.

Saying no means adopting a No More Mister Nice Guy attitude toward all activities that will pull us away from our objective. Including good things, fun things. We make the decision that our priority is X. Everything that is not-X, unless it’s life and death (or at least really big fun), has to take a number.

The third element is consistency. Habit.

They say at the gym that you have to train in order to train. That’s how traction is achieved. A solid day’s work on Monday makes it easier to do the same Tuesday. A strong week leads to a stronger following week.

You earn it by day-after-day consistency of effort.

That’s what my goal is now.

Thinking in blocks of time and saying no to distractions lets me sink the lugs of my tires into the mud and really dig in.

Once I achieve traction, I focus on nothing except maintaining it. I don’t overthink. I don’t second-guess. I don’t tinker.

I don’t read pages over and drive myself crazy wondering if they’re “good.” The point is not brilliance, the point is movement. The object is to gain ground.

Later, I will switch to left-brain and beat myself to a pulp striving for quality. Later. Not now.

I once read a great definition of work. This came from Frederic Raphael, who wrote the screenplays for Darling (for which he won an Oscar), Two for the Road, Far From the Madding Crowd and Eyes Wide Shut.

Work is when you have pages at the end of the day that you didn’t have at the beginning.

What produces those pages is traction.

That’s what I want now.

My mantra: I will think in blocks of time, I’ll say no to distractions, and I’ll dig my heavy-duty off-road tires into the mud day-after-day until I can feel them gripping good and solid.

Then I’ll shut off my chattering brain and keep rolling.