All Breakthroughs come with a Fever

I first came upon this concept in the writings of Laurens van der Post, the great South African. Are you familiar with him? He wrote one of my favorite books, The Seed and the Sower. The following comes from The Lost World of the Kalahari: 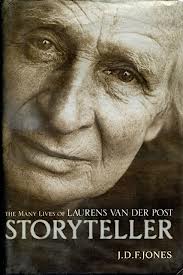 It has sometimes appeared to me that fever is designed, in part, to magnify reality, so that the imponderable contribution of the spirit to the malaise which produces fever, can become visible. There seems to be deep within it a rounding-up process of time which brings past, present, and future all lucidly together in the focus of a single symbol.

Van der Post believed that before the brain could assimilate as permanent some fresh personal advance or breakthrough, it had to recalibrate itself chemically. That was what the fever was doing. It was physically consolidating a spiritual change.

Van der Post was a friend of Carl Jung. He was deeply influenced by Jungian thinking and even made a couple of documentaries about Jung. But the bottom line for you and me as artists and entrepreneurs is this concept:

Every breakthrough is accompanied by a fever.

Which brings me to an episode that happened a couple of days ago with my friend Paul. You may remember Paul from several previous blog posts, tracking his struggles and progress as a writer.

Paul had a fever. Actually it wasn’t a fever; it was more like a nervous breakdown. His Nineteenth Nervous Breakdown. I’m exaggerating a little, but you get the idea. A nervous breakdown is a writer’s form of fever. It’s how we freak out, crap out, bust out, and blow out.

What was happening underneath it all was that Paul had made a breakthrough. He was getting better as a writer, becoming more of a pro. He had teamed up on a project with an established film-maker, and their work together was going great.

So he freaked out.

This fever expressed itself in two ways. First, Paul became convinced that everything he had written was garbage. He hated himself. He hated his work. I believe his phrase was “steaming turd.”

That was Symptom #1. Symptom #2 was expressed as a litany of furious and bitter grievances. I can relate to this myself. When I freak out, I do the same thing. Paul ran down the list of friends, family, etc. This one was screwing him. That one took him for granted. The third one didn’t appreciate him.

This was the form Paul’s fever took.

As I was trying to figure out how to talk him down from this ledge, it occurred to me that I had witnessed this same freak-out before. It happened every time Paul made a breakthrough in his work.

What is this all about?

It’s about fear of success.

It happens to all of us. We’re getting better and we can’t stand it. We’re approaching our dream, and it scares the hell out of us.

That’s the way we humans roll. We’re comfortable in the Known, no matter how crappy it is or how much we hate it. When we feel ourselves entering the Unknown, even if that Unknown is way better than the Known, not to mention something we’ve have been striving for all our lives, we panic. We freak. We melt down.

What makes this phenomenon particularly insidious is that we can never see it. We’re blind to the progress we’ve made. Resistance renders us sightless. Instead of feeling our fear, we project it outward onto others in the form of anger, resentment etc. and onto ourselves with the disapproving voices from childhood. You stink. You’re worthless. You can’t do anything right.

Paul himself has saved me more once from my own fevered breakdowns. He has sat me down and made me listen while he repeated all the good and brave things I have done over the previous X months. “Shut up! Stop getting down on yourself. Don’t you see how good you’ve done?”

So I tried to do the same for him now. “Think of where you were six months ago. Look at where you are now. Shut up and keep working. You’re doing great!”

The fever that Laurens van der Post was referring to in Lost World of the Kalahari happened not to him but to his wife. As van der Post was preparing for a particularly dangerous desert expedition, his wife, Ingaret Giffard, fell into prolonged delirium, which seemed to spring from concern for him and his safety. When she came out of it, she insisted: “Buy yourself a gun. The best in the world.”

Though van der Post was at that time not long removed from three years in a Japanese prison camp and had renounced all use of firearms, he heeded his wife’s instinct. It turned out, once deep into the Kalahari, that the gun he bought saved the expedition not once but three times.

So the next time you come down with a burning fever (or a plain old panicky/nervous freak-out), stop and ask yourself, “Have I just made some kind of artistic breakthrough that I’m refusing to recognize and to give myself credit for?”

All breakthroughs are accompanied by a fever.