The Western Wall, Part One

By Steven Pressfield | 12 Comments | The Book I've Been Avoiding Writing

Day Nine in Israel. Danny is taking me to the Kotel—the Western Wall.

I had to write a Book Proposal for The Lion’s Gate. I had never done that before. Shawn Coyne was operating as my agent on this project. Shawn is my partner in our little publishing venture, Black Irish Books. But The Lion’s Gate is much too big for Black Irish.

We need a major-league mainstream publisher for this one.

Fortunately Shawn, among his many other literary careers, has worked as an agent, most recently for Endeavor, a big-time outfit with a heavy presence in movies and TV as well as books.

Shawn walks me through the book proposal. He has put together hundreds of them over his previous 20 years in the lit biz as an editor and publisher. 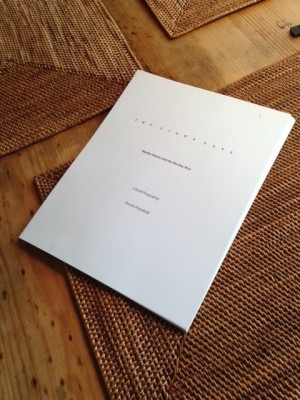 The book proposal for "The Lion's Gate."

“A book proposal is like a pitch in Hollywood, only it’s in written form, not verbal. Fifty to sixty pages. You lay out your vision for the book, including a couple of sample chapters, and explain what the target audience is and why this book will appeal to that audience.”

The point of a book proposal is to sell the book to a publisher before you’ve written it. The reason I’d never done a book proposal is that I’ve always written novels. There’s no such thing as a book proposal for a work of fiction. Fiction is too quirky, too execution-dependent. For a novel, publishers want to see the completed manuscript. Only then can they get a sense of go or no-go.

Non-fiction is different. If you’re David McCullough or Bob Woodward, you have credibility in publishers’ eyes before you’ve written a word. They know you can deliver. You can make a deal based on your reputation and a credible book proposal.

The point of a proposal, from the writer’s side, is to get a publisher to advance you money so you can write your book. But a strong, well-thought-out proposal helps the publisher too. It gives her confidence that you, the writer, can deliver what you’ve promised, that it’ll work as a book, and that readers will buy it.

In a way, the book proposal is the kavanah.

It’s the Writer’s Intention. It’s a document that lays out what he’s aiming to do.

Danny and I are approaching the Western Wall. We’ve parked my rental Toyota, jamming it between a Honda Odyssey with Palestinian plates and two motorcycles, a Ducati 250 and a battered English Triumph, parked sideways on the road that rings the monumental fortress walls of the Old City of Jerusalem.

You enter the Old City by various ancient gates—the Jaffa Gate, the Damascus Gate, Herod’s Gate, the Lion’s Gate. The closest to the Western Wall is the Dung Gate, so named because in the days of King David, this was the gate (the lowest of all in elevation) out of which Jerusalemites dumped their garbage.

We pass a knot of Israeli girl soldiers, good-looking nineteen-year-olds with ponytails, baggy fatigue trousers, and M-4 carbines slung muzzle-down over their shoulders. There is nothing remotely intimidating about them. They are on their iPhones, paying attention to no one.  Right behind the girl soldiers is a sidewalk bagel seller, an Arab, making a sale to a couple speaking German. Arab bagels are much bigger than Jewish bagels. They look like neck pillows from an airplane. You dip ’em in salt or spices. Three shekels. Seventy-five cents. They’re great.

The Western Wall—the Kotel—was the heart of my Book Proposal. I’ll get into that in detail later. The short version is that the liberation of the Kotel by Israeli paratroopers will be the emotional climax of The Lion’s Gate. 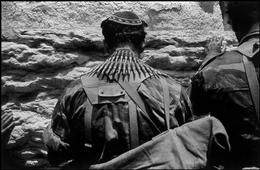 Everything in the book will build to that moment, which even to me, ignorant as I am of the Books of Judges and of Kings, is and can be nothing other than the culminating symbolic moment of all Jewish history, or at least since the legions of Rome burned Jerusalem in 70 BCE, razed the Temple, and drove the Jewish people from the holy land, dispersing them into a two thousand year exile from their homeland and their holiest site.

I am a Diaspora Jew. My name, Pressfield, has been Anglicized from its German antecedent, Pretzfeld. But even that is not a Jewish name. It’s a pass-for-white name, a faux-Gentile name, an assimilative name.