By Steven Pressfield | 11 Comments | The Book I've Been Avoiding Writing

I’m driving back from the Golan Heights with Eli. We’re on Route 6, the toll road south, passing an Arab town in Israel and I’m asking him if he believes there is any hope for peace. 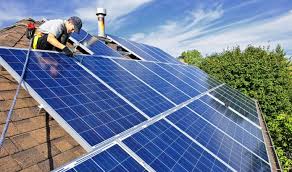 Eli calls my attention to the roofs.

“In Arab towns, even here in Israel, you will always see flat roofs. Flat roofs with rebar—iron bars for reinforcing concrete—sticking straight up out of the perimeter of the roof. Why? Because in Arab families, when the eldest son becomes engaged to be married, he is usually so broke that he has no choice but to move in, he and his bride, with his parents. He can’t afford a home of his own. That’s why you see the flat roofs. The family builds an apartment, an additional story on top of the house, and the son and his new wife move in.”

In Jewish Israeli towns, Eli continues, you never see flat roofs. You see sloped roofs, red-tiled roofs. Why? Because the sons, when they become engaged, are prosperous enough to buy their own homes. They don’t have to move in with their parents.

“Now look again at this Arab town we’re passing. See the red-tile roofs? There’s one. There’s another. I count four and I’m not even trying.”

I’m counting too. I see a number of other red tile roofs, even beyond the ones Eli is pointing out. “In other words … ”

“In other words, many Arabs in Israel today are doing very well. They are prosperous. A young husband can afford to buy his own home. He can move out of his mother and father’s place. He can live in a house with a red-tile roof.”

I ask Eli if he thinks economic prosperity will really have an impact on something so powerful and so ineradicable as national aspiration, as attachment to the land and the unshakeable belief that it belongs to you.

“Not in one generation. Maybe not in ten. But I will tell you this. As bitterly as Israeli Arabs complain about their situation, if you ask them, ‘Then why don’t you leave and move to another Arab country?’, they have nothing to say. Life is better for them here, even among the people they call their enemies, than it would be anywhere else.

“It is no small thing that we’re seeing red tile roofs in Arab towns. It shows that things are changing. A guy is not so eager to throw a bomb if he lives in a house with a red-tile roof.”