Classing Up the Joint

A few changes coming to this blog in the next couple of months: 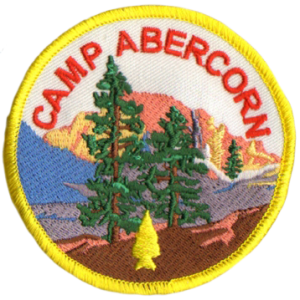 Coming soon: a trip to camp!

1. Jeff Simon, our version of Steve Jobs, has been reconfiguring the site to make it more video-friendly. We’ll have a new look soon (or as soon as Jeff can whip it together.) The plan is to do a lot more video posts and even video series. Jeff is also redesigning the look of the site to work better on mobile devices.

I hate the term “content.” But, what the hell, here is some of the (I can’t say the word) we’ve got coming up:

1. I’m gonna dial down the “Book I’ve Been Avoiding Writing” series. The reason is I want to make it into an actual book, and I want to work hard on it as a piece, without exposing too much of it prematurely. My thanks to everyone who has followed along over the previous weeks—and particularly to those who have written in to the Comments section. When the book is ready, we’ll bring it out first to our First Look members free or really cheap.

2. Shawn and I will be doing a video series about editing. Nobody seems to know what an editor does, including me. But it is make-or-break, save-your-book-or-ruin-it, indispensable, critical, cosmically necessary stuff that is even more important these days for writers to understand, because in the world of indie-pub and stripped-down Big Pub, the writer often has to be her own editor.

How will we address the editing process? We’ve got a new book coming from my original mentor, David Leddick, who was my first boss and the original Mad Man advertising superstar and remains a great friend. Shawn and I will take apart David’s newest book (called I’m Not For Everyone, Neither Are You) and show, beat by beat, how a finished project was edited, tweaked, reshaped, reconceived, reorganized and rounded into ready-to-rock-n-roll form.

3. A second video series has Shawn and me exploring memoir-writing—i.e true stuff of all kinds—and how the Foolscap Method can be applied not just to fiction but to everything from CEO-type speeches to Ph.D. dissertations. We’ll use Israeli fighter pilot Giora Romm’s memoir Solitary and show how he, Giora, took a true, incredibly traumatic ordeal (that could have been an utter debacle in the retelling) and made it into a modern classic.

4. The reason the redesigned-for-video site hasn’t been put in place sooner is that Jeff has been working on his own Major Project—a web series called Camp Abercorn that he and his partners Matt and Meg have been funding, casting, shooting, pitching, Sundancing, etc. Our third video series is me interviewing Jeff about this.

This was great fun (we shot it two weeks ago) and I’m hoping it will be fascinating for our readers. Why? Because, unless I’m mistaken, many, many of those who follow this blog are like me and Shawn—i.e. Old School lit types who read books, write books, and think in terms of publishing in the traditional sense. Jeff, on the other hand, is twenty-seven—and, like his generation, effortlessly conversant with the world of tech, of HTML (whatever that is), of the web, of crowdfunding, Kickstarter, Indiegogo, etc. Not to mention he and his partners can do all those things that Shawn and I are clueless about—direct, act, write episodic, shoot film and video, sound-edit, video-edit, write music, score, scout locations, drive deals, design, write code, manipulate the web and social media, and so forth. I won’t tell you the idea behind Camp Abercorn, except to say that there’s nothing like it on the web or TV and I think it’s gonna be great.

There’s other good stuff too (including Shawn’s Big Book on editing and story analysis, The Story Grid, in the works now), but these three video series are what’s in the immediate offing. Writing Wednesdays will continue as is and so will What It Takes. Again, everything we do, we’ll deliver early to our First Look Access members.

Thanks to everybody for sticking with us. Don’t be afraid of the new design. Shawn, Callie and I haven’t seen it yet either. No pressure, Jeff. Just make it great!