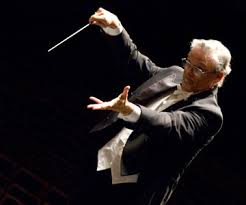 "He can edit it or reshape it or redirect it … "

We were talking last week about the purpose of this blog, both from my point of view in writing it and from the POV of those who read it. What are we doing here? What is this collective enterprise about?

I cited a phrase from Pericles’ Funeral Oration in which he praised his fellow citizens of Athens, describing each as:

… the rightful lord and owner of his own person.

In other words, individual autonomy. Pericles was talking about the ideal of the citizen in the political sense, as opposed to less independent forms of individual identity—the slave, the subject, the tribesman, etc. Pericles defined the citizen as one who was capable of reason, discernment, and discriminating intelligence on his own (again, for argument’s sake, let’s set aside the masculine pronoun and pretend that Pericles meant women as well, though of course in that era this was not yet true), free of external pressure or compulsion of all kinds.

In this blog our preoccupation (we might say our obsession) is parallel to, but not identical with, Pericles’ conception. Our aspiration, too, is the acquisition of those virtues and habits of mind that lead each of us to become “the rightful lord and owner of our own person.”

But this blog is called Writing Wednesdays. It’s about writing. It’s about the internal and external challenges faced by the artist and the entrepreneur, that is, the individual on his or her own pursuing a creative calling.

When we speak in this space of the autonomous individual, we’re talking about the individual as an artist (or the individual pursuing an ideal or enterprise in the manner of an artist, under which heading I include the mother, the philanthropist, the warrior, the athlete, the adventurer, the mystic, the priest, and more.)

To Pericles’ definition then, we’re adding a creative dimension. We’re speaking of the autonomous individual as artist.

This is where it starts to get deep.

Because the artist, at least in my experience, is not autonomous. She is not manipulating a machine or commanding a system, nor is she operating exclusively within the material dimension. She is not pulling levers and making things happen in the manner of, say, the engineer or the mechanic.

By the nature of the creative process itself, she is working with forces that are beyond her control …

She’s working with the Mystery.

Ideas come to the artist from a source she cannot name or define, let alone control. Inspiration appears out of nowhere. Next an organizing principle kicks in. How? From where? The artist doesn’t know. She can invoke this mystery; she can analyze it after the fact; she edit it or reshape it or redirect it.

But she can’t control its genesis. She can’t summon it at will, nor can she manipulate it by force, appeal, or propitiation.

The artist has learned this truth: there is another dimension of reality, or, if you prefer, a different sphere of consciousness. Jung would call it the Unconscious, or possibly the Shadow. I call it the Muse. You might call it Potentiality. Whatever name we give it, that dimension is higher and wiser than the material dimension. We can’t see it. We can’t measure it. We can’t explain it. But we work with it every day. It’s as miraculous as a sunrise and as common as dirt.

One of the reasons I’m drawn to the ancient Greeks is I love the idea of divinities with human faces. Where do ideas come from? Why not say “the Muse?” This way of thinking is congenial to me. I’m not saying it’s “real.” It just helps me personally to think of the mystery in those terms.

When the young Xenophon was debating joining Prince Cyrus’ expedition into the Persian hinterland, Socrates told him, “Ask the god.” Meaning the oracle of Apollo at Delphi.

I like that too. “The god” to me is that unseen dimension. It’s that mysterious sphere—the right brain, the unconscious, the Quantum Soup—where ideas come from.

Is this “religious?” Is it “spiritual?” For me it’s consummately practical. My philosophy comes from the artist’s workshop. I go in there each morning and my job is to come out with something that I didn’t have before I went in. How do I do that? I don’t even know, except that whatever I come out with is coming from some part of me (or some other dimension of existence) that I can’t see or touch or control.

So I’ve become “spiritual” on that subject. When I read Pericles’ conception of a citizen as one who is sovereign over his own person, I take that to mean his, the citizen’s, possession of qualities essential not just to being or becoming a worthy political entity, i.e. a functioning member of a democracy, but an aesthetic one—an artist.

Which brings us back to the concept of Resistance.

There is genius in the human heart. But there is also darkness. In Hebrew, from Genesis, the yetzer hara—a “turning toward evil.”

To reach the genius, we enter the darkness. And there is no way to enter except alone.

Thus we as artists prize and seek to acquire the virtues of self-sovereignty, of courage, self-discipline, self-belief, patience, faith in the forces of creativity. We teach ourselves to see with clear eyes, to identify the subtle and insidious forces of self-sabotage and to confront and overcome them. We train ourselves to recognize our own fear and arrogance and pettiness and narcissism, so we will not be seduced or deceived or intimidated by them.

What is our goal? Why are we doing this?

I come back to Pericles. He believed (and this was an article of faith in ancient Athens, as it is in many ways in the contemporary West) that each individual citizen, pursuing the calling of her own heart in the proper civic spirit, will produce works and insights that will redound not only to her own individual benefit but to the good of society as a whole.

Speaking for myself on a slightly deeper level, I can amplify this answer out of a negative. I pursue a calling as an artist because not to do so makes me unhappy to the point of despair and even insanity, while to do so has given meaning to my life and brought self-respect and peace of mind.

This blog, then, seems to me to be about two subjects:

First, the artist’s self-sovereignty. Like the warrior, like the single Mom, like the martial artist, like the saint, and like the free citizen of ancient Athens, the artist operates on her own. To be called the “rightful lord and owner of her own person” she must achieve mastery over her instrument, i.e. her gifts, her fears, her egotism, her self-doubt—all the whacky emotions of her unruly heart.

Second (and seemingly opposite, or at least paradoxical), the artist’s capacity for self-surrender. Anyone who tells you they do it alone is lying. The left brain works with the right. We are masters and servants simultaneously.